The world known as Terra, is a planet covered almost entirely by water. Living on small, isolated islands, the people of this world have invented air ships in a wide variety of shapes and sizes to travel from place to place. Civilization endures with the help of a very important source of power called quantum refractors.

Below the surface of Terra there exists an entirely different world. This one is dark, ancient, mysterious, and inhabited by dangerous machines known as reaverbots. The world above and the world below are linked by sub-gates, usually small buildings housing ladders or elevators that lead down into the underground. Dangers abound in these subterranean ruins but they must be explored, for this is where people obtain the highly sought after refractors.

Those who dare enter the world of the reaverbots to retrieve the refractors are known as diggers. Diggers manage to obtain enough refractors to keep the world supplied with energy. A digger's means of traveling is of course by air ship, which can take them to just about any ruin in the world. However, air ships themselves also consume the power of the refractors and so the ravaging of the ruins continues on and on.

On top of all else, there are those who seek refractors for their own personal gain as well as steal refractors from others. These air pirates also use air ships to travel the world, adding an additional dimension of danger to the occupation of digger...

The legendary Mother Lode is a rumored treasure sought after by diggers everywhere, and of all sorts. What exactly the treasure may be is the center of much speculation, but many people have their own opinions and dreams on the matter.

One possible and likely resting place for this fabulous treasure is the mysterious Forbidden Island. Far up north, the island is constantly surrounded by extremely violent storm clouds, keeping most people away, and causing the bravest never to return.

Many years ago however, two men went to the island and did return, keeping secret what they saw there. Ready to return at last, Von Bleucher and Barrel Casket ride towards Forbidden Island in a giant air ship called the Sulpher Bottom. Von Bleucher spent the entirety of his massive fortune building the great air ship, a craft strong enough to withstand the vicious winds surrounding the island, so that he and Barrel could make this return expedition.

Von Bleucher seeks the Mother Lode on the island, but Barrel is more reluctant to return. 10 years ago his daughter and son-in-law journeyed to the island and like all the rest, never returned. As they approach the island now, Barrel asks Von Bleucher one last time if he will not reconsider, but he has come too far to turn back now.

The two of them move to a large conference room where reporters and other members of the press stand waiting to hear what they have to say. As Von Bleucher begins his speech, large shutters open on the side of the Sulpher Bottom, revealing to everyone the swirling clouds and lightning surrounding Forbidden Island. They are very close indeed. The conference continues, until there is a disturbance among the people. One of the reporters is not who she claims to be.

Barrel recognizes her as Matilda, his daughter, but cannot believe his eyes. She delivers a mysterious warning to stay away from the island and then makes her escape. Among breaking glass, blowing wind and gunfire from Von Bleucher's guards, she hops out a shattered window and onto a flying reaverbot. Everyone is left mystified by this strange occurrence, but a group of air pirates disguised as reporters sense that this marks the presence of a great treasure...

Some distance away, Barrel's granddaughter Roll and her best friend Megaman watch the conference on TV in their own air ship, also shocked by the event. Roll cannot understand why her mother, if it was in fact her mother, would act in such a manner. She and Megaman head toward Forbidden Island to find out what is going on for themselves.

Getting onto Forbidden Island is a challenge in itself, and what waits to be found there will indeed be quite a surprise to everyone... So begins a grand adventure!

Mega Man and Role come in a big adventure to save her parents whome were lost in their.

Roll always have hope that her father and mother come back, and with the Help of Mega Man they explore the Forbidden Island to find her true parents.

Their is also Data the monkey, to help Mega Man and Roll in their big adventures.

Exploring Towns and Ruins to find the truth and help the needy!

The Games takes place in the Flutter (the ship) Where a Robot named Mega Man live and his Friend (Roll).

Mega Man treats Roll as his friend but some times he treats it more than that...

With the flutter they Enter Towns and their Ruins seeking to finding the 4 Secret Keys,

You will visit So many Islands and by and sell weapons, you can also form your own weapons as long as you gather specific items.

You Can Enter License Test (Digger License Tests) , and get A,B,C,S And so on and those digger license are optional but give great prizes Items or even weapons.

You basically visit so many areas in the world and interact with many character and maybe Enter missions by their orders to get specific items.

For example, in one area, You can Enter Quizes in each Area, and for each Quiz , you get a reward..

You will Fight diffrent Robots and Bosses, and you will have a Map screen to go to the place you like (From Villages to Islands...etc).

The Game will include the same music from the original game.
Last edited by a moderator: Nov 29, 2012

Approved, but please add tags as per the tagging guide.

Lunarea said:
Approved, but please add tags as per the tagging guide.
Click to expand... 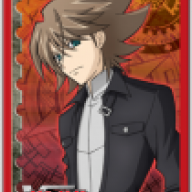 I have some MegaMan resources if you need any help. I think I have a MegaMan Volnut.

RATED-RKOFRANKLIN said:
I have some MegaMan resources if you need any help. I think I have a MegaMan Volnut.
Click to expand...

That would be really helpful , I am so looking for sprites