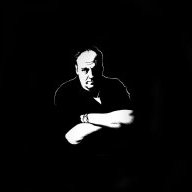 The past is never dead doctor , it is not even past...
Click to expand...

Hi all!
Mind Switch is my first game with RPG Maker MV. It is a story-puzzle based psychological rpg.

"Mind Switch" is the story of Michael Monroe who has dissociative identity disorder. He lost his mother in a fire when he was 7 years old. He had no one else so he grew up in an orphanage where he has been traumatized by evil people.

Now , he has to escape from his own mind full of traumas.
But, what about the others?...

- Your attitude towards people and your decisions change the course of the story(Different Endings)
- A psychological battle involving adventure / RPG elements
- Challenging puzzles connected with story and the character
- Completing the game in a different way by playing the character as a completely different person
- Psychological imageries hidden in dialogues, places and people

* First hour of the game focuses on the story so there are just some little decisions. The main "gaming" part comes after that

Congrats for releasing the first RPG Maker MV project of yours.

Psychological games can be nerve-breaking. Is Michael Monroe, the character the story is about, the real life Michael Monroe or not?

eluukkanen said:
Congrats for releasing the first RPG Maker MV project of yours.

Psychological games can be nerve-breaking. Is Michael Monroe, the character the story is about, the real life Michael Monroe or not?
Click to expand...

I like that attitude towards people and decisions change the course of history.
Last edited by a moderator: Sep 24, 2019