My game (mainly) works when I test it on my own mac, but when I deployed it for mac and airdropped it to a friend's mac the Saint4 SE couldn't be found and the wuxing mini game (which uses its own files) couldn't be played. I checked the project files and they all seem to be there. Any ideas what's gone wrong? (The third screenshot is of the files in the wuxing folder.) 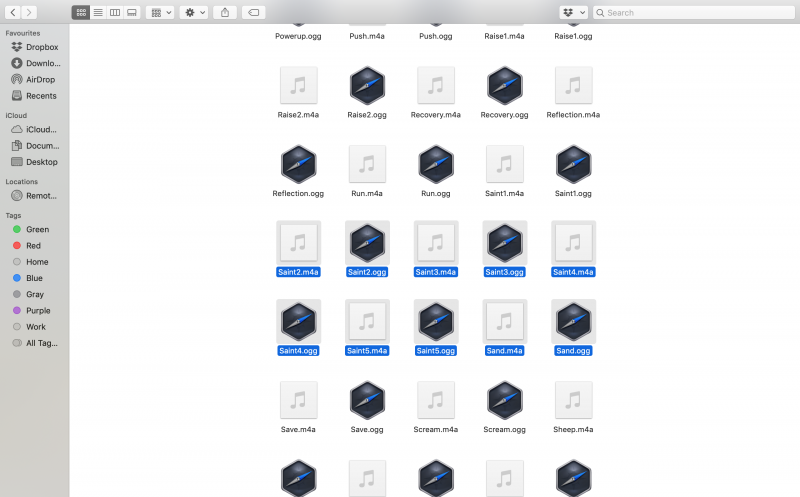 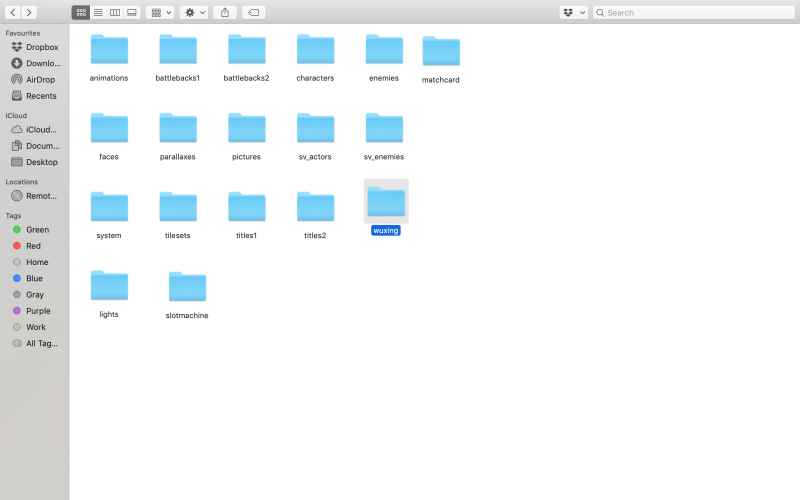 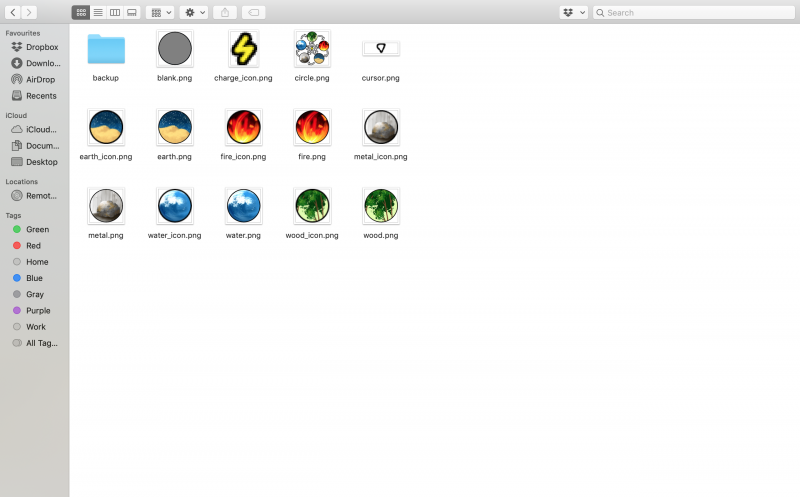 When you deployed, did you check the Exclude Unused Files box?

What uses the Saint4 SE?

It's common for resources to not be included if they're only used by plugins. There is a way for plugin creators to specify to include those resources, but I suspect most don't do it.

You could add a new plugin of your own that just lists all the plugin-only resources that you want to be included. Add it to your plugin manager and enable it. I don't know if you need to have ANY commands / code in there at all. For the requirements/format, check the help file.

I don't think so, but there's a troop command in the fight where it happens that uses Saint3, and one of the starting skills uses Saint8: maybe I remembered the file name incorrectly? But I still can't see why it wouldn't be found...

Hang on - Saint8 isn't in the project folder, but it's on my MacBook. That might be it.

JoelMarler said:
I don't think so
Click to expand...

Which question was that answering?

As I said, the Exclude Unused Files option will not include files if they're not used by the game at all, or if they're only used in plugins. So if you have a plugin that uses the SE and it's not used in any other part of the game, it won't be included. And the files required by your minigame plugin won't be included.

You could deploy again, checking that box, but leaving the other two boxes (for encryption) unchecked. After deployment, go check the www folder and see what's in the audio/se folder.

You could also deploy again, checking the encryption options but leaving the Exclude Unused Files option UNchecked, and give that to your friend. See if he has any further issues with either the SE or the minigame.

Neither of these is a solution - it's just the next step in determining what the problem is. Once we've confirmed whether it's the Exclude Unused Files option that's causing it, then we can take further steps to fix it.

I had both the exclude unused files and encryption boxes unchecked - the 'I don't know' was about what uses the Saint4 SE. I'll try finding and adding the Saint8 SE, which seems to be missing, and testing it on another mac. Thanks for the help in any case!
You must log in or register to reply here.
Share:
Facebook Twitter Reddit Pinterest Tumblr WhatsApp Email Share Link

Cythera
I am finally done making the 'superbosses' in my game!
I'm happy because oh my gosh they were a lot of work, but I'm also sad because I love database work... And also because I loved making stupid powerful bosses ._.
Today at 6:20 AM •••

Trihan
Question for anyone who reads Slip into Ruby or Jump into Javascript: do I sometimes get too "explainy" with the methods/functions? Would it be more useful if I stuck to explaining what the code is doing rather than also delving into minutiae of the technical side of it?
Today at 5:45 AM •••

l8rose
That moment when you try to figure out a color scheme for an alien ship so that it's something other than "Grey on Grey".
Today at 4:15 AM •••