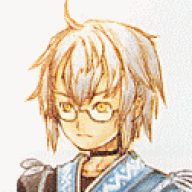 I want to get away from the classic "follow a line" or "open world" RPG, and instead make an "mission based" RPG, which is in essence in the middle of the two extremes.


A mission based RPG works as follows:


- The player has a hub world. (Headquarters, etc.) These may change as the story progresses. There, he can craft, buy, talk with characters, etc. No fighting, besides maybe an arena.


- From that hub world, he chooses a selection of missions. What missions are available, and what he does in them, can depend on a lot of factors, though they are devided to "normal" and "story".


- Each mission brings the player to a map. These may be different. And yes, that can also mean that it is just your average resource hunting map (hunting, mining, fighting, etc) with no direct goal. Instead the player leaves through an normal exit, back to the hub world at any time. I use "mission" universally here, it may be named otherwise to the gusto of the developer. ("Quest", etc.)


- If there is a goal, completing it also completes the map. (Victory fanfare, etc.) Enabling the player to leave a mission anytime thorugh the menu. Or not. (Story missions)


What the player sees before taking the mission:


- to show the player where he goes,


- how difficult it is


- how long it will take


While in a mission:


- The player does not get any rewards. Instead, he gets them all at the end of the mission. This includes all exp and similar from fights. The reasoning for that is to keep the flow going and to save time.


This has four primary goals:


- to have much of the freedom of an open world RPG while largely avoiding it's problems with narration and balancing.


- having the dramatic narrative of an JRPG while still having relative freedom.


- to give the player an controlled enviroment.


- relativly quick gameplay (for an RPG).


The first two should be obvious, but i will lay out my third and the fourth reasoning for better understanding.


For the average player, how much time something will take and what he roughly has to do, before doing it, are two important factors.


Ergo, this means no (big) surprises in normal missions. A story mission, which could change a lot of the gameplay, is labeled as such. Other then that, story missions can keep things hidden for the sake of drama, etc. Even then, most story missions should atleast give the player some clues to what he will need. Never forget: He will abuse reloading safes. That's what i mean with "controlled enviroment".


On the other side is the "relativly" quick gameplay. Reason being that most of them don't have hours upon hours to spend. But, a good open world or a good story always has surprises in store. In short, the average player will shy away from such a game. However, if the gameplay is delivered in clearly defined chunks - aka missions - the player can know, without spoiling the experience, how much time it will take.


However, i will not include time restrictions. Yes, i want to give the player an understanding on how long a mission will take, but how much time they invest is completly in their own hands. This includes the "this mission takes two days off your 90 day schedule before the end of the world" time scedule. However, this includes both extremes. They want to finish the mission in 2 hours? I let them. They want to finish the mission in one minute? I let them do that, too.

Do i have everything? I think i do. I may lay out a more detailed plan elsewhere. Now, tell me about what you think about all that.
Last edited by a moderator: Jul 19, 2016

Could be interesting. Action/spy RPG Alpha Protocol used this kind of structure. It was rather enjoyable.


I could see this work with a mercenary band or maybe a bounty hunter guild. But careful it doesn't turn into a Monster hunter like.


using a big overworld drawn map is almost a must if you want to give a feeling of scale too.

Niten Ichi Ryu said:
Could be interesting. Action/spy RPG Alpha Protocol used this kind of structure. It was rather enjoyable.


I could see this work with a mercenary band or maybe a bounty hunter guild. But careful it doesn't turn into a Monster hunter like.


using a big overworld drawn map is almost a must if you want to give a feeling of scale too.
Click to expand...

It can be used in an smaller scale then Mercenary, you know. To put it in other words: You could be your own employer. Also, why would it be bad if it became a Monster Hunter like? It is one of the most renowned game series out there.


With "big overworld map", you mean in the mission select screen? I do have similar plans, but they don't involve a huge map. I want to let the player in the dark on how big the world actually is.

Please remember to keep the discussion general.  It cannot be limited to the constraints of one particular game.  If you want that, I can merge this thread with Features Feedback.

ksjp17 said:
Please remember to keep the discussion general.  It cannot be limited to the constraints of one particular game.  If you want that, I can merge this thread with Features Feedback.
Click to expand...

I just asked what he meant with "doesn't turn into a Monster hunter like". In fact, it is a question about the system it employs, not the game specifically.


If i can't ask that in this thread, do i need to send a private message to him? Wouldn't others want to know that too?

Don't get me wrong I do love Monster Hunter. And most of the features described a very Monster Hunter-ey. But what work well in Monster Hunter is the thrill of the action of the hunt, like a reward in itself to all the preps leading to the actual fight. And the fact that mission can be replayed ad lib to get what you need. Not sure what it could be like in a non action game.


Yet it is not very rpg-ey, the gathering missions are sometimes boring and its also really about the loot and its randomization. Maybe I meant don't let that turn into a monster hunter clone. Simply because MH already exists and does it best.


And yes the overworld map suggestion is for the mission select.


I think those are indeed general concerns about mission rpgs. But as suggested by KSJP, if you wish to discuss this and develop for a game you have in mind, it would need to be in features feedback
Last edited by a moderator: Jul 20, 2016

I have hidden all the posts which are not directly relevant to the topic of the opening post.  They are, however, visible to other Mods.  That conversation is at an end and is not to be resumed.

Kanori24
Another thumb update. The nail is beginning to break away, along with the aforementioned hard and blackened dead skin. The final join has regained some of its flexibility, tho it's a bit stiff after being held still for so long. The very tip of my thumb has a strange dry and somewhat tingly feeling to it when I touch it to something, but at least it isn't numb. I am so ready for this to be over.
9 minutes ago •••