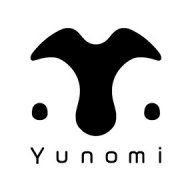 I have looked up this issue, to see if there are any mods to bring back R2K3 features into newer RPG Makers. The reason is, I loved those features in R2K3, especially the battle sprites for the player (since it looks stupid on RPG Maker XP). Not only that, R2K3 has a built in system to allow avatars to be placed on text boxes; though I already know there are tons of mods for that already. Some of the R2K3 battle sprites are awesome already, only problem is their map sprites look bad unfortunately.

On another forum, somebody said that you can create an R2K3 game in XP but not the other way around. I hope this is true! Is it possible? I saw mods for moving characters for XP, but it all looked really stupid and they should try adding the battle sprites from R2K3 to XP instead.

I actually once had an RPG Maker XP made game that not only had moving battle sprites for the player, but the enemies as well. I think I have the game imported to both my laptop and this computer, but it won't play for some reason.

This mod is a request to bring back the animated battle sprites from R2K3 to XP. Also, I could use one of the text box scripts mods for my current project.

PS : Bringing back battle sprites from R2K3 to MV would be a perfect idea, besides that requiring sprite remakes for the characters on map.

Abashi76 said:
This mod is a request to bring back the animated battle sprites from R2K3 to XP. Also, I could use one of the text box scripts mods for my current project.
Click to expand...

There are a number of scripts that craft sideview battlesystems that have animated battlers. The ACBS by Victor Sant (formerly called ATOA at the time), the original Minkoff's Animated Battlers system developed by Minkoff which I inherited and evolved over roughly a decade into AnimBat! (The Exclamation Point is part of its name.) There's Cybersam's Animated Battlers by cybersam herself. There's ccoa's Sideview System. Charlie Fleed's CTB currently still uses a version of Animated Battlers prior to its re-development into AnimBat! but only needs the most minor of changes to use AnimBat!

And if the use of actual battler sprites with 7 to 11 or more action poses at a time is too much, you can try out ParaDog's Sideview system or Claihm's CTBs which uses the actor's characterset graphics and enemy RTP-Styled battlers. A nod to older Final Fantasy-type games.


Abashi76 said:
PS : Bringing back battle sprites from R2K3 to MV would be a perfect idea, besides that requiring sprite remakes for the characters on map.
Click to expand...

RMMV has its own animated battler system.


- - - - - - - - - - - - - - - - -​
Now, I'm not familiar with RMMV's system, so I do not know if it has a built-in option to have separate weapon animations for the battlers (ie FRED has a sword which shows in battle. Finishes battle and changes to using a Spear which now shows). Insofar as RPGMaker XP, I made Brenda's Visual Battlers to do that, though it only works with various systems... not all RPGMaker sideview systems.


- - - - - - - - - - - - - - - - -​
If you are requesting to use the actual 'battlers' from RPGMaker 2003 within the other systems, some graphic editing on your part will be needed. Asking for someone to convert 2003 sprites into XP or MV battlers would be a separate request in the Resource Requests board.
You must log in or register to reply here.
Share:
Facebook Twitter Reddit Pinterest Tumblr WhatsApp Email Share Link