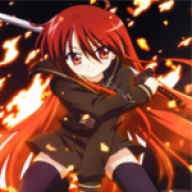 I can't seem to find any Server tiles. (I was hoping they were in the futuristic tileset dlc).

Anyway they are still very importing for my game as It has to do a lot with hacking.

As an attachment I added a screenshot of the game splintercell. I would love to see these servers in my game.

Basically one tile as the Servers which consists out of 2 tiles one above. And an extra tile wich shows the laptop

or server terminal. Note that the laptop as to be at the bottom so the player can reach it.

It would be extremly awesome if you could make does 3 tiles.

I do have more tiles I would like to see but these tiles arent as important as the 3 server tiles.

The next tile would be a vent. I know there exist alot of them right now but I haven't seen any vents with propellers. (animation would be awesome)

Don't know the english word for that. It is like this spiny thing that helps the air flow through. Sorry if I'm not very clear.

Next up I would like some Office desks. They are in the game but not really built for an office. I would like to place paper on the desk.

And last I would like the office desk to have a turn in the middle so you can have like an L shape desk.

Thats it like I said I mainly love to have the 3 server tiles with the rest I can live without.

Hope you love creating them and have fun sharing them with everyone.

Also nearly forgot to say that I am using RPG maker vx ace. The Server tiles will be used with the futuristic dlc and if it helps the office is beiing mainly created with the modern dlc.

To make square vents I use an auto tile with a grate in a single square size and put an evented fan over it; I like how it looks.


Here are the grates (tileA2)

Never thought to make the vents that way. if you haven't told me I would have never thought that this fan is exactly the tile im looking for.

Thank you for helping me find it.

use them in A4, credit me (and Enterbrain) for server tiles, shown here with Aindra's Ceiling tiles, credit her if you use them.

Laptop by DM, edit by AM, animation by me no need to credit


The laptop lines up with the server but the sprite cannot walk up to it lined up like that.


(that is what I get for working when I have insomnia. =P)


Will fix and repost later. =D Hope you like 'em.


well here is a cabinet style one until I get the originals spiffied up.

OMG! They look a hundred times better than the ones I created in my mind. I would have never thought I would get something this AWESOME.

You guys are really really talented. I could look at these tiles for days and never get bored. I don't even like putting you guys only in the credits, it's just not enough.

Gameducation said:
OMG! They look a hundred times better than the ones I created in my mind. I would have never thought I would get something this AWESOME.


You guys are really really talented. I could look at these tiles for days and never get bored. I don't even like putting you guys only in the credits, it's just not enough.

You are ever so welcome! =]


I used this set by Enterbrain/EB, which may also help you.

And I updated the resources so they should work properly in-game now. =]

Shikamon
5 months and no progression at all, i love me.
48 minutes ago •••