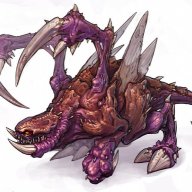 Working on the beginnings of a game, and have done a lot of looking around to get a system to work but the RPGMaker set isn't cutting it most of the time. I got the VisuStella demo set of plugins, which helped a lot for elemental handling, but it still doesn't do what I need to with statuses.

Hopefully I can incorporate this with the VisuStella ElementStatusCore to get the effect I want, but the baseline is this:
- Every enemy has an Element and a Type, which determines its weaknesses to various elements and status effects
- Elements only affect elemental weaknesses, and have been implemented.
- Type-based Status weaknesses have not been implemented, but the elemental variation from Types has.
- Each Type (Human, Tribal, Machine, etc) has varying resistances, such as Machines being immune to many statuses.
- The problem is with the State Rate Trait
I would like for the State Rate to just modify incoming statuses, and not the outgoing that it actually manipulates.

(For example: If I set an enemy to have a 25% State Rate for Poison, I want it to be given the Poison status 25% of the time when hit by a move that has a 100% chance of inflicting it)

I don't want to try and make some enormous and complicated series of checks on every attack to see if the target is of certain types, because in some instances I want these to combine with other Types, like Bosses having ~80% reduced chances to be inflicted with any status.

If you know of a plugin or something that I can modify in JS to achieve this (or something very similar), that would help immensely.

However the engine also has a small LUK boost to state rates. Its a really small change though, you almost need 999 LUK vs 1 LUK to see any noticible difference.

However the engine also has a small LUK boost to state rates. Its a really small change though, you almost need 999 LUK vs 1 LUK to see any noticible difference.
Click to expand...

That's what I thought too, but after a bunch of testing I was unable to replicate this (hence making the post).

I set the enemy and player Luck to 0, gave the enemy a State Rate for Enflamed of *10%, and used a skill called Engulf (100% chance to Enflame) and it worked every time.

Similar situation, I gave it 900% State Rate to Poison, but it wasn't guaranteed to be hit by a 50% skill.

The part that frustrates me with this is that I *did* have the results of an enemy not falling asleep because it was given a State rate of about 10% to the status, but that was a few days ago.

Check your skill. If it is certain hit it ignores state rates. You need it to be Physical Attack or Magical Attack instead.

Oh WOW really? Thanks so much, that's probably what it was! Good to know too, but is there a way I can make a physical/magical attack ignore evasion or counters? (To get a guaranteed attempt at a Blind that is adjusted by enemy resistance.) VisuStella might have something if I look hard enough, but I'm not aware of it right now.

That might be doable under the JS code in notetags. I think there is an option to boost the to hit rate of a skill in their plug-ins, but I'd have to check. I imagine if you adjust it by +999% it would not matter what their EVA is.

Or you might be able to modify the notetags with eval codes. I don't know enough on MZ and JS to tell more on how to do that though.

Let me move this to JS support too since we will need JS code for that.

It was something on my mind, since I do also want certain skills that can ignore/remove Counter states from enemies, but that's probably achievable through just the Remove State trait. But I wouldn't want my non-attacking move to trigger or remove those effects (Blind maybe, because what are you gonna counter when you're blind?).