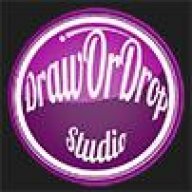 FINAL EDIT: After someone on Discord helped me a bit more, we found out this is basically a Yanfly problem and it is unlikely to be fixable, plus it might cause trouble with other plugins in the future; so I'm shifting to Victor's CTB, which doesn't cause this conflict.
Thanks for the help, this thread can be closed.

EDIT 2: I have discovered that the face animations do not work with the STB for some reason! I'm using Yanfly's BattleCore Engine and BattleSysSTB and it's when disabling the later (or setting the battle system to dtb on the former) that the animations work fine.
Sadly, my battle system's main feature depends on it being STB.
Any ideas of how to fix this?

EDIT: Moghunter repaired the dropbox link and I will try the last version of the plugin to see if my issue is fixed.
I'll report back with results!

Hello, hope you can help me.
I've been using MV for a while and in general I'm decent enough at using plugins, but MogHunter's BattleHud has been difficult.
After managing to move around everything as I wanted and customizing everything, I went on to the actor faces, wanting to use the Face Animation option.
For some reason though, it's not working, neither is any of the other parameters (zoom or shake) and it's just not working (see attached images) 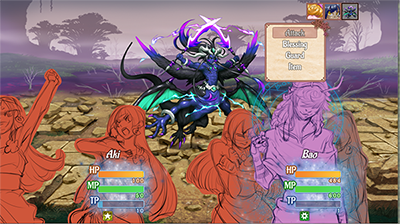 I created every expression and put them in a file one next to the other like Mog explains in the plugin's page, but I'm not sure what to do.

I can't download the latest plugin update (dropbox file is gone, mega doesn't load) and he doesn't respond to twitter messages.
Has anyone encountered this problem?

Here is the current setting and list of other plugins I am using. 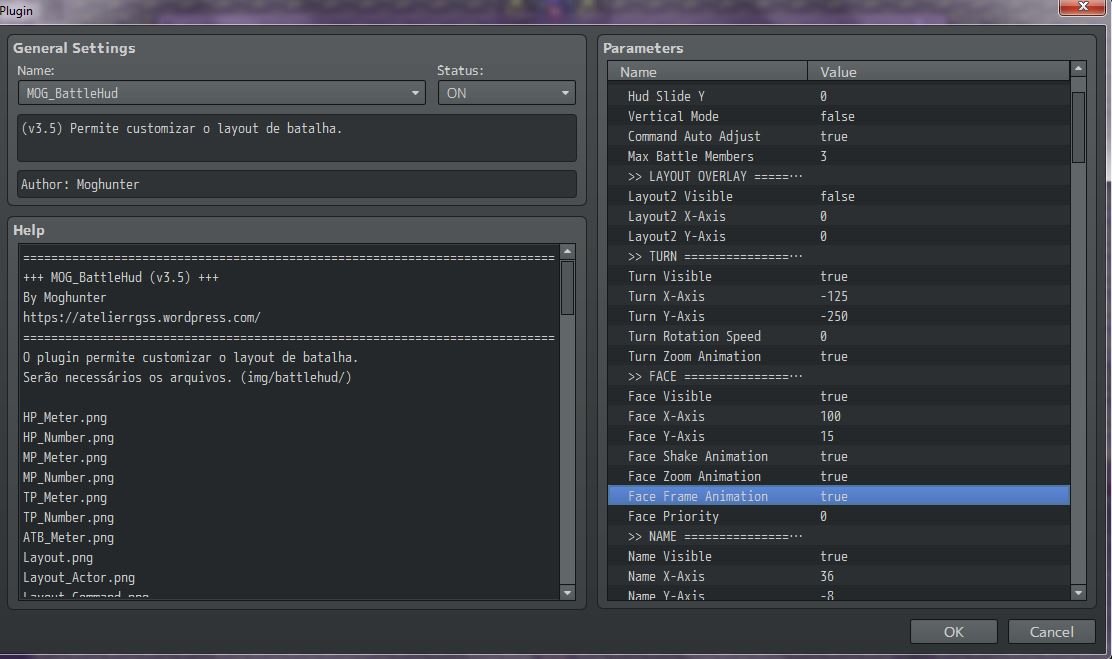 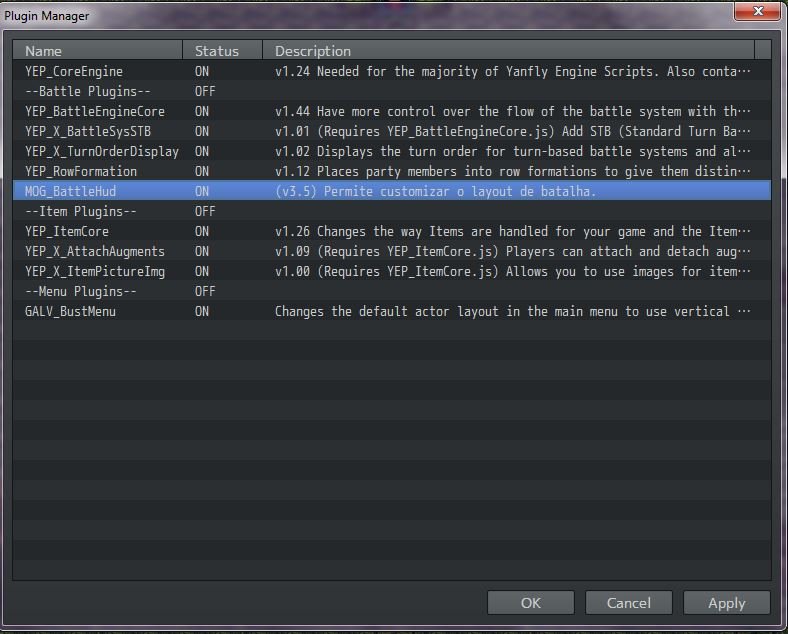 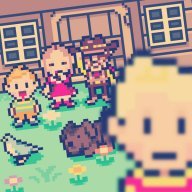 Luckily I downloaded Moghunter's plugins yesterday. This is a link to a Mediafire mirror of his Master Plugin pack, which includes what you're looking for.

Threepwood Jones said:
Luckily I downloaded Moghunter's plugins yesterday. This is a link to a Mediafire mirror of his Master Plugin pack, which includes what you're looking for.
Click to expand...

The mirror download doesn't work either for some reason no matter how many times I try it.
Is there a chance you could send or upload only the battlehud.js file?
I'd be eternally grateful if you could!

Thank you so much for your help!
Any chance I could get the battlehud.js? (The one you sent is the battleback.js )

EDIT: nvm moghunter updated the dropbox link! Thanks so much for your help!
Last edited: Jul 13, 2017

DrawOrDrop said:
Thank you so much for your help!
Any chance I could get the battlehud.js? (The one you sent is the battleback.js )

EDIT: nvm moghunter updated the dropbox link! Thanks so much for your help!
Click to expand...

LunarFlareStudios
I'm listening to iiluminaughtii talking about the secrets behind shady businesses and scams. Meanwhile I'm writing a fanfic about Sephiroth from FF7, one specifically for my stepmom. I'll get to give it to her, too, because my boss said I could take the holidays off! Dec. 22-27 I will be in Orlando, and maybe Fort Myers too, visiting my dad and stepmom!
43 minutes ago •••