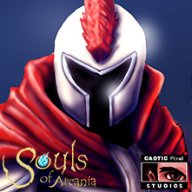 I've been searching for quite some time now, but i can't seem to find anything close to what i want:

In the SNES Final Fantasy games (but in this case i'm more inclined to set FF6 as an example), the monster flashes white two times in quick succession before performing an actual attack or skill. This is actually the default in the battle system included in RMMV; but in my game i am using most of Yanfly's scripts which changed this specific feature -- now the monster steps forward instead (I am using sideview, btw).

Is it possible for a plugin to be made wherein i just add that snippet of code just to change this specific behaviour? Moreover, have it in a way that i could control the opacity of the white flash? The default one seems like it's around half opacity instead of pure white (with the value 255). A way to control the duration of the flash and/ or how many times the monster will flash before performing an attack would be cool, too.

My game emulates the art style (and overall experience) of like playing a JRPG during the late NES or early SNES era; hence i asked.

what you need to do is either give those skills where you want that their own specific action sequences, or rewrite the default sequence with the one you want for it.
Both options are possible without plugins, you just need to follow the help files of the plugins to learn how to write the action sequence you want to happen.