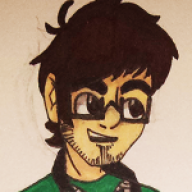 So I've asked around a bit, and I'm still in need of assistance. This is a bit of a task, but if it can happen, I would be incredibly grateful.

For my game, rather than the persistent (and somewhat annoying) random encounter system, I want to create a system where the player can not only bring up a menu system in which they can choose which enemies they would like to fight, but they also have to unlock five harder monsters by undergoing a process of monster synthesis.

For the monster synthesis, what I want is for a new menu to be brought up. When the menu is brought up, you are given three (well, technically four) options- Craft, Recipes, Ingredients. (And cancel.) When Recipes is selected, it displays the recipes that you currently have in stock. Recipes will contain the name of the monster, and the required synthesis items in order to craft it. When Ingredients is selected, I want it to display all of the synthesis items you have in stock. And finally, when craft is selected, you are given the choices of which monster you would like to craft. However, what I want is if you don't have the required synthesis items to craft said monster, the text will appear grey, will not allow you to select it, and say "???". So when you have nothing available to craft, you are only allowed to select "Cancel", yet you can still see all of the other five "???"'s there. And when you do have the required items, the name of the monster will appear normally, and you will be allowed to select it and craft it.

And one final thing that I'd love to implement. After you have unlocked a monster, and once you've defeated it for the very first time, you receive the recipe for the next monster. So truly, you will only need to search for the recipe for the first monster. That way, you can not just immediately unlock the much harder monsters.

I attempted to undergo this process, but ended up complicating things beyond comprehension, at least I believe. If I could get some help on this, it would be amazing.