As I transition this project towards the BETA Phase, I did a look back at old pics of this game and was amazed by its progress. Here's a sample of what Monstructs used to look like.

Plus I made a video of the old Making System I found from the old RMXP.net days.

Since I've switched to BETA, there is one last updated ALPHA Demo for download at Itch and Gamejolt.
Any thoughts or comment, please inbox me. T.I.A.
Last edited: Aug 4, 2018

Those old monstruct designs remind me of Dragon quest. Good luck on the game progress.

barnzie8 said:
Those old monstruct designs remind me of Dragon quest. Good luck on the game progress.
Click to expand...

That's because I used mostly sprites from that game at first. LOL Good Times....

So how many individual creatures are planned for final release?

Awesome! custom art/graphic is always nice. This game seems to have a huge database and that's a lot of monsters you created. Look forward into your project.

Thanks. I've been at this for years now and I'm working hard towards finishing this.

I've updated the 1st post of the Thread with new a new graphic, ALPHA Update and news of the BETA Branch of development. Feel free to follow the link here! Thanks again for you support!

Worked on the Menu/UI Windows for the game. I think they look good when combined with the Transparent Menu script courtesy of the great guys at the Chaos Project forums. Enjoy!

This was a decision that was hard to make, but something deemed NECESSARY! After kicking the idea around in my head for weeks (months?), I decided to cut a feature from my game-- the Battle Tiles System!

It's was designed to add some fun and variety to arena battles in the Grand Circle. It throws in a little TCG flavor into the game, which I thought was cool.


The reasons for the cut are twofold:

1. It would be hard to fully implement with my current ability.

2. It feels unnecessary at this point, as arena battles aren't a big part of the game.

To be honest, it wasn't even that hard to remove. I just deleted a few bits of code and it was done. Some time later, I do intend on bringing it back in a sequel (if folks want one, of course).


In regards to the title for this post, I am working on a hardcore feature where if you leave your Monstructs in the KO'd status for too long, there's a chance they will be DESTROYED! Picture below: 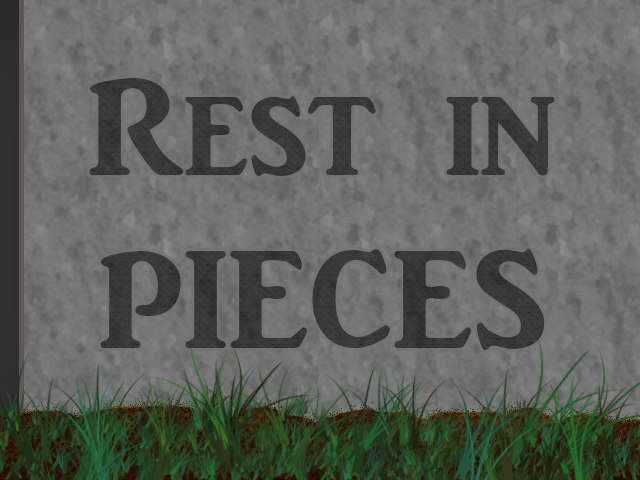 THAT'S RIGHT!! DESTROYED!!! As in hey can not be used anymore and will go in to a graveyard (hence the Headstone pic)!

Think of it as something similar to the Nuzlocke Challenge in Pokemon games. I'll currently in the works to making this a reality. It'll be something to used to add replayabilty to the game, along with another feature I'm working on.

Stay tuned to this space as I make more progress to the 1st BETA!

yeah I was proud of that

You should be. Hope you have a how to on that some day!

So I tripped upon this game and immediately downloaded it from the link in your signature. 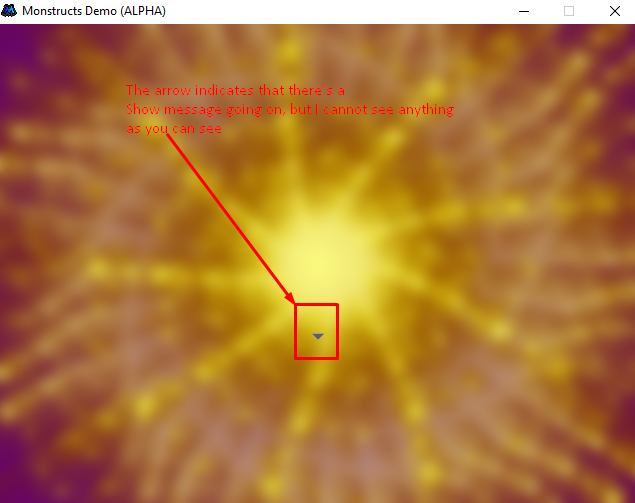 After clicking through a couple of invisible (at least for me invisible) messages, I finally encounter a game crashing error upon transition: 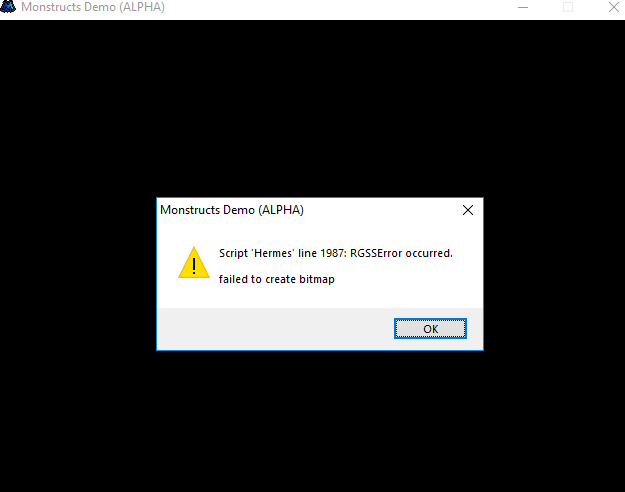 Since I don't use RMVXA, I have no idea why this error occurs, whether it's due to dll incompatibilities or something else.

You didn't install the font. or follow the READ ME file... Also, thanks for trying it. If you're still interested in playing, PM me.

It has been a while since my last project post. My work life has been a nightmare this week. But I am one group of MAPS closer to BETA. I present: Sunshine Island!

The Finish Line is in sight, folks! Thanks for following me!

I made a small playtest. And in all honesty, I did not like what I saw.

When I entered the game, I saw that in the intro there was white text behind a very bright parallax background, making it rather hard to read. As I went on to play, I encountered a gray message window, which is fine by itself, but again can create troubles with reading on bright maps.
Also, the way how the story is tailored... I don't like it to be honest. It's jumping all over the place. The game is so heavy on dialog that is even impossible to skip or speed up. Not to mention the grammar and spelling errors.
As for other areas, it wasn't better.
Music chosen there just to be there. It doesn't fit the scenes and changes so frequently that it breaks any immersion I might get in this gam,e.
You might also want to improve the graphics depth a bit. It looks 2D - even objects like Grandpa's well looked 2D.
Nevertheless, I like that you're keeping the consistency of names - nothing can be more than 4 letters long. However, you shouldn't name every batle melee, since melee is specifically meaning close range and looking at the skills it might not be that much of a melee.
There arempre things to mention, so I won't vontinue forward for ow - it's just 14h tak ne to těřkž.
As for grave bugs, I've met two thus far.
First one is showing the screen with controllers - for some reason no matter what I die, ther picture won't go off.
And there's also a passability bug somewhere. Had to go through the south, every other direction was missing.

I'm sorry for the chaotic message, but it's been long since I wanted to go to sleep. I'll fix it when I have more time to deal with it.