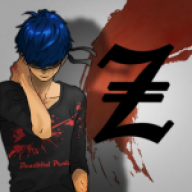 Playing around in MZ and I noticed that when issuing a Movement Route: Jump command, the Player and Followers' sprites' Z values behave really oddly. They jump over map tiles marked with a "Star" and under Events marked as "Same as characters" when they should go under map tiles marked with a "Star" and over Events marked as "Same as characters". This is a simple, small, and easily missed bug, but once you notice it, you see it every time.
Tested and confirmed that this happens by default with no plugins.
Searched around to see if anyone else had noticed this or had a fix, but information was impossible to find because of how common the term "Jump" is in the RPG Maker community.
Z
Edit: 48 hours later...still "Awaiting approval before being displayed publicly."
Last edited: Apr 3, 2021

I'll go ahead and approve this thread since it has been sitting in moderation for a while, but it looks like your attachments might not have worked properly. Try editing your post using the full editor, re-uploading the attachments, and inserting them as Full Images (or at least Thumbnails) into your post.

LunarFlareStudios
I just had my first real fire. Dad made burgers for lunch and the grill caught fire. He tried to get water but I told him you should never put water on a grease fire. So I got him the fire extinguisher under the sink and we managed to put it out. I can still smell a little of the smoke coming from the patio, but at least it's clearing. It sure was scary though.
Today at 4:52 AM •••

Puffer
was rendering a video and window decided to bsod on me fun
Today at 3:25 AM •••

Trihan
Could not for the life of me figure out how to implement the dual/triple techs in Touch the Stars in a player-friendly way. Was describing all the problems to my wife and just rubber-ducked a solution that should work brilliantly.
Today at 2:55 AM •••