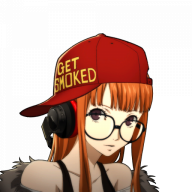 I'm making a game where the characters can be equipped with a melee weapon and a ranged weapon, similar to a handful of games in the Megami Tensei series; Devil Summoner, Strange Journey, and Shin Megami Tensei IV to name a few. I want each party member to have two generic attack options, a melee attack and a ranged attack.
How could I give each character an "Attack" and "Shoot" command?

I think this is what you’re looking for.

Rugman said:
I think this is what you’re looking for.
Click to expand...

AeroPergold
Fun Fact: My last two projects (Fursona and A Postmortem Nation) were released before I could do post-completion playtesting because I got so excited and happy I released them on the spot. Sometimes I have rubbish impulse control. smh
Today at 5:58 AM •••