Hey I was wondering if someone could convert an vx ace script to a mv plugin?


The script I would like converting is Multiple Map layers by vlue;

The reason I would like this script converting is that it's not like the other layer plugins for mv.


It's main function is to overlay one map on top of another map from notes, it used to help combat vx aces limited layers but I believe it would help greatly on mv as well but not just as a way to gain extra layers.


1st example could be to use it to create the seasons overlay like snow half covering trees,  rooftiles covered in snow, frozen lakes for winter.


Each season could have a actual different look and feel with out having to make every tree a event.


And just call the layer by season it could be done with mogs timesystem using the $gameSystem.time_system.season_name even


2nd example could be say your making a sci-fi game and one of you maps is the inside of your ship, instead of blacking out the outside you could have it show map terrain and have the map terrain change every place you visit to match the surface.


I think this script would make a great addition to mv
Last edited by a moderator: Jan 1, 2017

which one from Ace?  A link to the thread would be helpful (I'm not going to do this, but if anyone takes it on it will be easier if they have a reference).  Have you checked with Hime, who I think wrote the Ace script, to see if an MV version is planned? 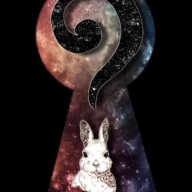 Galv wrote one for MV

Ok...so, I'm not a good scripter, and convert a script to plugin, it's not simple, but I give it a shoot!

@Cr1t1cal When bumping after you were suggested a solution, you should at least tell why you don't use that solution (that was pointed out to you on Dec28 last year),


Only if you point out something that you need and that isn't included in that script you'll have a chance of getting it right with another plugin.

@Andar I replied on why that plugin is no good as it doesn't layer a map over another map like I asked. But i edited it into main post.


And also no other layer based plugin for mv overlays a map with another.


Also no idea on what you mean by "have a chance of getting it right with another script".