What do you think of games that use two differing skill costs in a game? For example 'Magic' would cost MP as usual but 'Abilities' for example would have limited uses per battle (that can increase with uses per level or equipment).


What you find that jarring from a player perspective? Off the top of my head the only game I can think of that uses this setup is Phantasy Star 4.
Last edited by a moderator: Dec 7, 2016 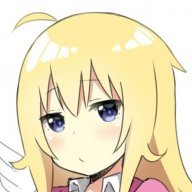 I think that the limited use abilites would be kinda ridiculous in regular enemy encounters, and the limit would only really apply during boss fights, in which if there's no way to replenish the uses they'd be underpowered maybe, but if you could replenish them, they'd be very similiar to mana.

I would recommend trying to avoid strictly limiting the amount of times a skill can be used. The best example that I can thing of where this is seen is in Final Fantasy I on the nes, where magic spells of each level can only be cast a certain amount of times. It really doesn't work very well and ends up feeling way more limiting than a more simple resource system.


I personally feel that the best way to go about different skill costs is to use a sort of resource based system. Think of something like League of Legends, where characters may have skills that cost health, or mana, or TP, or some other regenerating resource. Heck you could even take it a step further, have a blood mage whos skills cost mana and health, or a warrior who hits so hard that he hurts himself. The possibilities are endless in how you can go about skill resources.


Otherwise you could look at the throw skill in Final Fantasy. Yes it's technically limited to how many times you can use it because of items you purchased, but it gives you the feel that you can use it as much as you want, even though in reality it's limited by a lot of factors (item count, amount of gold to spend on projectiles, etc.)


Overall my point is that different or multiple costs for skills can be very good, provided that it doesn't ever feel limiting to the player.

There are lots of RPGs that have different resources for different abilities.  Skies of Arcadia uses MP for magic and shared party SP for abilities.  Star Ocean 3 alternately uses HP or MP to pay for different kinds of skills.  Several games have a Limit Break/Over Limit/etc. gauge that you use for a few specific skills in place of regular MP.  It has a slight learning curve but I don't think it's jarring to the player unless you present it poorly.


The bigger question becomes - is this being done for its own sake, or is there a reason that you want to introduce different mechanics for different types of skills?  There are a lot of good reasons to include different resources (maybe you have support skills that you don't want the player to have to burn MP on; maybe you have some very powerful skills that you don't want used at the beginning of a battle, etc.), but make sure that your mechanics add something positive to the flow, strategy, or feel of your battle system if you're going to include them.


- Standard // No limit to their use, they just represent alternate standard attacks that are better than default


- Commands // No limit to their use and you receive them as new commands, like Guard or Mimic


- Special: Summons // Final Fantasy 8 made summons the core of the game and there was no limit to how much you could use them.  They had an initial Warmup period before activating however.  In addition, given their strength, if you were attacked while one was up then the Guardian Force would take the damage instead, effectively shielding you from harm up to its health limit.  However, if it took lethal damage the summon would be cancelled and the GF would be knocked out and could no longer be summoned until revived.


I think they all provide interesting mechanics to keep combat from getting dull and whenever possible enjoy seeing ALL of them in a game, possibly unique to different characters like how Final Fantasy 6 did it.  More variety is never bad unless you're short on programming budget.


Just don't make the warmup time 3+ turns or you get another useless character like Cyan.
Last edited by a moderator: Dec 8, 2016 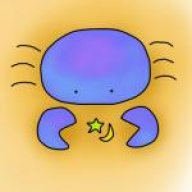 
Check Yanfly's plugin page, with his plugins you can implement most of the mechanics mentioned above.


About the topic, I think limited use skill should be based on consumables. It provides more strategy and planning for the player. I usually like to have as much "control" of the situation as I can. Too much restrain can be a little frustrating.
Last edited by a moderator: Dec 8, 2016

the only limited use ive seen that worked was in pokemon. however, i think it would be kind of rediculous adding an mp resource. As it would require a lot of rebalancing and you probably would never risk running out of mp because you would use the limited use attacks to make up for it