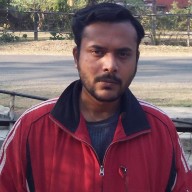 sorry, total noob here. I have a question. can I have multiple tilesets in the same map, perhaps by layers or areas? if yes how do I do it. Also how to as separate specific areas

No. One map, one tileset.

A tileset consists of 5 A tiles of different sizes and purposes, and 4 B-E tiles. You can create new tileset images and copy/paste what you want from others to combine them in new ways. If you want to do this, read up in the help file on the layouts and sizes, and I suggest you copy some of the RTP ones to new names and start with those, removing any tiles you don't want for that map / group of maps.

no, one tileset for one map.

however the trick is to make different tilesets for different maps - changing the tiles available to fit the theme of the map.

Thanks for your hints. I know it is most probably a stupid question, thanks for the help.

While generally 'no'. You can work around it using the 'change tileset' event command.
You can have one section of the map use one tileset, and another section of map using a different tileset.
And have a sort of 'bridge area' between the two areas. This 'bridge area' has the same tiles for each tileset. So you can have the tilesets switch in this area as the player goes from one end of the map to another.

I hope this makes some sense.

@SigmaSuccour But how do I separate these regions? through the r tab numbered tiles?

vivekchakraverty said:
But how do I separate these regions?
Click to expand...

the option to use multiple tilesets by changing the tileset requires a lot of eventing and is anything but easy. basically you have to keep the regions that use different tilesets so far away from each other that the player can't see the other region, because that region WILL change on changing the tileset.
And each pert where the player can travel from one region to the other would have the same tiles on both tilesets and events to use the change tileset command.

In my opinion it is easier to split the map at the connections and have it used at multiple maps with different fixed tilesets.

you can make a very easy test to see the problem: take any of your existing maps with for example the indoor tileset (or load a sample map with it).
Then go to the map properties and change the tileset to the dungeon tileset .

THAT is what was proposed, using two different tilesets and switching them on the same map will change the map in the same way, and you have to keep the parts using different tiles far away from each other so that the player doesn't see that effect.


Basically you're much better off with planning your map to use only specific tiles and different fixed tilesets.