I have a question regarding the use of older PIXI JS files in projects with newest versions of RPG Maker MV.

Because I'm now creating my project in v1.5.1 of RPG Maker MV, I'm 'forced' to use the PIXI version of 4.5.4. The problem here, is that I want to use the previous version of PIXI on that project (v.4.0.3), that was more optimized for some other things that the newest version does not allow me to do correctly.

Is there a way I can combine that older version of PIXI with the version 1.5.1 of RPG Maker MV on my project?

Navigate to the js/libs folder of your project and replace the pixi file with whichever version you would like. 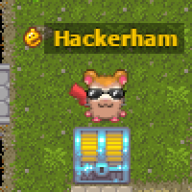 Hackerham said:
Which features from 4.0.3 do you need?
Click to expand...

One of them that it is not optimized since the release of v4.5.4 of PIXI: Better optimization for the Change Tileset command (that causes a lot of lag and frame drops issues with the newest version of PIXI).

In 4.0.3, that feature worked very well, and I also help you reporting that issue before the release of that version (for RMMV v1.4.1). For some reason, when v4.5.4 was released along with RPMMV v1.5.0, that feature dissapeared, resulting in the same issue with extreme frame drops when you use the Change Tileset command.

That is the reason I would like to use v4.0.3 in a project with core files from RPMMV v1.5.1, because there are some things like that that were better optmized.

Navigate to the js/libs folder of your project and replace the pixi file with whichever version you would like.
Click to expand...

@Aloe Guvner That does not work, since I get a "Type Error undefined is not a function". The core files from RPMMV v1.5.1 can't work with another version of PIXI. That is the reason I'm asking here how to use older versions of PIXI with the newest versions of the core files.
Last edited: Jul 17, 2018

Oh , right, i didnt fix that thing.. Can you give me a basic project with it? I lost the one i used to test this feature on my previous laptop

Hackerham said:
Oh , right, i didnt fix that thing.. Can you give me a basic project with it? I lost the one i used to test this feature on my previous laptop
Click to expand...

Sorry for the delay with the answer. I will updload the sample project as soon as possible, since I have to create one (I think the last time I didn't make one, so I need time to create a demo with that feature to test this issue with PIXI).

@Hackerham @Archeia
Sorry for the double post, I just wanted to ping you in order to give you the link to the sample project:
Sample Project (v1.5.1) PIXI Change Tileset Issue.rar

This project, working on core version 1.5.1, has a map that works with an parallel process event that makes the animation for the water with those tilesets, testing this issues with frame drops and screen tearing when using repeatedly the Change Tileset command. As I said, this issue was fixed (thanks to Hackerham) for RPGMMV v.1.4.1 (PIXI version 4.0.3), but returned when RPGMMV was updated to v1.5.0/1.5.1 (that came with the new PIXI version 4.5.4 too).

I've attached, too, a folder called "lib_PIXIv.4.0.3" inside "js/", just if you need it for testing purposes and see what kind of changes you've made in PIXI version 4.0.1 that are not present in v.4.5.4 and results on those issues with frame drops when calling the Change Tileset command.

Sorry about the triple post, but is there any news about this?

I would like to know if I need to wait until a new RPG Maker MV update, or if there is an option to use the previous version of PIXI with RPGMMV v.1.5.1.

Bastrophian
SO glad they patched outer worlds for switch! I can finally play it! Weird that other peeps are still having issues. I know it was really chugging on my lite when it first came out.
15 minutes ago •••