the paid version of the plugin lets you import real .obj 3d models and use them.

My guess is that at the very least it's probably doable to write a plugin that loads a 3d model based on a set of coordinates, then renders it and turns the resulting graphic into a Picture you can manipulate with the Move Picture command. 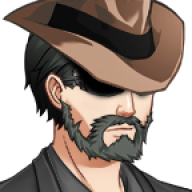 Karbonic said:
This might be jumping the gun, but I was wondering about the capabilities of Babylon.js.
Would it be possible to implement a feature to render and display a 3D model in the same way
that RPG Maker handles pictures? I could see this being a huge help in terms of certain scenes.

Of course, this isn't related to mapping, and would probably end up as a different script if anything.
Still, does babylon have that sort of capability?
Click to expand...

This is already implemented, but you need to have the mv3d-patr3on.js that you can obtain from the Dread_Nyanak's patr3on page. 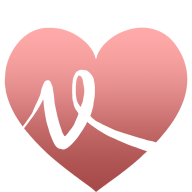 @cuzisaidso
170 pixels is about 3.5 tiles. You're including a bit of empty space under the lamp in your rectangle. I think that's why it floats. 3 tiles would be 144px. 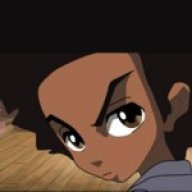 @Dread_Nyanak
Is there some kind of "best practices" when updating the plugins in your projects? I've noticed the following occurring after updating mv3d and premium? 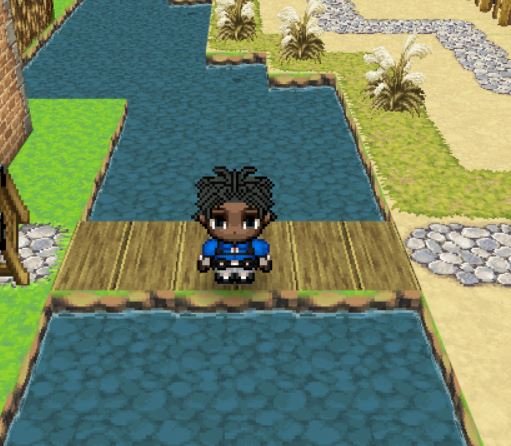 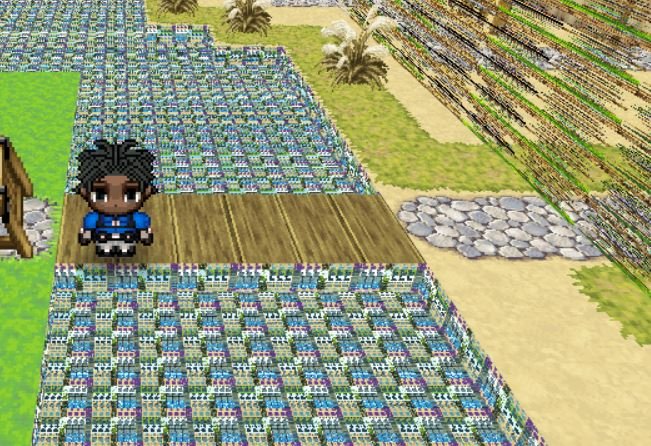 @DTurtle you can't use yanfly's doodads with mv3d. And you kinda never will.
Doodads just put the image in the 2d map, in the position.
mv3d does not draw the 2d map, instead draws a brand new 3d map using the map's tile data.
You may ask Dread to make something similar to doodads later, to make it just be a free image appearing on the map unrelated to tiles or events like doodads are, but it will basically be making it from scratch to simulate the doodads, not really using anything from doodads there but the idea.
And with the kind of work it could take I think it would definitely be *******-only, by the way.

And your character on map problems... pretty sure your "house" is basically just... closer to the camera than the player there. just because it has transparency doesn't make it be behind. As it is a 3d envoirement instead of just 2d at an angle, the player is going behind the house there. Putting it on the ground would be using "flat" instead of "cross", and it would kinda put it under the slopes behind it too... my suggestion, separate it into different pieces and put them over actual 3d walls there. Would be a bit more work, though.

@christinaskullgem I think it was added the newer versions, but didn't read the new wiki yet to be sure. But I do know you can use 3d models now, so there is that?

@maliyana what program did you use to make those models? as someone said earlier, some seem to make incompatible objects. You can open it in programs that don't have this problem and save again there for it to work though.

@cuzisaidso the newer versions, 0.6.0 and up, have a new way to set an area of the images by pixel - specificaly, the length and width, just the number would be the number of tiles (as in, 1 is 48 pixels, 2 is 96 and so on), to use actual pixels as width/height you need to put px beside the number, like 48px 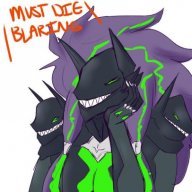 YoraeRasante said:
@maliyana what program did you use to make those models? as someone said earlier, some seem to make incompatible objects. You can open it in programs that don't have this problem and save again there for it to work though.
Click to expand...

Some I've downloaded from Turbosquid, others were from Blender, and Maya. Any software you would recommend?

@maliyana I'm not much into 3d programs, but heard good things about bforartists2, which seems to be a version of blender with a different ui? In fact, pretty sure it was what the person that had a similar problem said they used.

YoraeRasante said:
@cuzisaidso the newer versions, 0.6.0 and up, have a new way to set an area of the images by pixel - specificaly, the length and width, just the number would be the number of tiles (as in, 1 is 48 pixels, 2 is 96 and so on), to use actual pixels as width/height you need to put px beside the number, like 48px
Click to expand...

Ok, that actual helped me track down my second issue. With 0.6.0 and up I have to redo the lamp post and change the water settings from the demo. Thank you. 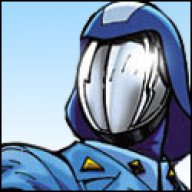 jacktarma said:
how do one go about using the different textures for n,s,e,w?
Click to expand...

asked this a couple of days ago, nobody knows?
thought that this could already be done with version 0.6.0

as stated by dread-chan here:

@jacktarma yeah we are kinda still kinda kep in the dark there
Dread started putting the instructions on a new wiki so we don't need to keep visiting the github or opening the help, but it is still new so that isn't explained there yet.

On the demo there is a map called Map001. It is clearly the main testing map.

Among the notetags there is the <mv3d-tiles> block (a block to change tiles settings per map, like <mv3d-regions> does for region settings), and in it this line:

(the + and - were added on 0.6 too, just like the px thing. they make it take the relative position to the part of the tileset instead of having to set it all by hand. Makes sense, since for some time you could set more than one tile at once, as shown in other demos by having a whole line of A5 tiles set as slope)

It uses the "Inside" tileset, so that makes the changed tile the ceiling part of the red brick wall. 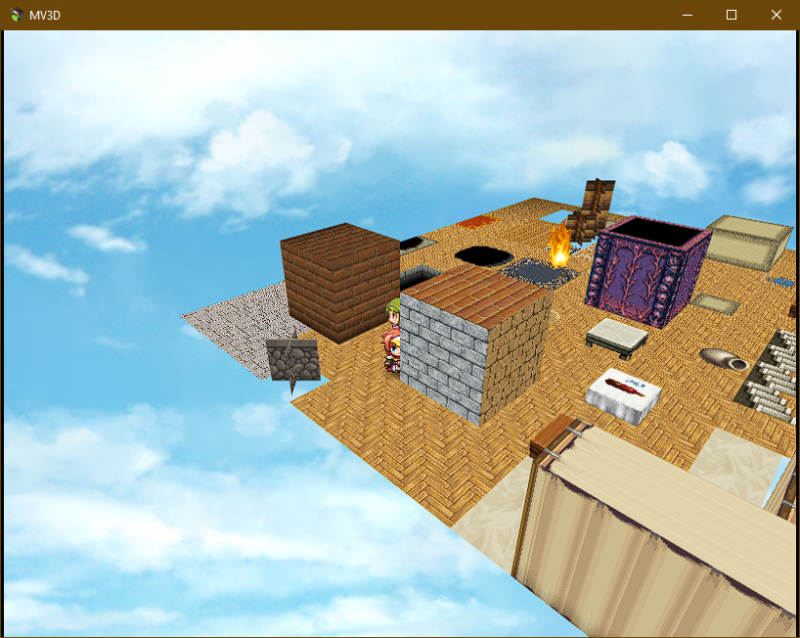 (this angle because the others are just normal front and the darker one, as shown behind, and it... just looks like normal but in the shadows, these two sides are clearly different and thus thought would show it better)

Alright, got it and thanks.

Something to take note of: I noticed that there is a +1-2 pixel protrusion at the top of a "tile face" event when deployed for mobile . Hence the reason why i was asking about the n/s/e/w face tile feature.

also noticed that ambient fog is very different now compared to pre-0.6 versions. it seemed alot less obvious and doesn't "hide" the far tiles like it used to. now xcross or 8cross tiles/events would look "skeletal" from a distance - used to be obscured by the fog. probably implemented to improve performance, i reckon.

EDIT: messed around abit with the new directional features, found that it will create a block as you said with the 6 sides, all using the same tile (this works also for A1-A4, B-E tilesets) if it is set at (+0,+0), either via tileset note or map <mv3d-tiles>. Minimum height needs to be at least 1: height(1)

Very useful for walls, not much for something like a traffic light, object and etc.
Last edited: Jun 20, 2020 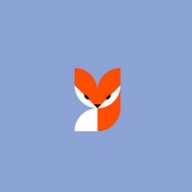 Hello! I'm new in using MV3D
Please, help me
How to do flying blocks which will just hang in the air?
And one more question, how to make horizontal and vertical half blocks?
Last edited: Jun 21, 2020

@FoxStudio
Flying Blocks: for the Tiles themselves, last I checked you use Fringe, setting to the height over the ground. Events you can use Elevation for if they just float above the ground, meaning if they move higher they float higher, or Z for if no matter where they move they stay the same height.

Half Blocks: Horizontal is not possible for the blocks themselves, at most you can do slopes. vertical, you set the height of the block, can be changed by terrain.

And also something I want to ask, @YoraeRasante,

I made a bridge from platforms that lie across a large canyon, but the character cannot go on these platforms 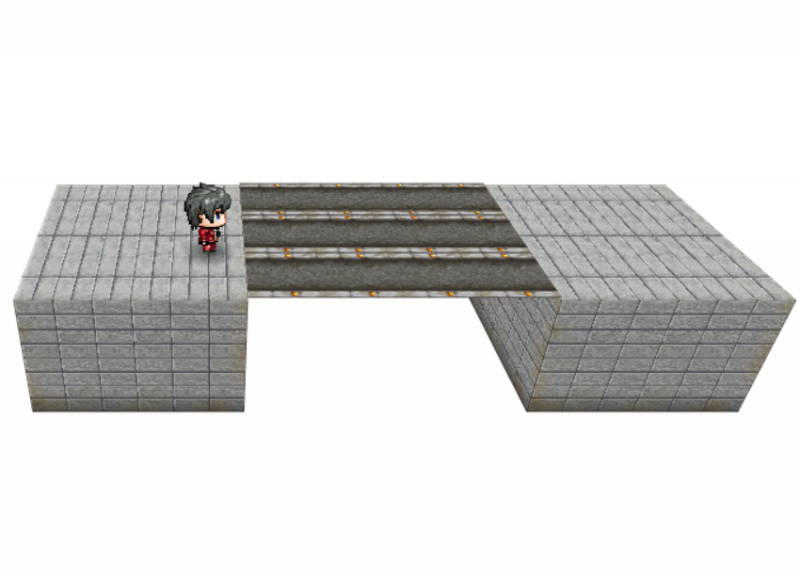 @YoraeRasante Thank you!
Also I don't understand how to make diagonal slopes (Like edges of pyramid)
Is it possible to do?

Better edit the last two posts, this forum doesn't like double-posting, telling you to edit the first post first. A mod will complain about it sooner or later. At least already editting to be deleted they'll see you already was told this and won't repeat this.

to make a slope, just put slope(1) for example in the tile/region settings. doesn't need to be 1, but 1 is full diagonal, other values are different angles.
then you use the shadow tool and put shadows on the side of the tile you want to be the highest side.

@YoraeRasante
Thank you for advice!
And about slope, I mean diagonal direction, like northeast

@FoxStudio
Is walk on events on? You kinda need it to be able to use platforms.
And diagonal slopes are not there yet. Only north south east and west

Users Who Are Viewing This Thread (Users: 1, Guests: 6)

Alador
So, what is this "Inktober" everyone's speaking about? Because apparently, I have no idea what happens on this site...
55 minutes ago •••