My current idea is for a small town, somewhat open-ended, dating sim RPG. Listed below are some of the main features I plan to incorporate. As this project is in the very earliest stages, I am just looking for feedback/interest at this time.

You call those stats?

As the game will focus around one main character, and making him "the best" possible dude, the traditional stats have been replaced with these: Bravery, Physique, Charm, Wit, Affluence and Cuteness! Equipment will still modify these parameters, ie, Gold Rings and Gems increase Affluence, while furry ears and gloves increase cuteness.

The importance of stats is that they will unlock new options when talking to NPCs and will be needed to trigger certain events; ie, a dragon attacks the town, if the protagonist's Bravery is high enough, he can challenge the dragon to a fight. If not, he gets blasted with fire and has to walk away a crispy loser.

Certain NPCs will be on the look out for certain stats as well. The gold-digging rich girl won't talk to a scrub, and your childhood friend can only really love you if you're cute and cuddly!! Feedback?

I'm also playing with the idea of the protagonist's "class" changing throughout the game. He starts off as a Commoner, but maybe after a particularly dramatic event where his bravery is tested, he becomes Town Hero. Or after solving a local mystery, he becomes a Detective. So far, this feature would just be to add additional flavor to the game and will not affect play.

A minor detail: at the beginning of the game, you are asked a couple of questions about your character, and your answers will award you different starting pieces of equipment. This will impact which events you will be able to unlock first, giving the game a bit of a personal touch. Eventually, the hero will receive the items he did not get during the intro though, so as not to impede gameplay.

The "world map" will essentially be a town overview map, which at first will have only the main character's and his childhood friend's house. As the hero is told about new locations: the market, the romantic mountain lookout (perfect for dates!), the beach, ect... new icons will be added to the Town Map. This, I hope, will make the small playing area seem more interesting as new additions get added, making it somewhat dynamic. Feedback?

Though I haven't decided on whether actual combat will be included yet, tools (weapons) will play another function. Fishing pole allows you to collect fish and other misc items which can be sold. Many items in the game will have NPC-specific functions as well. For example, one of the first easy tasks the hero is faced with is finding Wool, turning it into Yarn, and giving it to a girl to make into a Friendship Bracelet *gushy*.

Key items will be used to keep track of how well the hero is doing with a certain NPC. Each time the hero completes a story event for a main NPC, he will receive heart tokens with that character's name. Get to 100 Hearts and you'll unlock the "Marriage" event (not necesarily a wedding). There are six different characters you can fall in love with.


1. Kit - your childhood friend and neighbor. Kit is perky and optimistic. She likes cute things and asking for your help in the garden

2. Isabella - an exceedingly wealthy local who is the town's self-appointed social and cultural leader, she can be a bit snobbish at times

3. Li Yan - the local girl who runs Bliss's only restaurant, though she always seems to need new ingredients. Li Yan can be a bit rough around the edges, but she's a really hard worker

4. Violet - a traveling cleric who hopes to one day build a temple in Bliss, though her magic abilities and healing knowledge still need some work. She also enjoys riddles and music

5. Freya - a tough, warrior woman, who has vowed to protect Bliss and its citizens from harm

6. Ranmaru - a traveling swordsman who has come to Bliss in search of a new master
Feedback?

If you've read this far, and haven't picked up on the tongue-in-cheek yet, let me assure you, there will definitely be an element of humor to the game as the hero progresses towards matrimonial bliss. I personally enjoy poking fun at the many stereotypical RPG elements/quests (...why does every cellar have a rat problem!?)

The story will progress through many various "events". These will be similar to Rune Factory, Azure Dreams, Star Ocean Second Story, ect... wherein NPCs will ask you to track down certain items for them, ask for your opinion on something, send you on a mission, or start showing up at your house once you've built certain additions (did I mention you will be able to upgrade your lot/bed/kitchen/ect?). Completing these events will progress the story and further the relationship.

Certain events will force the player to choose between two NPCs. The character they side with will receive a nice boost in relationship, while the other NPC will take a slight hit. This guarantees that on a single playthrough, it would be impossible to marry all six potential candidates (you can't please everyone!).

Interesting...but I think there should be some story and cutscene action to keep the player hooked. An aimless game can be fun for a while, but it needs a little more than just plain entertainment value.

NPC said:
Interesting...but I think there should be some story and cutscene action to keep the player hooked. An aimless game can be fun for a while, but it needs a little more than just plain entertainment value.
Click to expand...

There will be a "main" story, if you will. But it will depend a lot on which female you continuously pursue

Sounds interesting. Open-ended games always interest me because I like exploring.

And Ranmaru? That's... random. Is there a reference that I'm missing? Other than the fact he's historically involved in a relationship with another guy?

Glad to know that! I do hope to see more soon! More is always better!

Posting a "demo" link. Not really a demo, just showing off the first couple areas I am working on along with some characters. Again, this is not actually a demo, but feel free to download it and give me your opinions.

-added info on each "dateable" character- 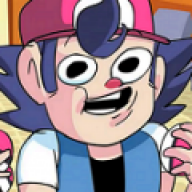 I'm a fan of your projects... I'm really looking forward to checking this out :3

A little more about events

There is a gift shop in the town of Bliss that sells an assortment of items. Each item will have at least one event attached to it somewhere along the way. Part of the game, is figuring out when/where you will need each of these items.

There is also a carpentry and services desk. These fine folks will allow you to add new items/decor to your home, such as getting a larger bed, a statue for your garden, hiring a maid. These additions are not just aesthetic either, as adding certain items will cause characters to appear on your home lot for a brief chat/event (an important step in building up those relationship points! BD  )
Last edited by a moderator: Oct 15, 2013 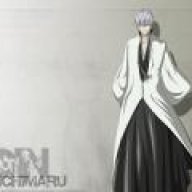 Bro you didn't encrypt your game, so anyone can edit your game. But there is a bug outside of the town, the girl repeatedly gives you sickles.
Last edited by a moderator: Oct 21, 2013