My first ever, umm, game sort of thing.

I decided to try my hand at making a video game in order to fuel my new found Lego addiction. Looking up ways to build a game without much technical knowledge I read that RPG maker was pretty easy to use, and it was.


I decided to make a dark, depressing post apocalyptic survival game because that's my jam.


The world, as you know it, has ended. The information age is over, and in its stead is a new age of darkness for humanity. All our technological progress over the last few hundred years, our advancements, our great achievements, were nothing to the cosmic force that destroyed us. When IK Pegasi's supernova took away what our society most depended on, technology, It sent our society crashing back in time. You are a human survivor in the now ruined America fleeing south to Mexico to escape the coming winter, Your journey will take you through the once powerful country, that has now regressed to almost complete anarchy. Simple cuts and bruises can be life threatening without medical supplies, Food is always scarce and you need it to survive. You are not alone either and you have to chose how to interact with other survivors, work together, or murder them for what they have. And the cold is always on your heels as you flee from the humanities new greatest enemy, Mother Nature.


Its not 350 words but there really isn't much to the game yet besides survive by any means necessary.


There is only one class, human. If I can figure out how to let the player select a character before the story starts then you will be able to chose between a old bearded male or a female who I still need to work on. You will trek though ruined cities, towns, farmland, and wilderness on your way to the border. None of the other humans you meet will attack you on sight but they might not be openly friendly towards you being within several miles of them.


Sadly, I overestimated how easy this would be. I have ZERO coding knowledge and only the trial version. So a critique of my demo thingy would be great. I might continue work on it in the future once im capable of doing so. Also There are several interactive objects which might not be obvious, I never found a way to make them stand out. These are the cross/grave, the book in the house, and any ladders or stairs. Thanks. 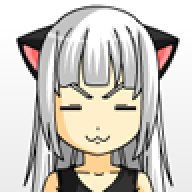 
Some suggestion (or maybe just tips) :


There's a Quick Event Creation when you right click the tile(Event editing mode), so you can make like Transfer player, door, treasure easier... 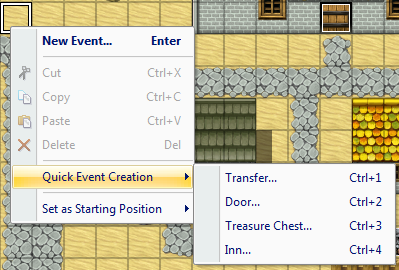 Keep up the spirit!


Perhaps you could add some instructions about the gameplay/goals in the OP? I, too, had a bit of a hard time figuring out what to do...But I like the setting, very nice for a first try!

There are several interactive objects which might not be obvious, I never found a way to make them stand out. These are the cross/grave, the book in the house, The shovel in the basement and any ladders or stairs

Well, then the next step as a designer is figuring out how to make it more obvious what can and cannot be interacted with! I have a couple of suggestions but I want you to think about it for yourself first.


Oh, and I´ll take a look at your game again to see what else I can find

taarna23
Motivation! Inspiration! There you are. I was worried you guys weren't going to show up today. Let's get this thing going!
Today at 7:40 AM •••

Made these new little isles yesterday, to test my new tiles. Guess they're look pretty chill...
Today at 6:04 AM •••

PixeLockeT
Are your bodies ready for spoopy? 0 w0

DaveTheArakin
Made a lot of progression today with my next chapter. It helps that I wrote an outline of what will happen.
Today at 3:35 AM •••