RMMV My first RPG: When You Wander!

This is my first time posting, but I've been lurking the forums for the past month while building this game. I've found a lot of helpful information/assets through these forums, so I'm super appreciative of this site and it's members!


I've released my first RPG!
When You Wander is a turn based adventure game, heavily influenced by some of my favorite RPGs!


Synopsis: The Elven city of Alarium is all Elly has ever known. After the passing of her mother, she becomes overwhelmed with the mundane aspects of her life as a young Elf; She's tired of answering to her sister, cleaning the house and trudging through her spellwork. After a huge fight with Alvena, her sister, Elly decides to run away. She storms out of the house and leaves her sister and Alarium behind forever. Once grown up, Elethera is content with the life that she's built in The French Laundry. The French Laundry is a cute and safe town where she's met some great friends and neighbors, she even has a cute cat. Elethera is happy with her life, even though she hasn't learned very much in the way of spellwork. She tends to have a rudimentary idea of magic spells, but she does just fine with what she knows. She very rarely has to use her magic and she's essentially left the life of being an Elf behind. This all changes one strange night in the French Laundry, where in the dead of night, a fairy appears and warns Elethera she needs to be careful, as there's some bad ju ju going on. Elethera notices a hooded man peering over the French Laundry and when he realizes she's spotted him, he disappears, as if he's turned translucent. The next morning, Elethera runs into her best friend Tammy, where she realizes why the fairy was warning her. Tammy tells her their best friend Feya had been kidnapped in the night. Elethera and Tammy decide they must set out to save Feya, but whoever took Feya has also taken a part of Elethera's childhood and is about to take a lot more if Elethera doesn't stop him. She soon realizes why she needed to stay in Alarium - to protect her family and her world. Elethera doesn't fully believe she can stop him, but she's got her friends and some new friends she meets on her journey to back her up. Help Elethera realize her power and go on an adventure, where you'll fight monsters, craft and cook, synthesize powerful weapons, loot dungeons, go fishing, solve puzzles, heal trees and more!


Download Link: Play When You Wander on Itch.io for free!​ 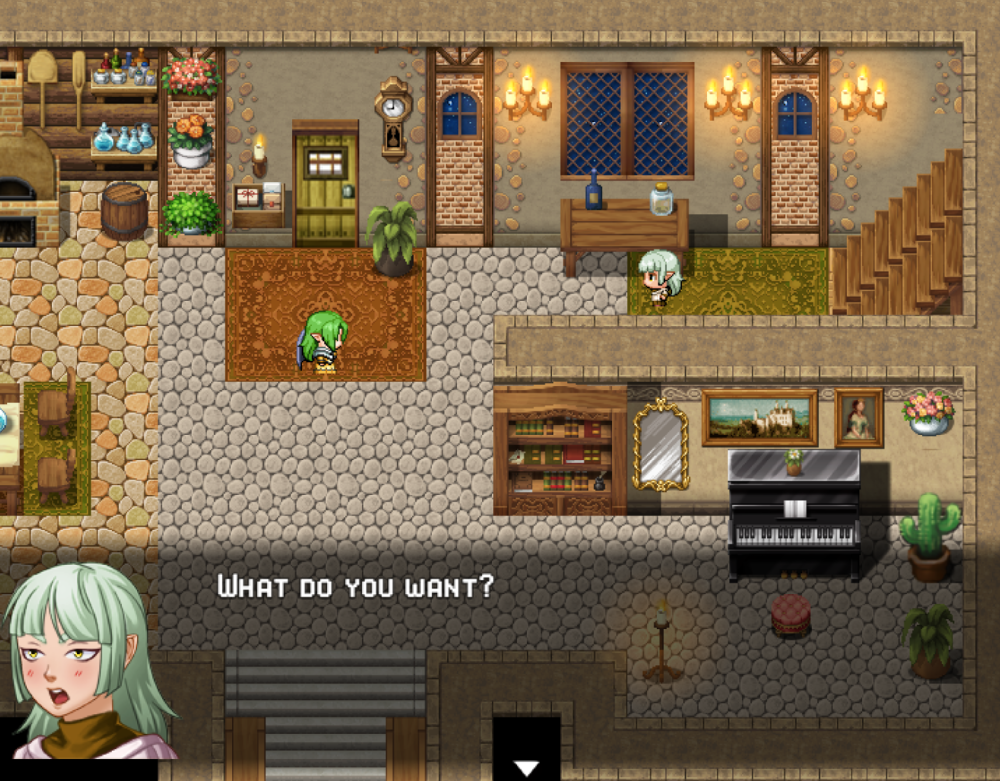 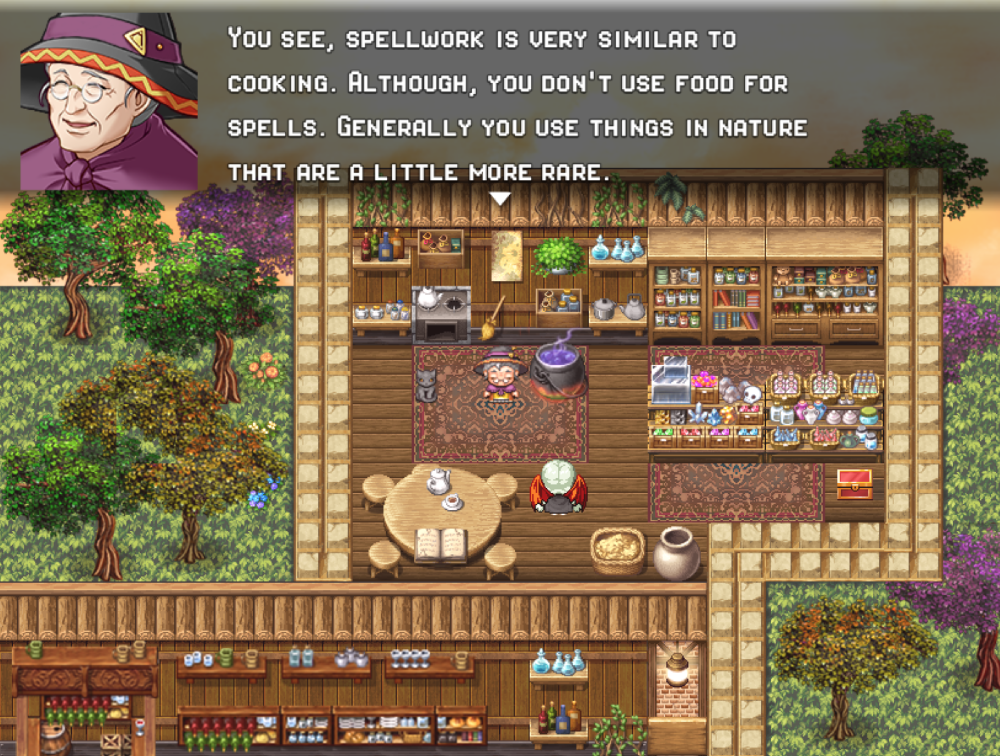 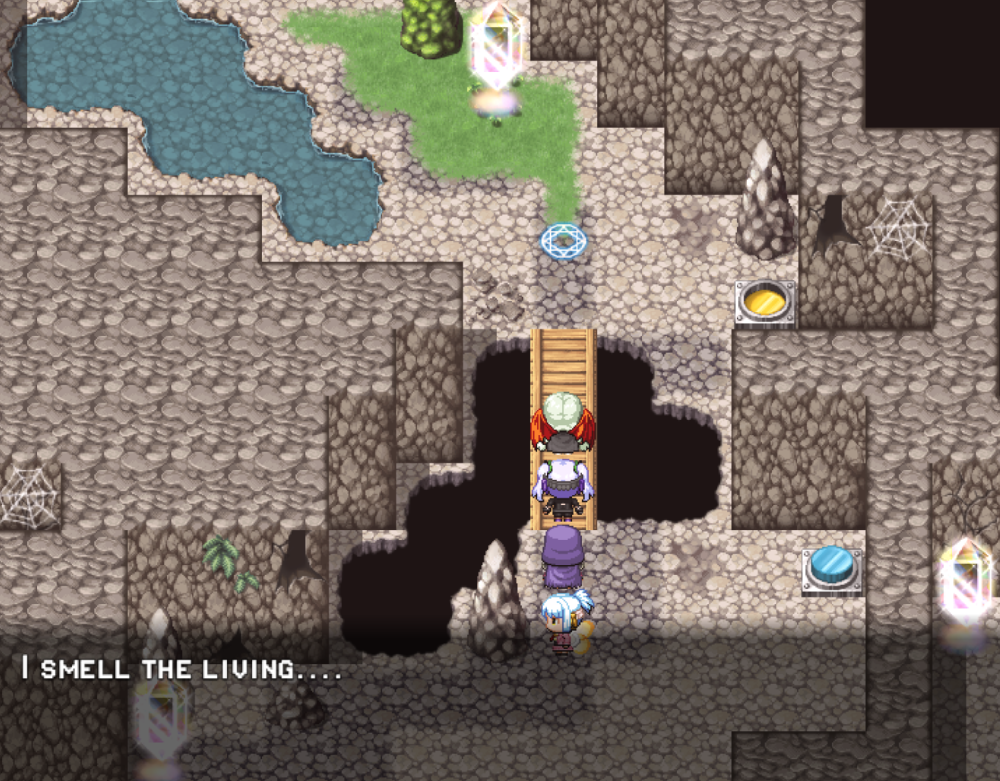 The game is unplayable, when you select new game the game crashes.

Oh, interesting. Is that for the PC version? I can try to re-upload it but unfortunately I’m not sure how to bug test for a PC since I don’t have one.

You are simply missing file. I have looked through all the folders and that png picture is nowhere to be found. 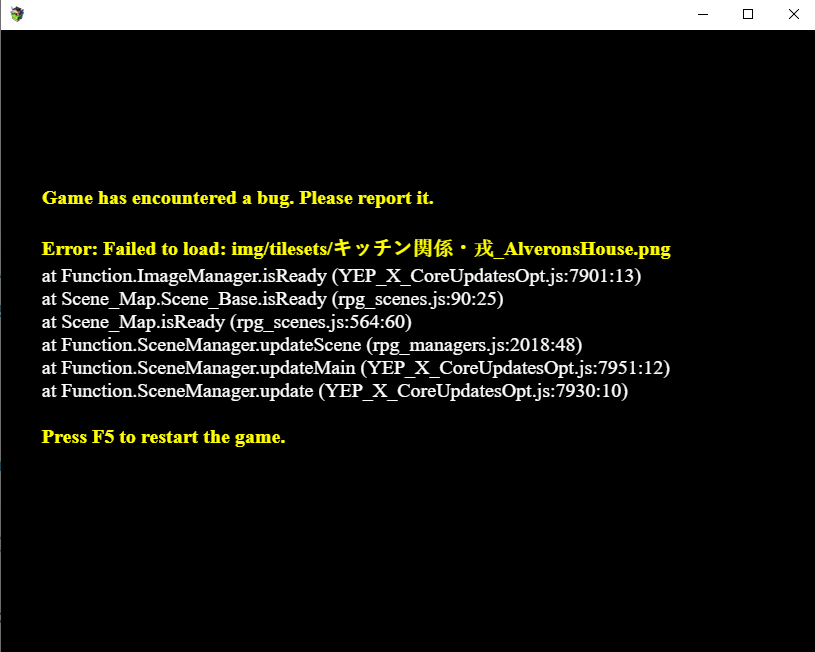 Thank you for letting me know! I will redeploy the PC version and send an update when it’s fixed.

Hey, when I download the PC version, the "AlveronsHouse" file is living within the folders. Regardless, I was able to install Parallels on my Mac and playtest a more recent deploy through Windows and it seems to be working fine. I've updated the PC download link with the most recent deployment.

Thanks for bringing this to my attention and I hope it's working for you now,
Ang


thenerdmansion said:
You are simply missing file. I have looked through all the folders and that png picture is nowhere to be found.
View attachment 190918
Click to expand...

angosllo said:
Hey, when I download the PC version, the "AlveronsHouse" file is living within the folders. Regardless, I was able to install Parallels on my Mac and playtest a more recent deploy through Windows and it seems to be working fine. I've updated the PC download link with the most recent deployment.

Thanks for bringing this to my attention and I hope it's working for you now,
Ang
Click to expand...

Hey I'm sure you've moved on from this game, but regardless I'm correcting myself here... I realize now that Windows renames files when you unzip a folder with Japanese characters, so that's why the error code is happening. I've updated the download link and it should be fixed now. Thanks for bringing this to my attention!

is it in a zip file or a rar file? Preferably a zip but anything will do.

is it in a zip file or a rar file? Preferably a zip but anything will do.
Click to expand...

It's a zip file! Thanks!

Thanks so much for playing, that was super entertaining to watch! There’s def some things I should’ve streamlined. The part you got stuck at is where you synthesize the final weapon to defeat the main boss! I know the bridge looks glitchy, I should’ve made it active after synthesizing the weapon later in the game where you can build it, building it early doesn’t actually help and I guess is confusing. Great feedback, loved watching this!

Also for my next game I promise to make all of my own music as to avoid copyright issues. 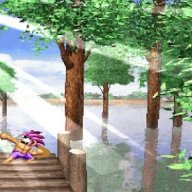 I think using music from ocremix is copyright-free too...

Seyfert said:
I think using music from ocremix is copyright-free too...
Click to expand...

TheGentlemanLoser
RMMZ: "Simple enough for a child!"
also RMMZ: "What, you're trying to make an RPG and you didn't know about Euler angles?"

superkoopa
I kinda spent the day having my own little gamejam and came up with this Catastrophe!