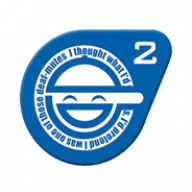 Getting ready to post the following in-development plugins over the next 7 to 14(+) months (actual road mapping to be done at some point once I have my crap together; order here will generally reflect order of postings though):


Codex Plugin (Dec-Mar 23)
Allows you to easily add lore into your game with a means for players to review said lore from the game menu. Also includes features for information tracking. Is designed to be highly configurable, but does have a lot of configuration required.

This is a massive plugin with optional first and third party plugin support for the following plugins:

Possibly more in the future.

Magic Schools Plugin (Nov-Jan 23)
Revamps how magic is learnt in RPG Maker. Allows you to configure elemental schools complete with skill trees that contain linked skills (IE: Fire -> Fira -> Firaga). Players then learn their spells through a custom scene. Can be configured to work with or without game currency and/or items for cost requirements.

Designed to work alone or with the Magic Crafting Plugin.


Magic Crafting Plugin (Nov-Jan 23)
Allows the player to craft their own versions of magic. Some set up required and consideration for skill organization in the database. Works by defining some base spells the player has access to at the start of a game and then creating spells that progress from those as recipes.

Includes several features that allow the player to alter the crafted spells, some of which are item note tag attributes that allow creation of catalyst items. When these are using in magic crafting, they change features of the resulting spell. Some examples are an item that can add repeated casts of the spell, one that will alter the spell formula, or items that can add status effects to the crafted spell.

One optional feature is the renaming of spells.

Optional currency cost system based on base material cost with additional option to include a rate of the crafted item's cost.

Optional system to allow crafting if all required base materials are present in inventory, but they have not been crafted into the higher tier materials required by the crafting item.


Core Plugin (Nov-Feb 23)
Establishment of a core plugin for my series of plugins to bring disparate repeated code together and create a more streamlined/focused coding architecture for my plugins. This will go through continual updates as later plugins are developed.


Request Plugin (Nov-Jan 23)
Think of this as a front-end to handling quest plugins that require a lot of plugin commands. Made mainly for my game to allow me to handle YanFly's Quest plugin process much more easily.

Can be modified to support other quest plugins.

Allows you to call plugin commands from the code, end-running the plugin command interpreter and dealing with repetitive plugin commands calls to keep your other events clean. This plugin is designed to start, end, and give out the rewards from quest plugins.


Difficulty Plugin (Dec-Mar23)
Does what it says on the tin.

Allows the creation of difficulties. Not only does this allow you to affect the general things these kinds of plugins do (enemy health, etc), you can also modify stat growth, exp level requirements, damage, and a number of other things.

Contains some scripting support for more advanced game mechanics that can be supported by this plugin. As an example, I am using this plugin to alter enemy attack patterns within AI Battle Core depending on the difficulty selected.


After Action Status Effects Plugin (Dec-Apr 23)
Makes status effects marked with the End of Action timing actually tick down at the end of an action instead of the end of a turn. Requires some set up to define which states should apply to this plugin.


Improved Event Touch Plugin (Dec-Apr 23)
A small plugin to fix Event Touch bug (I consider it a bug anyway). Removes the requirement for an Event Touch event to be on set on Same As Character priority.

I don't know if this has any impacts, haven't really tested it a lot outside of the stated functionality.


Monster Counter Plugin (Jan-Apr 23)
Allows for tracking monster kills. Useful for achievements or quests where the player needs to slay a certain number of a type of enemy. More features will be added in the future.


Advanced Item Effects Plugin (Jan-Apr 23)
Allows items used from the Item menu to level up a character, give upgrade points, or alter state growth values. Made for my game, but a version of it that can be used by anyone will be created.


Ammo System Plugin (extension for Advanced Weapon Plugin) (Mar-Aug 23)
Ext plugin to my AWP plugin that adds an ammo system for ranged weapons. Ammo types are defined for a weapon and skills can be set up to require certain types of ammo to be used. Not quite ready for release yet, some major changes are planned to help reduce conflicts with some YanFly plugins.


Field Manual Plugin (Mar-Aug 23)
Another plugin for my game that will see a public version released. Allows you to create a submenu for more options for the player. Will feature a horizontal or vertical menu setting.


Embedded Charts plugin (Jun-Aug 23)
Early concept, but use of Chart.js to create something similar to Persona's social stat star chart.


Versatile Weapons (TBD; extension for AWP)
Early concept, allows definition of weapons that can be used one or two handed. Provides a UI menu to change your grip style on the weapon and displays the parameter and other buffs (or debuffs) doing so will provide.

Plus a few I have probably forgotten.

Added in release time windows and a few more plugins I remembered/found the concept details for.

As this section of the forum is called General Discussion I was wondering what the discussion element of your thread is? At the moment it just looks like advance advertising of what you intend to do. Not being rude here, just confused about what I'm supposed to be replying to.

If people want to discuss these plugins with me they can; part of the purpose of the thread is early feedback, ideas, etc.

I've moved this thread to JS Plugins in Development. Thank you.

Added an new plugin to the list; an Item Crafting plugin. Will have a public alpha release around the same timeframe as the Magic Crafting/Magic Schools plugins and is under active development right now.

It will have support in the Codex plugin.

Also included my new Core plugin to the list. Will be required for most, if not all, of my plugins going forward once it is posted.
Last edited: Oct 26, 2022

ShadowDragon said:
will there be demo's for those plugins as well?
Click to expand...