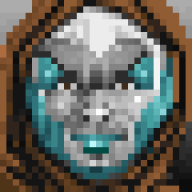 Game Synopsis:
A crack-down on piracy causes the security clearance of several jump-gates to be reconfigured. Before the reconfiguration takes place, Lintis Kalt sends his wife and daughter ahead, promising to find a way to them despite the new clearances required. Now that the gate security has changed, getting back to them will require a certain amount of influence. Influence Lintis doesn't have. Influence he has to earn.


On a more personal aside, Myriad Cypher was initially build during RMN's Mc Bacon Jam, using the themes of deprivation and/or abundance. The team, "Merchants of Venus", consists of Jeoren_Sol, Ebeth, Glasses, and Marrend.

Outside of a few rips from Wing Commander - Privateer and Privateer 2 - The Darkening, most graphics were either taken from the RTP, or were drawn by Ebeth. Your handy-dandy map of the galaxy! Shops have limited quantities of things to sell... ...and players have a limited cargo capacity! The galaxy isn't safe! Be prepared to defend against pirates, mercenaries, and rebels!​
Features:
-About 2-3 hours of gameplay!
-Pixel-based, rotational movement! You are NOT confined to a grid!
-Dynamically generated missions, and trading system to make piles upon piles of cash!


Other links of interest:
This game's gamepage on RPG Maker Net. 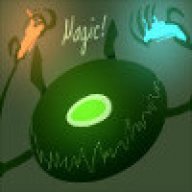 I'm a sucker for space games. I'll DL it.

Freank, you're gonna have to be more specific. What colors are conflicting, and where? As for using too many different fonts, I'll double-check it, but, I'm 90% sure that it's all the same font? Unless you're talking about how some text seems "squished", possibly in reference to the second screenshot? I'm... not really sure if there is much I can really do about that, though?

Bendyizzt
I made a drawing of Moss
36 minutes ago •••