Celestugaia, A Universe of Books


Storylines of other characters:

Santanis {Solo Storyline} : Born as a shapeshifting devil goat, his life was nothing short of problematic. Being rejected by nearly all of society he had an important choice to make. Either change society and people for the better with his powers, or watch as the world burned from devious actions.

Boulosse {Solo Storyline} : An eclipsian Elf, cast out of his home town village for practicing dark magic, was forced to choose to find a new home.

Caitlin {Solo Storyline} : An ethereal being once part of a greater god, forever roaming the planets trying to find her purpose.

Tymon {Solo Storyline} A poor man living on the streets with no family. One day he encounters a mysterious force that changes his life forever.

Nilvori {Solo Storyline} : A shapeshifting alien tasked various missions from his homeworld, has come to our fellow worlds to gather intel on the various lifeforms that inhabit them.


These are characters you'll see throughout the game. Not all as friendlies either


I have taken down the demo as it is related to my old base version of the game. As the game has grown in maturity, mechanics, and various other modifications; I didn't want a demo up that was misleading to the planned final product.
Last edited: Jun 26, 2019

Half of the game dialogue has been added and an additional five cutscenes so far.

Music has been chosen and is flowing nicely with battle processing and casual BGM.

The arena is working perfectly so that players can challenge multiple levels of difficulty as they please.

The crafting system is finished except specialty characters.

What's left after all game dialogue? Adding weather effects, assigning all BGM and SE, and cleaning up cutscenes with special camera movements.

Working on the title screen, when you change from new game to continue and options, etc the sprite changes with it.

Deployed a version of the game last night, ran into bugs going back through and fixing all missing files that the deployer stripped out. Beyond that working well and DEMO should be available within a week or two.

Starting Beta testing within this week and will have a demo ready for players. Need to make a game trailer and tidy up the battle system. Balancing and editing the database each day until it has the right amount of fine-tuning.

Made a major shift in the design of the battle system this week. Decided that TP will not be in use at all for the game.
Also, decided that to provoke increased strategy, state-based spells and attacks will be in heavy play. However, to provide balance to those actions there will be small cooldowns and small percentages for an additional attack for that actor in the same turn. That way the math levels out to why you would want to take the risk for the special move.

To give an example:

State: Aura Charge: Chance to cast 99% State modifications Att 120% Duration 1 turn, chance to take an additional turn 6% Hit Rate + 95% on top of the hit rate of the Spell / Attack you are currently using.

There will be five of these states. The top is capped at 200% att and 10% chance for additional action times +

The attacks that will benefit from these will be under a "Special Category" that will have different damage formula's in association.

As I want to provide action sequences with all of these moves, they may not all be fleshed out by the beta test, but they will be there for the launch of the product. 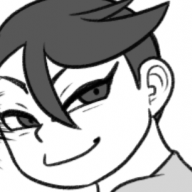 Looking forward to playing this game! I saw that you worked very hard on the character design.

Working on the demo file to be uploaded here and other locations. Will be a short demo, but will highlight the important game features.

Developer update 03/31/2019 : Demo is now available. Completing everything to 100% during the demo should take about an hour. Look forward to any feedback

So I have some news. I played at least 27 minutes of the Demo, and I hope my feedback as a player feels useful!

Thank you for playing. I'm twenty minutes into your video, you passed the INN which was the main part of the story lol. I see some things I can clean up though. I greatly appreciate all of your feedback. I had two cutscenes within the inn lol.

CalebW said:
Thank you for playing. I'm twenty minutes into your video, you passed the INN which was the main part of the story lol. I see some things I can clean up though. I greatly appreciate all of your feedback. I had two cutscenes within the inn lol.
Click to expand...

Dev Update 04/02/2019: Re-uploaded demo with specific changes. Found that summons weren't removing themselves from the party after battle. Should be fixed now. Corrected some spelling errors that were pointed out. Dropped the health of the training sprites from 45,000 to 10,000 for balance reasons. Changed states to be removed from 2-3 turns, that way buffs couldn't stack over time and did have a limit. Made a section in the main town that easily points out where the story scenes are. Added a sign that points to the well dungeon puzzle. Removed screen tinting in the well as it broke the light for the day in the normal maps. Thank you for those that have played so far, and if you would like to download the new demo version, you should see all corrected sections as long as you start a "new game"

Finally took your critique to heart and decided to make another video showcasing the edits you made. Sadly I came across an error in the game.

Finally took your critique to heart and decided to make another video showcasing the edits you made. Sadly I came across an error in the game.
Click to expand...

Thank you for the error catch, fixing that immediately. The file didn't transfer over :/ . Good news is after that scene, you were almost done with the story segment.

Edit: 9:54 PM the file has been updated on this link and all missing files should be there now.
Last edited: Apr 3, 2019

Added Row formation, and color coding to specific text. Hope those who are playing the demo are enjoying it so far.

This will not be effective for the demo as it would require double the efforts. But in the full version of the game, I have made the decision to use Yanfly grid free doodads. It visually is giving more life to the maps. 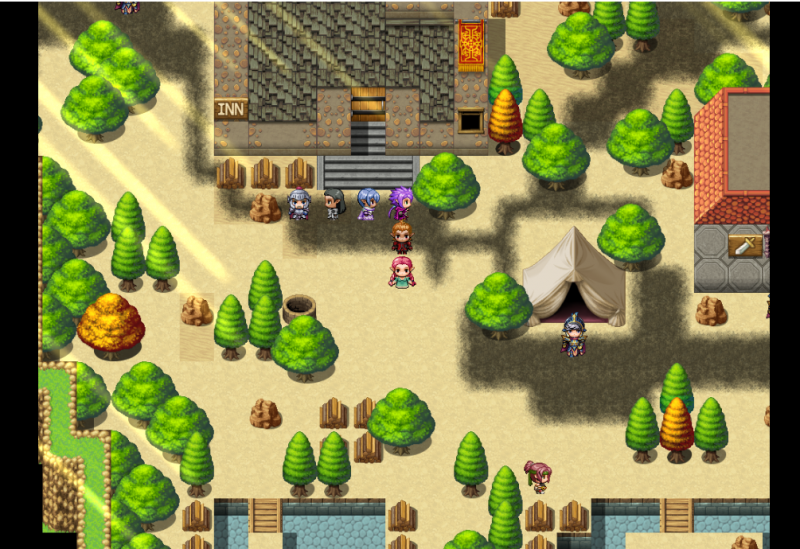