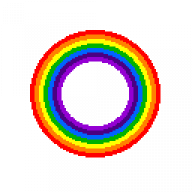 Ok so I'm TRYING to use the Falcao Pearl ABS Script (here: http://www.rpgmakercentral.com/topic/8809-falcao-pearl-abs-liquid-v3-update/) but even though I'm following the instructions exactly I still find many problems. If anyone is familiar with this script I would greatly appreciate the help.


So what I'm trying to do is make an enemy attack, but everytime my monster goes to attack I get this message:


I have no idea how to remedy this because I am literally doing exactly what the script says and my eventing of the enemy is the same as the eventing in the demo file.


I have the enemy named <enemy: 1> and the event has three pages, the second is activated by self switch B and the third by C. Enemy 1 in the database does have attacks and in the Notes part I've written: Enemy Dead Pose = true.


Please help me I have absolutely NO IDEA why it's not working and I've been trying for ages. Any help would be appreciated. Thank you.

OcRam
Next goal is to make pull & push + lift & throw systems with mouse support and have skill levels in them and action indicators!
11 minutes ago •••

48Tentacles
>What's your avatar about? Is it yours?
I did not do that drawing. It's a screenshot taken from a comic featuring characters from Touhou such as Tenshi and Iku (the girl in the avatar). It's drawn by someone under the name of Yohane.
Link to the comic (SFW, but navigating around Dynasty Reader is NSFW)
27 minutes ago •••