So I've been trying to figure out why exactly my skill isn't working as it should. I'm using an assortment of Yanfly plugins, and I've made sure to sort them as they are presented on Yanfly's website. The skill in question is a skill used on an enemy. It's certain hit and deals no damage, and if the target is below 50% HP, the user gains some TP. Creating the lunatic code for it was simple enough (I'm using <After Eval> for the TP effect), but for some very odd reason, the program is refusing to run the code in the first place. I even tried throwing in a console.log to test if the code is even being processed. The <After Eval> simply is not running at all. I tried everything from giving the skill damage, to changing the eval to <Before Eval>, to using Action Sequences to force the action effect to take place, but still nothing.

This is the eval notetag I'm using for the skill (I removed some things such as the HP requirement in order to test it better, also ignore the console.log as that is for testing as well):


Code:
And this is the skill page in question: 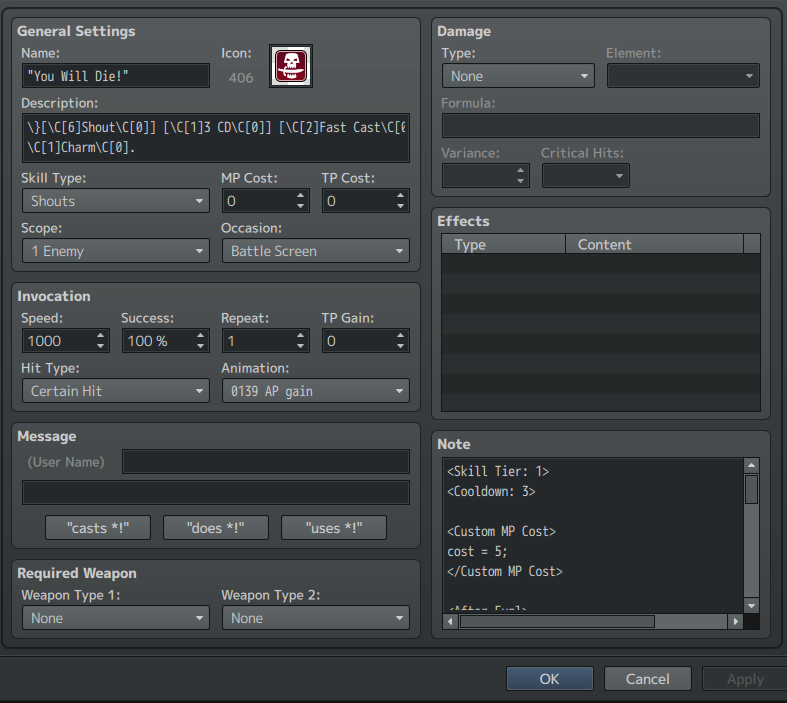 And this is an image of my plugin load order: 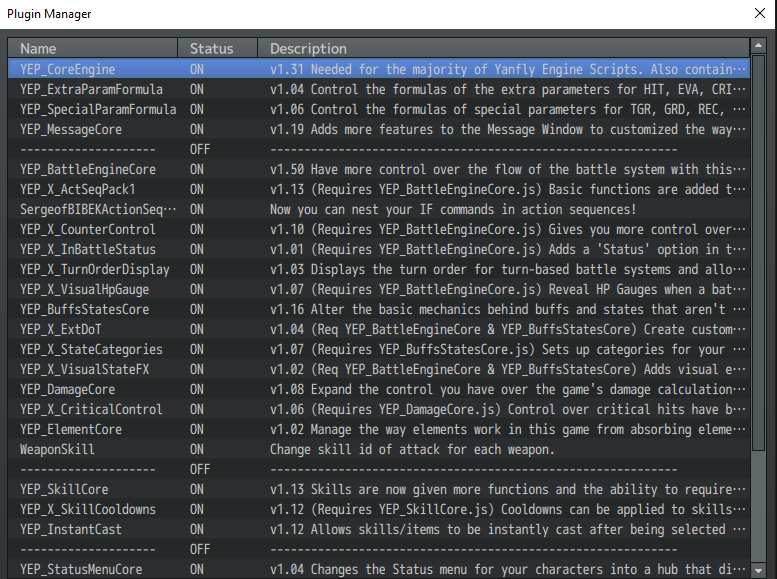 The last few plugins in the list are YEP_AutoPassiveStates, YEP_EnhancedTP, YEP_EquipBattleSkills, YEP_X_EquipSkillTiers, a small plugin that allows me to change the color of the skill names, and one of the default MV plugins that allow me to assign different basic attack skills to different weapons.
This issue is really stumping me, so I'd really appreciate any help.

Are you getting an error in the console when the code runs? That can often be the reason Lunatic code doesn't run.

Well, it just occurred to me that I did the syntax wrong for user.startAnimation() and user.startDamagePopup(). That was why it wasn't running.

But thank you, though. Now I know that the F8 Console exists. That will definitely help me with troubleshooting in the future.

Kino
Will be revealing my project to the forum soon.
15 minutes ago ••• 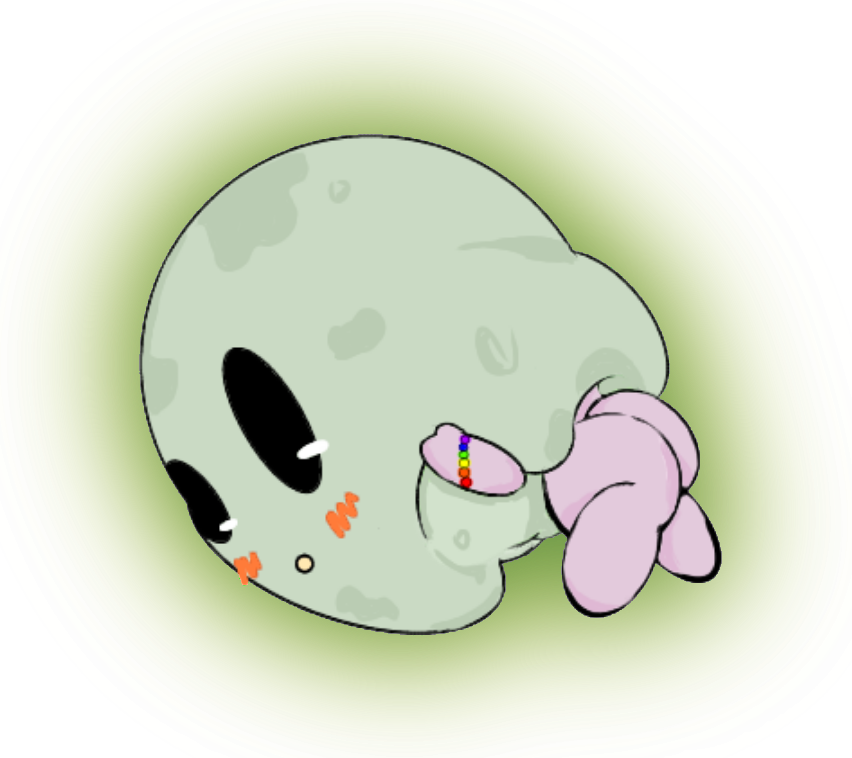