Nothing I've found on here or anywhere else has worked. Don't know what I'm missing. There is no effect at all. I'm using Yami Engine Ace - Overlay Mapping. I tried using a clean project to make sure it wasn't due to a scripting conflict. No change.

I tried everything I could find on the internet. Too many to link. Here is the script https://github.com/suppayami/rmvxa-collection/blob/master/yami-script-ace/13 - Overlay Mapping.txt

Looking at the script and your pictures, I can see an obvious error
The script says in the instructions...
Put all of your overlay into Graphics/Overlay.
Your pictures say that you are using Graphics/Parallaxes or graphics/system

The file is the ground layer for map 6 with variable 1.
Your pictures tell me you are trying to put this on map 1

@Tanarex
the one critical point that a lot of people miss with yami's overlay script is the configuration of the variables.

Have you configured them correctly? If yes, which variables have you choosen to use in your project?
And if you don't know what I'm talking about you're one of the 50% of people using that script that failed to configure it before using it, with usually a lot of strange errors happening as a result.

@Tanarex
You didn't answer my questions from above

I don't know how to config the variables. I was just trying to copy my mappers work. If only I was getting errors. At least then I'd know it was registering.

No, you're not getting an error because the script works exactly as intended - you just configured it wrong, that is why it doesn't do what you want.
I strongly suggest you follow the link to the tutorial "how to use a script" in my signature to learn how to handle scripts correctly.

The problem is that the script allows for dynamic changes in all layers. This can for example be used to create timed light overlays where different light overlay pictures are displayed based on a time variable, or animated ground because three or four different ground pictures are switched every few frames.

Because you have not configured the variables correctly to a variable that you reserved exactly for this use, the variable is used twice now - by the script and for something else in some random event anywhere in your game. In that event you changed the variable to something other than 1, and the script now tries to display not ground1-1 but ground1-? with an unknown number at the second position, depending on what you have done with that variable.

That is one of the most important lessons on using scripts: they ALWAYS need to be configured. Not configuring one of the more complex scripts is a guarantee for failure. You always need to read the script for the instructions on how to configure it or you will always cause problems for yourself.

In fact, this very script was one of the examples I used in the tutorials exactly because it cannot be used without being configured. Unfortunately an old forum update has messed up the examples in the tutorial, but I hope you can still learn what to do.

Using Gimp and a tutorial I found here I was able to figure out how to add a map to my game. I just had to make an empty map that was the exact same size as the map I was importing from the parallax mapping folder. Then click on parallax background the map properties and on the map you want. Click show in the editor. And I think you need to use the original tileset you needed to make the map under tileset. Now, I just got figure out how to make my characters get unstuck and how to fix a map's sized without it getting blurry.

Without using an overlay picture for the upper layer though, remember that the map's parallax image is always under the player. So if you have for example a tree in the parallax, the player will always be above that tree..

Oh, I'm not making the maps. Just importing them. I couldn't even find the different layer feature in Gimp. I'm not very good at this computer stuff. My tagline should be "I almost know what I'm doing." 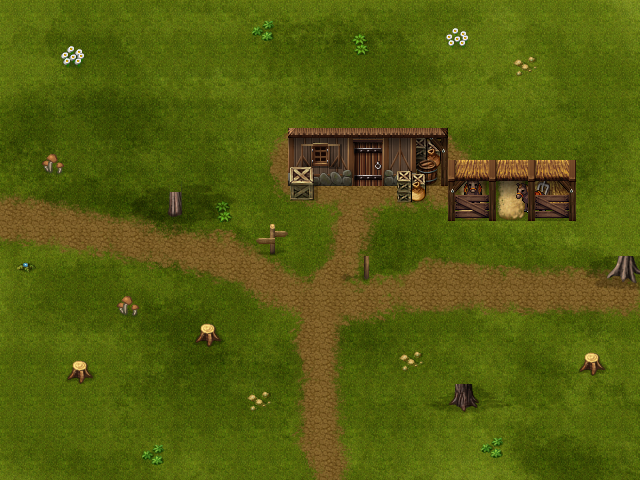 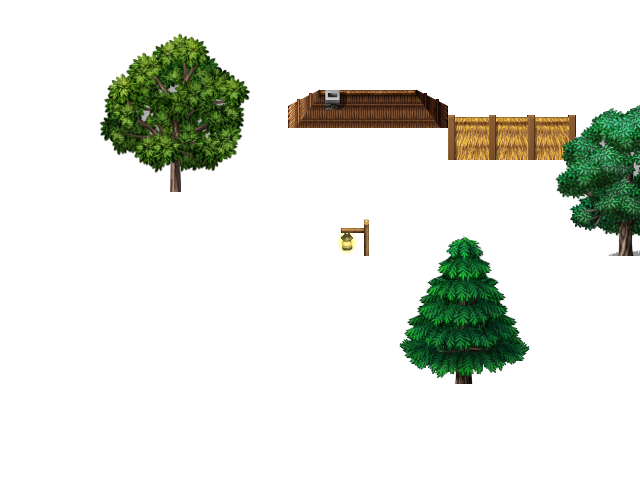 Name the lower layer groundx-1, and upper layer parx-1. Substitute x for the map ID - ex. ground1-1 for Map001.
Place them in an Overlays folder inside Graphics; configure variables in Yami's script, and you should be set

@Tanarex your images should actually be separated already into "layers" if someone else made them.. Like you should have a file for the ground layer and another file for the upper layer..

On the editor, you use the ground layer as the map parallax and the upper layer is used via show picture event command.

If your map size is same as window size, you shouldnt need a parallax overlay locking script/plugin but if your map is bigger, you need a lock script because pictures are by default locked to the screen not to the map...
You must log in or register to reply here.
Share:
Facebook Twitter Reddit Pinterest Tumblr WhatsApp Email Link