Hi, I'm working on a Mini Game which is only meant to be played for like 15 ~ 20 Minutes. It takes place in a Forest setting. The main theme of the game is "Adventure / Crafting / Combat". I don't like Puzzle solving aspect in maps so i don't want to restrict movement between maps or create "Obstructions". There is a time and weather system.

Need ideas to slow down Player Progression in Game.

Now, my problem is this : I have limited amount of maps, Around 10 and they aren't that big to begin with, All are just around 25 x 25, some are much smaller. So what could i possibly do to keep the Player restricted to one Zone before progressing to the next one ? I know I could just introduce difficult mobs (Pokemon style) where the Player is required to grind some levels and try again. But i feel like it leaves the Player frustrated and besides, Combat is not the main aspect of this Game, I prefer to make the Player engage in Combat maybe once every day or two (A Day-night cycle lasting around 3.5 Minutes).

I feel the Player should be allowed to explore the next map that they are currently in but at the same time, They should not progress too deep into the Game and end up finishing it before the 15 ~ 20 Minute mark. My idea for the game would be something similar to a "Slower Progression based Crafting / Combat Adventure Game" that lets Player spend at least 2 ~ 3 minutes on each map. The Main idea of the game is to give the Player a Fun and relaxing experience.
Last edited: May 10, 2020

if you dont want acces to most maps, add quests, tht are in 1 map or 2, and make
a variable when the quest > x in order to go there.

adding quests can be killing, gathering, talking to other NPC's for rumors, etc.

like map between the 2nd map only a part of it (1/4) but the bridge is broken.
so the player need to get 75 woods to build a bridge.

further on that map is a bloackede, but require a pickaxe, but the npc that has 1 only borrow it
if you do a quest for him (gather something and delivery it) or whatever suits your game.

you can make alot of those, even hidden patch that require an axe to go around.
but those are probably basics ones to extend the time a bit more and also more exploration
for maps to search for. 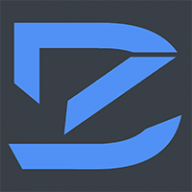 I would do something similar to Passuna. You need incentives to go back to the first map or stay in the current map. A stamina meter like in Harvest Moon games also accomplishes this. You limit the amount a player can do within X time. You have a day night cycle, you can set it up so that prolonged periods with no "set up camp for the night" incurs a penalty, or a forced break where the player passes out and loses resources.

To further incentivise exploration, just make it so in order to keep that "set up camp" counter at it's max, you need to gather food to eat during camping. If they don't eat enough, less time before exhaustion is given to the player.

It's worth considering whether the dynamics that you are trying to create work well together. This could be the reason why you are at an impasse and not sure how to proceed with development - for example, does a game with crafting and combat really lend well to a 15-20 minute game length? Does a system that encourages exploration and wanderlust (by offering different "Zones") play well with your intent to limit the player's physical progression? Is the relatively small map size doing your favors, or is it pushing the player to move on quickly instead of look around a while?

If you insist on keeping all of these dynamics the same, then one solution would probably be to use your crafting system to encourage a lot of backtracking. For example, maybe you have to fight your way past giant worms on the first map, and you're hungry, so you pick some apples from a small tree on the second map. Now, on the third map, there's a stream you can fish in (for food, but also maybe because it can be used as bait to trap wild game, or as a distraction so you can avoid a tough fight against a bear)... but you don't see a pole anywhere, just a hook lying around. So you need to craft a fishing pole first, and you need to return to the second map and chop down that small tree for some wood, and collect some stringy fiber from the worms on the first map, and now you can craft a fishing pole. Maybe later on you craft a better axe (using charcoal that you harvest on the seventh map to forge it) that can chop down large trees, and now you can chop down the oak that was also on the second map, and the wood from that is a lot stronger than the pliable wood from the apple tree, so you can use it to craft much better stuff. 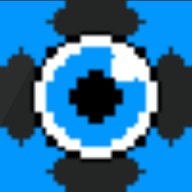 Giving the little amount of psychology I had to study (mostly towards cognitive psychology), I would summarize in one sentence "remember the PRIZES".

I'm only talking about those gatcha games, but the concept of prizing itself...
It's quite important that you reward the players with something they want... in the previous mentioned options may vary from: figurines, outfits, etc....

Puzzle games usually focus on giving tools that would help you to solve more easily the next level... so it's comforting to know that collecting 100 spiders (which grants you extra life) helps you to "not go in and out the same dungeon 10 times".

Or coud be a blocking prize, such as bomb to open a cave... which without it, you would not be able to go further.
Like mentioned by @ShadowDragon above.

Usually, it's interesting to add something that they would like to show others, which required a lot of work and skills.
Ex: "check it out this golden sword only 5 players have that is only obtainable if you finish this boss in 3 minutes or less"
Last edited: May 22, 2020

Ragen said:
Giving the little amount of psychology I had to study (mostly towards cognitive psychology), I would summarize in one sentence "remember the PRIZES".

It's quite important that you reward the players with something they want... options may vary: figurines, outfits, etc....

Puzzle games usually focus on giving tools that would help you to solve more easily the next level... so it's comforting to know that collecting 100 spiders (which grants you extra life) helps you to "not go in and out the same dungeon 10 times".

Usually it's interesting to add something that they would like to show others which required a lot of work and skills.
Ex: "check it out this golden sword only 5 players have that is only obtainable if you finish this boss in 3 minutes or less"
Click to expand...

One more thing... when following this path please remember to level up difficulty with prizes... saw way too many "do this simple task in order to gain 1 billion extra points" which is highly unmotivating though it seems the other way around...

ImaginaryVillain
No water this time, just trying for a majestic cliffside... The cave snuck in because I liked it. Now I guess I need a mini cave map or "secret" for it.
48 minutes ago •••