I want to make a commercial game. I need to know what standards I have to keep in mind to get my game released and making money on platforms like Steam, if any. This is not an opinion thread on the viability of this plan. I simply want a tutorial checking all the necessary boxes, if any, that will get an RM MV game's foot in the door.

I've moved this thread to Commercial Discussion. Please be sure to post your threads in the correct forum next time. Thank you.

Deployment is strictly for technical issues or technical questions (about packaging a playable game from RPG Maker's editor, etc.). Commercial Discussion is the right place for this.

I’ve not released a commercial game myself (yet). But if we talk generalities of what a modern gamer might expect out of you, then I’d say the game should start in fullscreen and have a decent screen resolution (I’d suggest 1104x624 or 720x1024 depending on the game).

You need plugins to achieve this though. 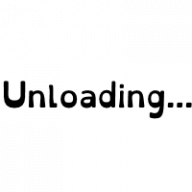 Due to a lot of people in Russia, China, (and probably a few other countries) creating low-effort games on Steam a lot of people will now avoid anything that looks a lot like an RPG Maker game.

0) Never start with a commercial game as your first project. Once you cobble something together that works, has a story, and is playable then you will have enough experience to have a good idea of what is needed, what you are capable of, and what your limitations are (which is vital in overcoming limitations).

1) Graphics. Make your game visually stand out (but in a good way). Even if you need to buy assets or hire others make sure your game looks like everything belongs in the same world/universe/game.

3) When you make a video showing off your game, don't show off things provided by RPG Maker or common plug-ins as features. This is what low-effort games do. "Oh look, you can travel the map, talk to NPCs, and fight in combat, just like all the other RPG Maker games!" <-- Avoid this and don't just show your game, show how it stands out from the others both visually and mechanically.

4) A Hook. What hooks people into wanting to play a game? Pokemon has pocket monsters you can collect, racing games give people actual adrenaline to hook them, and dating sims give lonely men the illusion of hope. Within a single game people may have different reasons to be hooked, social, exploration, domination, and creation. Minecraft has all of that and graphically looks like an 8-year-old in his 40s made it, but it still stands out!

If you want to go the unethical route you could implement Skinner Box mechanics like random rewards and daily login bonuses (just make sure to call them something positive like Surprise Mechanics and avoid terms like Operant conditioning chamber).

5) Try to avoid any jarring shifts in tone.

@Giauz_Ragnarock
What kind of commercial success do you expect?

If you're looking for a way to get a game sold and being able to say "This is my gmae" without caring for the amount of money is possible with such a checklist.
If you're looking for a way to make money to live on this, then that requires much more than such a checklist. To my knowledge there is no RPG-Maker game released in the last few years that has reached the "break even" point of money.

Game development takes years to complete a game and then again years to build up some sales (if the game quality allows for sales at all).
Flipping burgers at minimum wage will get you ten times the money for your time as compared to game development.


That said, if you want to go this route the first point is to go to your ciy's offices and check the conditions for a business licence and on tax laws and tax reductions.
You don't need that from the beginning (you can start game development privately, but to have any of your expenses while developing the game count for tax reduction of your game's sales, you'll need that business licence. But you need to keep in mind the time limits on tax reductions as well - if you need five years to complete the game before it can be sold, purchases done now won't be able to reduce your taxes.
But the tax laws are different in different countries, that's why you have to ask.

Next point is why we tell everyone to never make the first project commercial.
You need to know how much work to put in in order to gain something from a commercial game. Putting in five thousand hours into your game will mean that your profits (if any) will be counted in .0001 cent's per working hour...
Completing a game non-commercially will not only give you experience in how much time bughunting and balancing will need, but also allow you to learn the engine and speedup your development for the next game.

A piece of advice if you're in the UK - we now have specific legislation about being a "micro-trader", which means if you make less than £1000 a year, you don't have to deal with any aspect of tax law. This was added a few years ago to deal with the fact that, technically, people were meant to declare their income via things like eBay as taxable income, but of course no-one did - so it was easier for the taxman just to create a regulation where they clearly stated they didn't care, provided your earnings were under £1000 per year (which will cover most people).

Anyone can put up a game on Steam, but convincing enough buyers to purchase it (to make a net profit) is a challenge that many indie developers seem to fail at.

You need to research IP law and marketing, as well as everything that makes a game worth buying - everything from art to sound to mechanics.

As for making a commercial game as the first game, I believe that there can be exceptions to being able to do it well, but exceptions aren't most people.

If you don't have a starting line of years of relevant training + research and perhaps an already developed audience, making your first game a commercially viable product may take many years. Most people don't have that starting line or the patience to build themselves towards the starting line, resulting in poor quality games that offer poor impressions of their capability as developers.

Games like these are also on Steam, so if you're making RPGs, you have to compare yourself with not just RPG Maker games - you have to look at both indie developers and AAA companies when setting your price for sale and setting expectations of buyers choosing your game when there are other games that are quite possibly better than yours on the same market.

It's important to also note that if selling a commercial game, you're not just asking people to spend money even if you set your price low - you're asking them to spend their limited TIME playing your game, and they might rather spend their time playing something else.

Yeah, my first game will not be commercial. I just wanted to know if there were any standards like @Parallax Panda suggested that would be expected at the least. I am very new to RMMV and have only limited time myself.

There is a lot of work in creating a game, especially starting off with your first game. Some people takes months, some takes years. But it's very rewarding once you release your product. Here are a few of my advice:

- Know what project you'll be working on, what genre of game are you making? What unique features will your game have? Come up with a schedule and stick to it.
- Have your project be very small (because it's your project, so you'll keep adding features and updates so the end result won't be what you planned).
- Get together a group of dedicated people that are willing to work on the project with you.
- Focus on gameplay first, then graphics and story. But you'll need all 3 if you want your game to succeed.
- It's okay for your first game to be commercial as long as you are willing to put the time and effort in polishing it and marketing it. You should not disregard that thought completely.

It might be a good idea to look at recent (non-porn) RPGM games that sold well in recent years. Going by maker...

VX Ace had both
Always Sometimes Monsters (2014) andLisa The Painful (2014). They were fairly big names, and each sold 200,000 - 500,000 copies according to steamspy, though of course that doesn't take into account console sales.

Someone correct me if I'm wrong, I don't think there have been any big successes using MV yet. I'm not sure if that says something about the MV engine in particular (or its early teething problems), or is just a statement of how long the development cycles are for personal RPG projects.

Anyway, if you're trying to aim high for a commercial RPG Maker Game, that's the sort of thing that has sold fairly well in the last couple of years.

(And as far as the biggest free RPGM games go, there's of course Barkley Shut Up and Jam Gaiden (which started life as a RPG Maker project before being ported to gamemaker, so I think it's still useful for inspiration), Off, and Yume Nikki)


One (obvious) thing is that each of these games has a style that isn't based off the RTP; if you want to move away from it, OpenGameArt has some good free assets (admittedly, buried in a compost heap of low quality first-efforts).
You must log in or register to reply here.
Share:
Facebook Twitter Reddit Pinterest Tumblr WhatsApp Email Share Link

Beckx
Generally speaking, would there be interest in some form of tutorial regarding general project management? I see there are a lot of indie/self-taught devs around here, and looking back i feel like there was a lack of resources on how to properly manage a project that might take several years to finish
14 minutes ago •••