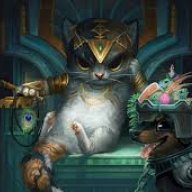 Hey! I'm using NeMV SR to create alternate resources for my classes. Some effects I've already been able to implement, but there's one that eludes me, because it requires a combo with YEP Base Parameters. So here's what I want to do:

For the Sellsword class, there is a tertiary resource called Focus, generated ofc by most offensive and defensive skills. It doesn't do anything interesting on it's own, except provide the player with 2 dump mechanics, one offensive and one defensive: when Focus is high, players can decide what they want to do with it.

The offensive one is Whirlwind and was pretty easy to implement using the attack formula:

It does damage based on the value of Focus, then with a note tag I reset focus to 0 to give the illusion that it was "spent". It works.

The problem is the other skill, Battle Prowess. I want it to check for the value of Focus, and then grant the caster a percentage of extra DEF based on the stacks of Focus. So for example, if you cast Prowess with 37 stacks, you'd receive 18% bonus DEF. Issue is, naturally, that my Base Parameters notetag doesn't recognize the NeMV value "a.getSR(57)" and thus can't add a percentage of DEF so it ends up doing nothing. It'll reset the stacks, grant me the rest of the state perks, but not the DEF.

So my hypothesis and question is, is there a way to bridge the 2 plugins together via a variable in-game? say NeMV sets the variable to the stacks of Focus, then Base Parameters uses and resets that variable to apply the DEF percentage. Or maybe there's another way to do it?

I appreciate the help. Alternatives if this is not possible would be to have the skill heal based on stacks through attack formula or just have a set Focus cost instead of a variable one, which would make it less interesting.

[mod]Please give links to the websites of the plugins you want help with, no one can help without checking them in detail[/mod]

LunarFlareStudios
How has this place been dead quiet since after I posted about Deltarune? That's the only post that people are reacting to now... will you please read my other statuses?
Today at 3:12 PM •••