I apologize for neglecting the thread. There's really no excuse, I just got lazy and distracted because well... I wasn't committed. It was something that I did only when it was convenient. But now, that's changed:


Yesterday, I announced my ******* page and created three reward tiers. I've also managed to come up with a ballot system that still benefits those who are unable/don't want to be patrons. Details of how it all works are in the video.

Now that I have a system in place to handle submissions, I will ask that anyone who has sent their game to me to please send it again.

I also feel that I should mention the following:

I will not be playing IGMC submissions. I did this last year and it was not only overwhelming due to the sheer number of submissions, but very unfulfilling for me. The reason is because I love the idea of helping developers improve core mechanics and gameplay. I also love the idea of seeing a game blossom after I've made my First Impressions video. But with IGMC submissions, I don't typically see these things happen because the projects are left alone after the IGMC is done. I know there are exceptions, but I just haven't seen many in my experiences. I hope you all understand. 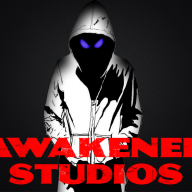 Hi Neo, I been watching your videos for some time now and really enjoy your reviews and critiques. I also checked out your game and its very well polished. I really like that talking mechanic during the traveling!

I have been working on my game for 2 years now, relatively in silence and feel like I need some feedback because I don't even know if I'm going in the right direction lol. I enjoy it but will the people? I would greatly appreciate it if you could find some time out of your day to review the game. I would also love to discuss game design/mechanics and whatnot. Creating an experience people can enjoy is the ultimate goal. I just posted my game to the Games in Development Thread so I'm waiting on confirmation on that. Please let me know if you can get a chance to check it out.

thanks for your time.
Here is the thread for the game if interested
https://forums.rpgmakerweb.com/index.php?threads/lyfis-chronicles-beta-ready.104293/
Last edited: Jan 12, 2019

Thank you for reaching out @Artomes! We spoke privately shortly after you posted, so I don't need to remind you that your game is added to my list.

With that said, another video was just completed:

Updating the thread with a recent FI video: