15 - 100 hours? That's impressive but why does it vary so heavily? Are there really 85 hours of side-quests while the story mode is 15 hours itself? 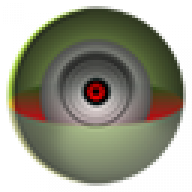 FleshToDust said:
15 - 100 hours? That's impressive but why does it vary so heavily? Are there really 85 hours of side-quests while the story mode is 15 hours itself?
Click to expand...

Well, the 15 would be playing the game simulating everything and never getting lost. But honestly, it may be more than 15. The 100 is pretty accurate. If you use the battlefield battles all the time, it would take about 100 hours to complete everything that's built this far. I figure the average player will want to experience a little of both. In that case. it's probably 40-70 hours.

I'll give it a shot, as it sounds like you have put a ton of effort in. I used to play a few older western RPG's when I was in my teens so this could be interesting. It maybe a while before I can give you a review, as I don't have a lot of time for game playing.

One question. Is there any reason to choose less than 8 characters ever? Would it just make the game harder?

*edit* So I played it through exploring the first town and it seems pretty fun so far, but it's overwhelming lol. The controls are wierd, and I just noticed you listed them on the first page so I will use that next time I hop on to play again. It's wierd having individual inventories and money between your party members, and I have 8 so.. gonna get a bit confusing lol. I am guessing since it's based off of a table top your expected to make 4 or so and kinda "create your own adventure?" I also am not sure if its pointless or not to scroll through each party member trying some of the options when speaking to NPC's. Will NPC's respond differently depending on who the party leader is?
Last edited: Dec 3, 2019

Different characters will not lead to new information, but when requesting gifts, it makes a difference. NPCs give gifts based on a variety of factors, some include, race, gender, hometown, class, etc. So, when those properties of the NPCs face window light up, it means you have a connection with that character. New in 0.84 is the ability to cycle between party members from the NPC scene, it's A and D that do the cycling.

I know it can be overwhelming. It's not your average game, and I haven't completely finished a manual. But I try to improve on the systems with each release.

I am following the guide of the tabletop game I created back in 2000/2001 in 13 notebooks. I'm on 4. Haha! But that's why I release it in these large updates when a new nation is finished. Also, I have a patching system which makes saves viable from older versions. So, it would be just a matter of moving your save file to the new versions main folder in order to play the quest you're on. If you need help, let me know. And don't worry about responding immediately, it's a marathon of a game, and the best way to play it, is just to explore at your liesure.
You must log in or register to reply here.
Share:
Facebook Twitter Reddit Pinterest Tumblr WhatsApp Email Share Link

TheoAllen
Me: "I should make a quick prototype of my system to test early"
Also me: "Eh, drawing the character is more fun than actually making the game"

Avery BCj Avery wrote on BCj's profile.
Hey, how did your emergency surgery go? Are you okay?
Today at 7:57 PM •••

Jiggykoopbob
Remember when people had the ability to have meaningful conversations on platforms like twitter or facebook? Good times... Nowadays is absolute crap.
Today at 6:03 PM •••
worldofmz_rpg
#WorldofMZRPG
Today at 5:38 PM •••