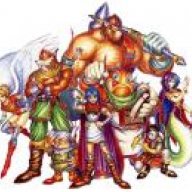 (READ THIS GUYS BEFORE GOING FURTHER ON) Right guys I'm not demanding for all this stuff even tho it looks like it but I'm not. I'm simply requesting for this stuff if ya cant help me then that's fine. I wont cry like a sissy girl or anything lol because I cant force ya to help me or out but if ya can help me with this project then it will be much appreciated from me and will be a big help to me and you will all be credited for your hard work. anyway.....thanks for reading this part and if your gonna read the rest of this post then thanks for taking your time to read all this and I hope to hear back from any of ya. [IMG]http://www.rpgmakervxace.net/public/style_emoticons/default/smile.png[/IMG]

I need a Dragon Gene/Skill Script or something for Ryu so he can turn into his dragon forms like in the games but think I'm gonna add few more dragons to his list just to update the game a bit more. That reminds me I will need some spriting for dragons which I'll put a link up for the dragons thats already on the original game but if someones interested in helping then ill go into more details with the new dragon list mixed with old and I also fusion script for Karn which I'm coming to that now.

(Has all dragon forms on there if you look properly or you can play the game and see its up to you or youtube it. [IMG]http://www.rpgmakervxace.net/public/style_emoticons/default/smile.png[/IMG])

Now Karn's has the ability to fuse certain characters together to make a stronger character which is useful coz the bosses do get stronger i need a script for that so Karn do the fusion spell as you can on the game in battle or out of the battle there's a link to karns fusions showing you what fusions there is and who fuses to make that character below this will also need sprites aswell.

(now the fifth one on here is angi a dragon for Ryu but it fuses all characters together and uses bit of AP but only Ryu can summon that Dragon no one else can expept you need karn in your party to use the summon.)

That's basically it i think up to now apart from needing the villages sprites and other creature sprites and monsters flame/fire graphic for the intro and etc i cant really think of anything else that I need so I hope someone can help me be nice to hear from someone thanks for your time for reading all this.

Now as you have seen in the pics with the status there was less stats compared to the breath of fire game need a script to add them stats to the game:

Thats what needs adding to the stats.

Bleak is the dark city, the city of thieves its allways dark there

If it can be an all-in-one script that would be awesome and theres also a Sky Key which controls the Seaons to which season you want where you are and theres the TmKey (Time Key) which does nothing in the original game but on this one I'm doing I want it to control Time like Time Travel  through Time to I dunno for example 7am to 7pm thats what i want this key to do.

ill be grateful if anyone can help me with this stuff and will be credited as promised and hope to hear from anyone thats willing to help me.

Part 1 is in the Resource Requests. or Click here to go directly to it.

Could you either be more descriptive or change the title of your post? I can't make heads or tails of it.

Yes, your thread title should be a short summary of what you need, not an essay of what you're doing.


Also, it would be much better if you would just create a thread for each script you need. It's going to get VERY confusing in here if people actually need to get information from you on any/all of them.

Rebel_Prince said:
Could you either be more descriptive or change the title of your post? I can't make heads or tails of it.
Click to expand...

Shaz said:
Yes, your thread title should be a short summary of what you need, not an essay of what you're doing.

Also, it would be much better if you would just create a thread for each script you need. It's going to get VERY confusing in here if people actually need to get information from you on any/all of them.
Click to expand...

Yeah guys I apologies, I just re read what I wrote all that stuff I wrote. I'm basically after scripts for my project that I have wrote about, what I basically described in some/all of them is basically what I want for each script or want the script to be like for my project.

I shall put all these in different threads if it makes it alot easier for you guys.

Different threads for different requests will definitely make it easier to keep track of, and for people to discuss with you. Thanks


I will go ahead and close this thread, since you're creating individual requests.
Last edited by a moderator: Jan 27, 2014