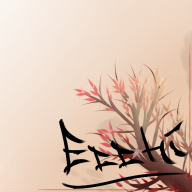 Hey everyone! I'm new to both here and making RPGs. I've watched a few online tutorials on youtube (currently watching tutorials by SRDude, and they're pretty helpful for the most part). However, I'm running into some issues with the current game I'm trying to make. I'm currently going for a horror-based game, where theres a main villian you need watch out for. Well... theres some issues I'm running into and can't seem to find any tutorials about...

1. I'm adding in characters as I go. I know the story I want, and I know the direction I need to take my game, but I'd end up getting lost in just creating new characters that I'm never going to use, so I make them as I progress. That, itself, isn't the issue. The issue is setting up an NPC battle that stops mid fight (after the enemies HP hits a specific point), and having them run away and into another room.

How would I go about doing this? I don't know if the set directional options would really work and just make him run into a wall... I also don't know how to get that NPC to transfer into another room.

2. Where can I find good horror based resources? I have a few already in my RPG Maker VX Ace, but I'm looking for a few more tile textures, to be more specific, old and worn out doors. Think... Corpse Party in terms of deseign?

3. Hidden doors, sliding book cases, and hiding spots... how would I go about doing these as well?

Just a few issues, nothing that maybe a little googling could help with, but the one thing I can't find is the issue with the NPC. I'm not trying to make a fantasy fighter game. So, I don't necessarily need so many combat skills and sets and end up setting most of it all to either 1 or 0 since the main characters going to be running and hiding.

Before all else: you cannot "transfer" NPCs across maps/rooms. NPCs in RPG Maker are map-specific events that you may interact with based on conditions such as switches or variables. You CAN make it so that interacting with an event on one map affects others even on other maps via use of those conditions. It's also possible, via clever use of a Common Event or multiple, to make an NPC appear to interact and "remember" across maps. That might be quite some effort, depending on what you actually want.

1. you can abort the battle with that exact command, it's on the third page for event command pre-sets. Place it in a troop battle on a page that has a condition of "enemy x was y amount of health left". For how to have them reach the door, depends if you need it dynamically or not. If they only stand in one spot, it's a pretty simple case of movement route (second page of event command pre-sets). You may want to make a conditional branch based on which way your player looks lest your player stands in the way when the movement route triggers and softlocks the game.
It's more of a problem if your NPC walks around, because then you have to figure out his location on the map and have him run dynamically towards the door. It's possible but most likely requires script calling, which I don't recommend for a beginner.

2. Steam has an inexhaustible amount of DLC for RPGM, and a lot of it is tilesets. The go-to tileset for horror is "Evil Castle". I also have 2 tileset files simply labeled "horror1" and "horror2", but these are from a co-worker of our game, so I do not know where they are from nor can share them. They are basicly default tiles but extremely destroyed and bloody. Generally look on Google if you find some good resources suiting your needs.

3. "Ancient Dungeons" has sliding bookshelves and similar things. Unless you mean how to implement them, in which case like any event, and moveroutes. If you look at the default chest thing, it makes you a moveroute that you could also use for graphics set up in a similar way (the "looking down, left, right, up" moveroute thing). Hiding spots depends - if you want events to have vision, there's a script for that (multiple really), and the vision will most likely be obstructable. Otherwise, maybe with regions where you can set certain tiles to be "safe" or not. It's one of the things where you have to be more specific.

That all said, TBH you should probably start with another project, something of a testbed so you can get more familiar with the engine first. RPGMVXA is very, very versatile with scripts and can do almost anything, but if you want to make something that isn't a traditional RPG, it will require a lot of additional effort.

I also suggest you follow the link to the "starting point" in my signature.
Video tutorials have several disadvantages for learning, the best way is to work through tutorials and that is difficult with a video you have to stop every ten seconds to recreate the step in your own project. Printed tutorial or text in a different window can handle that much easier.

Honestly I don't mind the extra work. I'm also an artist and plan on adding in my own character art as well. As for scripting, I'd rather stay away from it until I get better at making RPGs. The initial story of this though is based on my personal life struggles with procrastination and my overall drive to actually finish a project. The "procrastination" will be shown as an enemy, a seriel killer that chases the player. Other victims around the house are going to be the projects that I never finished, and the main goal is to finish the game overall. Hope the direction of where I'm going with this makes sense...?

Due to the tutorials, however, I was able to figure out a way to actually get the battle to stop mid way, and now need to set a cutscene with the villian running away. I may set it as a prallel process so the character can move while the villian runs towards another room thus ending the event.

As for hiding spots, I kind of got a general idea to simulate the killer searching, such as giving him a set route to look in specific areas. As of right now, I'm trying to come up with a way to get the art done without putting the game aside or... well... good ol procrastination would have struck again XD

Thank you so much for the advice!

If you're an artist, you might benefit joining a team of people working on a game. You can still dabble on the engine yourself, while not burdening yourself with the double effort. Some people are just better at one thing or another, and if you find someone who is really good at the map and coding parts, but bad at art, you got your match.
That's not to say you should not try at all, by all means do, but also keep in mind that the more work you have, the faster you could burn yourself out. Take regular rests from creating things, and don't try to force it. Write down what you want and discuss it with people you trust, see if they find flaws in reasoning or design, fix those. It will save you a lot of trouble down the line because it will, in most cases, prevent you from going "Well this doesn't work at all, now I have to redo it."

As for the concept, it sounds like a meta-based game, which CAN work if you frame it right. Say it all plays in the main character's mind, and projects are shown by interacting with a computer maybe? I think something like that could do. Still, again, think about finding a team of like-minded people to create this, it will make life much easier.
You must log in or register to reply here.
Share:
Facebook Twitter Reddit Pinterest Tumblr WhatsApp Email Share Link

Kaymon145
Had a funny feeling about my laptop last night so I moved my project over to desktop via thumbdrive, just experienced my first corrupted project and couldn't be happier about the timing!! *proceeds to copy file onto every thumbdrive in the house*
30 minutes ago •••