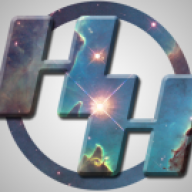 
I have googled searched, forum searched, and tried youtube as well but haven't been able to find a guide or solution to what I'm looking for.


I'll try to explain it as best as I can, since I don't fully know the terminology yet.


I want to have hand drawn animated sequences that can "pause" or have a looping "idle" animation, and the player will then select from several choices on a menu to "activate" the next animation. The game I'm creating revolves more around mini-games and these sort of sequences rather than battles.


To showcase what I mean, I found a really basic animation online showing a character stirring a pot, then having a taste with the spoon, reacting to the taste, then going back to the stirring animation.

My goal is to set up a sequence as follows:


Character will be holding the spoon, in an "idle" animation pose, waiting for a command from the player. The choices the player will have, for this example, will be "Add Ingredient", "Stir", and "Taste" 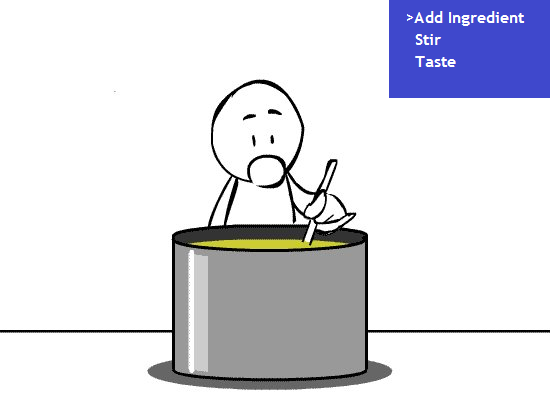 The player chooses "Taste" and the character's animation "activates" to have a taste. 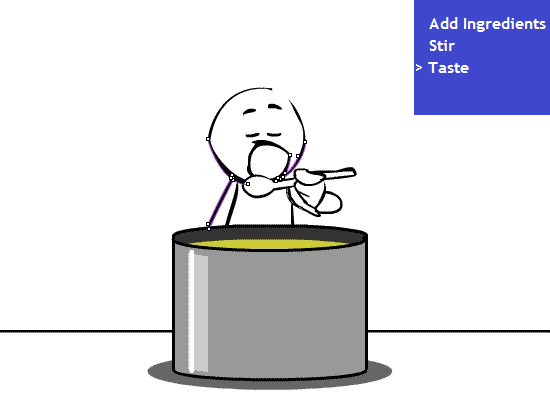 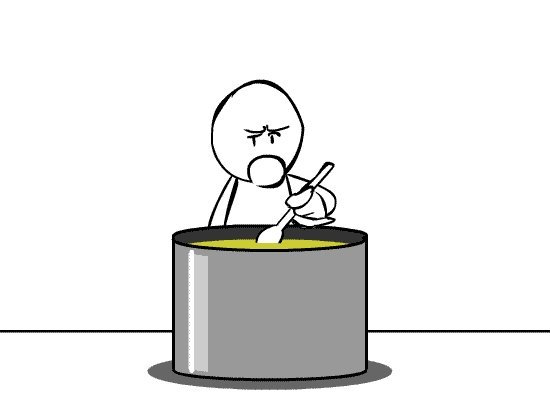 Afterward, the character goes back to the "idle" animation, and the player gets the three choices again.

This is a very basic example, but I would really like to add these sort of animated sequences to the game to add an extra layer of interest and fun.


If anyone knows how this could be accomplished I would really appreciate it!

Yes, that is possible with basic eventing commands.

ImaginaryVillain
*Buys all the PVGames assets, ends up creating his own ground tiles.* At least I used the other types of graphics? Right?
Today at 6:31 PM •••

Tw0Face
If you could fold a sheet of paper 42 times, the stack would reach from the earth to the moon. Do whatever you want with that information.
Today at 6:05 PM •••

JardyBardyy
wishing that everyone stays safe at this time
Today at 5:10 PM •••