I've been trying to get something to work, while learning js in parallel, but it seems (to me) that I am missing some syntax particular to RM, so I thought I'd just come out and ask.

I understand I need to use

and while I can see on the script calls spreadsheet I can change a variable by using $gameVariables.setValue(var,value);

I have no idea how to "getValue". How do you use a variable value within a script?

Please indulge my question, I'm not sure whether I'm missing something from a js perspective, but the only instance of $gameVariables I can find is in DataManager and that doesn't declare the data type, so I'm a bit stuck, especially if there is syntax specific to RM (which I am too newbie to know for sure).

Oh I figured it out. I was using the value function with a capital letter.

Nothing like posting a question for making an epiphany.

Thread can be closed, thanks. 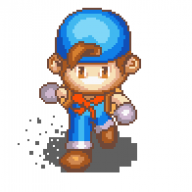 First a disclaimer, I am new to javascript so I don't know whether it works. However, % should be a modulus operation. I haven't seen what I've done on here before, but essentially what I'm doing is using one variable to represent many variables or "game progression states".

I'll say first that I've since discovered that I could use an array to do this more simply so you won't learn anything useful by reading what I was trying to do, but what I had worked out went like this:

I identify some event as being likely the nth you will encounter in the story, so it with be associated with the id n

variable2 == n // variable2 is a single use variable that I just use for this event but can be reused for any similar calculation
if ( variable1 mod (2^variable2) < (2^(variable2-1)) //Is it true that I haven't run this event before?
then
run event
variable1 += 2^(variable2 -1) //Record in variable1 that I have run the event with id n
end;
Erase Event //enables event page 2 that is the inactive state

Basically, in hindsight, I created an extra variable to keep track of which events had run when I could have just used a self switch. However, I had in mind that variable1 would keep track of all game progress, such as if you had a town that you could upgrade, which would change tilesets on the map or create events representing houses and stuff. Probably easier with an array if you are using it for such a dedicated purpose though.

Edit: Oh, as far as what you could use the mod function for, suppose you have 40 collectibles in a game, and you get a bonus every 5 collectibles, and an npc manages that.

Then asking the npc for the bonus would be something like

im just asking what ("%") this is
turns out to be a remainder function, if im using it wrong....
,went through the internet to find what this is, but found non, so i used it... still doesnt know its real function

yeah it is. known as the modulus operation.

thanks .... for the term,
modulus operation

hainsay said:
yeah it is. known as the modulus operation.
Click to expand...

waow. Thanks, I didn't know about the quotes. This will make things so much easier.

hainsay said:
waow. Thanks, I didn't know about the quotes. This will make things so much easier.
Click to expand...

ya me too, I learned this recently.
Ideally, you must think about it, because its can be source of very big problems.

Too much Greek for me.

Modulus has a cool ring to it. I've been calling it remainder for the longest time.

mogwai said:
Too much Greek for me.

Modulus has a cool ring to it. I've been calling it remainder for the longest time.
Click to expand...

i very love use the math modulus% when i need to do a loop with For(){}
it very easy to make distance between thing.
I study them in depth to understand all its usefulness and performance
ex: here my code to show my HUD, with perfect distance


Code:
this give to me pefect easy menu loop distance

PHP:
Or for ease in between from speed...

PHP:
Forgive me if what you are writing is a hightech 3D thing.
I just googled Head's Up Display. The only HUD I know is my apartement
That looks like hex colors. You do know about context.createLinearGradient() right?

mogwai said:
total distance between things could be like

PHP:
Or for ease in between from speed...

PHP:
Forgive me if what you are writing is a hightech 3D thing.
I just googled Head's Up Display. The only HUD I know is my apartement
That looks like hex colors. You do know about context.createLinearGradient() right?
Click to expand...

I understand, there are multitude of ways of doing.
It's always interesting to see how other work.
Modulus%, it one interessence way,among other.

Sorry for the hex codes, it is only for my visual reference in my codes.
These are a new tips that I try, for make specific references easy to visualize, especially if your plug + fon 500 line.
Eyes will catch more fast visual color than grey text
This helps me a lot if I have a function that affects certain object that is the same reference object. 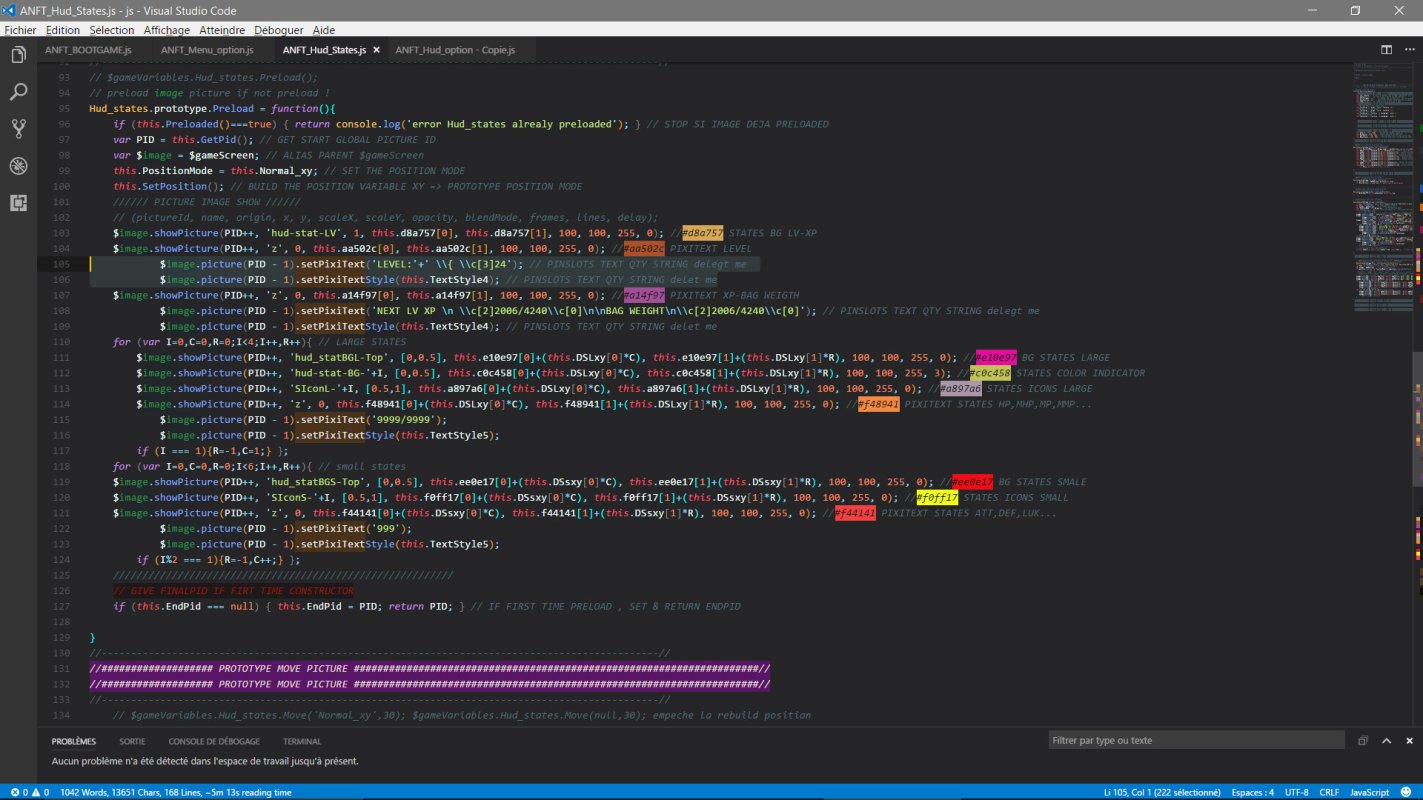 On a graphic calculator that symbol is pow. I'm all mixed up.

mogwai said:
What is XOR ^ by the way?

On a graphic calculator that symbol is pow. I'm all mixed up.
Click to expand...

XOR is for get Binairy ref of a number hex base.
This is the basic quantum computer language
In a binary application hardware programming context forward, this can be useful.
But in a simple games, it has no use.
will use maybe in robotic programming with hardware.
ex:
http://xor.pw/