I was working on the Birthday Bash when I suddenly felt the urge to take a small nap like all kittens do but then I found myself in a whole new dimension meow.
​ ​
AS THE MAIN CHARACTER
​ 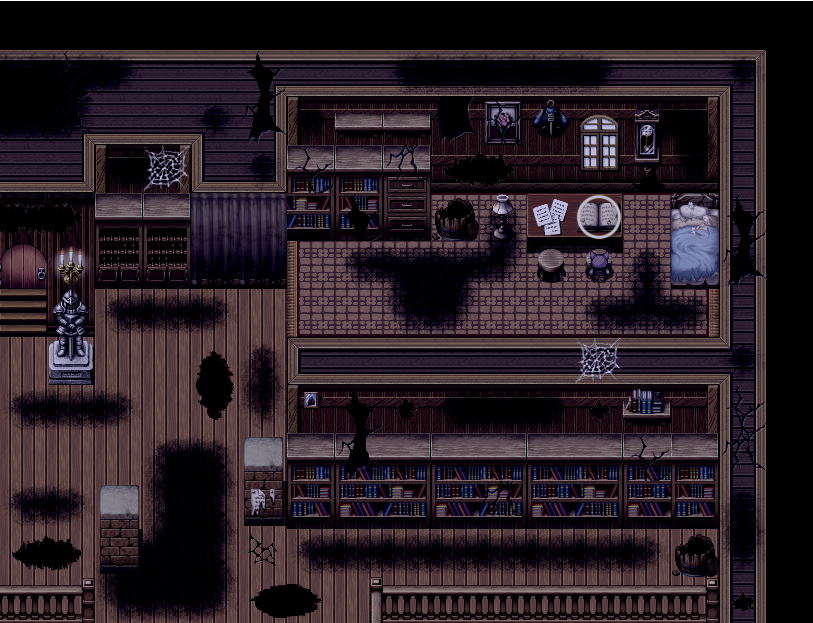 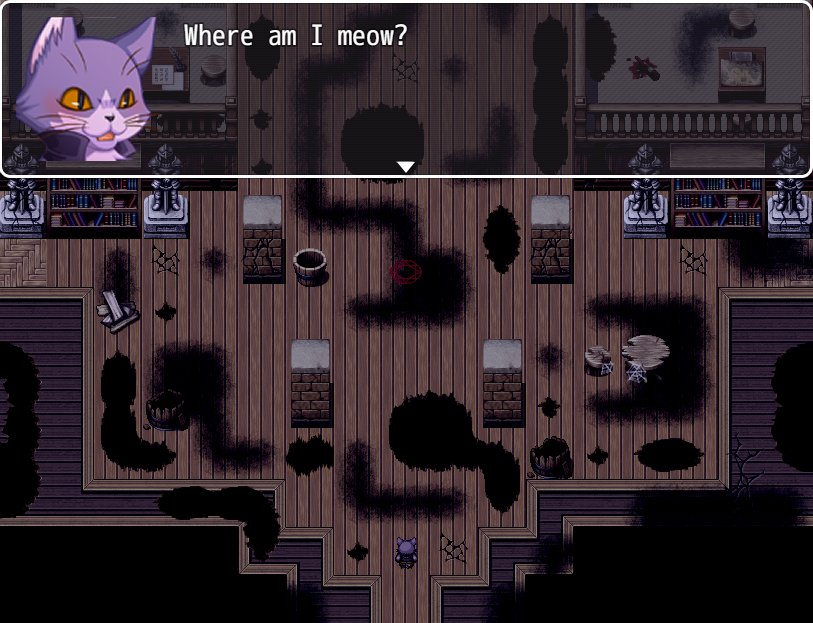 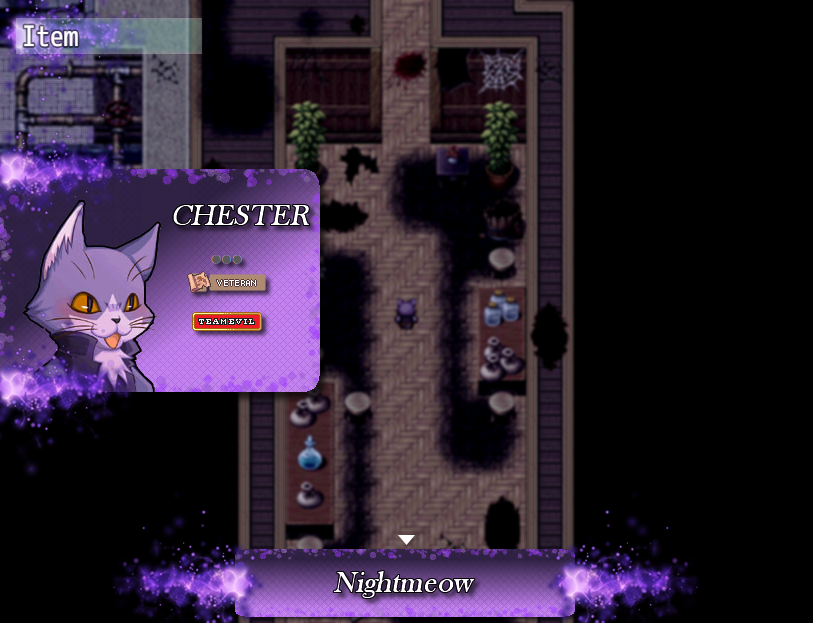 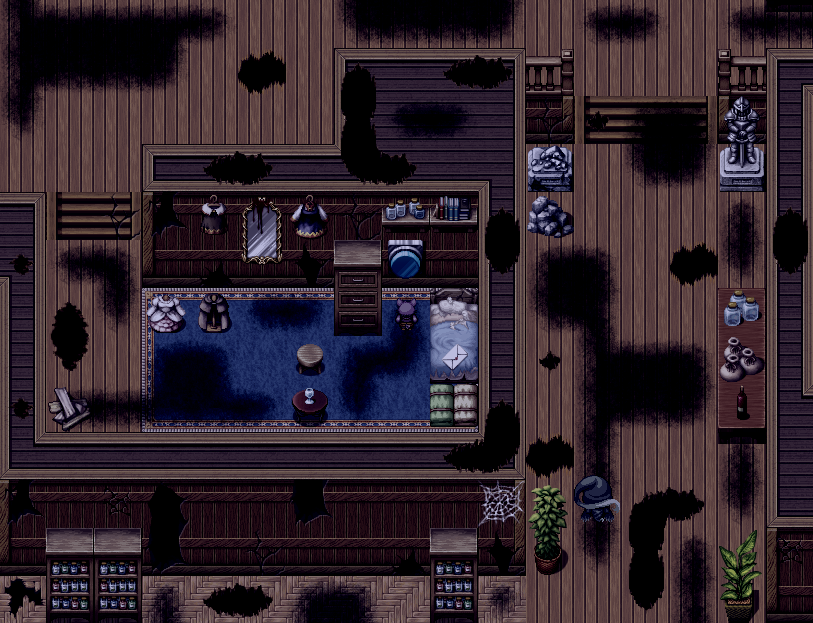 I played this game, but I didn't beat it. I can't decide if I just ended up stuck or if my path forward just failed to open up. I managed to beat the big ghost and then after that there didn't appear to be anywhere I could go. I recorded myself playing, so you can watch and tell me if I missed something. xD


A word of warning about the video, this is not my genre of choice. One touch Game Over encounters really harp on my patience. So at times I think I started to sound a bit annoyed. Passability errors and maybe the final glitch that stopped me aside, this appears to be a well put together game. So congrats on that and getting it done in time for the event.

I couldn't get engaged. The sheer lack of "spooky" or any kind of real ambience for a supposedly exploratory spooky adventure just did nothing to hold my attention. Granted the RTP alone is not good at spookyness, but the lack of any small detials like lighting, event choreography and sound effects fell flat. Overall there was nothing in it that made me want to continue playing. Nothing about it was grossly bad, but neither was it great.

Thanks for playing! I really appreciate it :3

Where was I supposed to go next, out of curiosity? It frustrates me I couldn't figure it out lol

Makio-Kuta said:
Where was I supposed to go next, out of curiosity? It frustrates me I couldn't figure it out lol
Click to expand...

I watched your video and I'm trying to figure out why there's that glitch. There's an item you didn't get in the library hallway to your right, below the save point in the Main Room of the mansion. For some reason, if you have that item before you fight the Big Ghost there is no glitch.

Oh I see. I suppose I locked myself out of the ending then. xD Well! This is why it's always good to get video let's plays when dealing with wibbly little glitches like that.

Hey Chester, gave this a play! First of all, yay I'm in a game sort of, I think that makes me famous right; I think it does!


I think you did a pretty good job of creating a sense of atmosphere using the default graphics alone and I thought some of the dialogue was funny/cute. I would have liked to see a bit more to the story, not sure if I somehow missed a better ending or the game really just ends that abruptly when you confront Hanako. I get it is supposed to be a nightmare segment but maybe it could have incorporated events from "Chester's" past as the nightmare. I had fun with trying to figure out how to maneuver around the ghosts, sort of made you think for a bit.


I thought the first run in with Hanako felt a bit cheap though, I hadn't even realized I was supposed to move and thought it was a scene lol, at this point some players might not even have saved yet because of how early it is and they may have found the key first. Maybe put another save point in that room, or imply the character can be controlled in these segments. Lastly ran into some passability stuff and a weird error where it read a bookshelf event on the floor:

Congrats on finishing your project in the time frame! I'd love to be mentioned or seen in more of Chester's adventures.

I tried to play your game, but got stuck at the same place as Makio-Kuta.  I didn't really enjoy it. I found the mapping to be just dark, not scary, and there are a lot of passability errors.  I died a lot, and got really tired of seeing that intro animation.  I'm not sure why you asked each time I found something if I wanted to take it or read it.  Unless taking something is an instant kill (please don't do that), pretty much everyone will want to grab the item.  Overall, I just wasn't able to get interested in the story.  Congrats on getting it done, but it wasn't a game for me.
You must log in or register to reply here.
Share:
Facebook Twitter Reddit Pinterest Tumblr WhatsApp Email Link