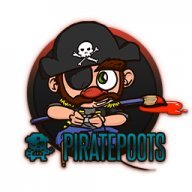 Hey, guys. I just wanted to share this series of RPG Maker tutorials that I'm working on. The tutorials are being made using RPG Maker MV, but I am hoping to make sure that the bulk of the series provides knowledge that can be transferable between the previous versions of the software, with the exception of a few things, such as plugin usage.

Obviously, being a small channel, and one that doesn't focus on RPG Maker (or have a relatively sizable audience to begin with), I need to look to other methods to get the word out and I figured that maybe I should post this here being that it is the official home of RPG Maker.

That being said, I wasn't sure if I should post this in the tutorial section or in here, as I am essentially promoting something of my own, even though at the same time, it is a series of video tutorials that I am promoting right now, rather than my YouTube channel as a whole. It's a strange predicament, but if any mods or admins feel it is appropriate to move this, that is fine.

Currently, I only have one video up and plan on making more, but I am looking for viewer participation as well. In the first video, I provide a homework assignment to create a new map and ask that viewers share their maps with me.

Obviously, you don't have to be a newbie to join in, and the first video contains information that is super basic, but if you know anyone who is interested in checking out RPG Maker, I'd appreciate it if you could pass the word on.

I plan to upload the next video this week, but if I do not, it will be no later than Friday of next week because I want to take my time and make sure these are videos anybody can follow. I don't have a set release schedule for the videos either as I've just been working on trying to get eyes on it for viewer participation, but if a few folks participate, I may speed up the creation.

Thanks for your time 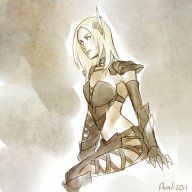 This was an awesome intro, and your voice was really nice and soothing & easy to follow along with. Thanks for doing this! I'd love to see more, especially around eventing!

I will be putting out more as I have time to work on it. I am currently working on part 2, which will go over the Database. It's a lot to unpack so I'll have to edit it down heavily. I'll update the thread when I have a new one available

Alright, folks! I've uploaded the 2nd video in the series. This one covers the first half of the database. Who would have known that there was so much to cover with the games Database that it'd have to be split into 2 videos? Next half of the database will come in another video soon!

Hey, folks. I know it's been a while since part 2, but I just wanted to give everyone a heads up that I am going to begin part 3 very soon now that the holidays are over.

I plan to release the videos in the following order:

So far, these are the tutorials planned moving forward and since it is covering the basics, I felt like it made sense to do things in this order, but as I am not in any way an expert in scripting, I will not be covering too much in the plugin creation side of things.

If there are any other tutorials you guys would like to see, let me know in this thread. I am considering asset creation tutorials as well at this time.

I was able to release the 2nd part of the database video this last Wednesday, however I've been super sick and unable to update this thread.

Sorry it took a while to do this one, but I spent way too long perfecting it until I finally gave up perfecting it and just finished it up, warts and all. 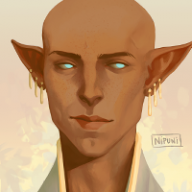 Thank you for sharing these videos. I've only just bought RMMV so they were super helpful introductions into the program.

You're very welcome and I'm glad that you are enjoying them and that they have helped you out. I'll definitely keep this threat updated each time I've uploaded a new video. I am hoping I'll have the editing of the next video finished this week

Hey, all! The 3rd part of the Database section is up and out of early access. I hope it helps!

The Mighty Palm
Therapist: any questions? Me: Yeah, are there actually people who think Hotel California is about drugs and not fame or are people just trying to upset me?
Therapist: They WHAT?
Today at 8:19 AM •••

Poryg
It's interesting. There are no safety hazards in our country, but if you look at the shelves in supermarkets, you'd say there's a zombie apocalypse here.
Today at 7:09 AM •••