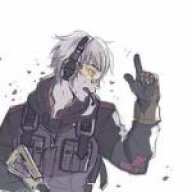 I followed the help sections guide on importing to windows, and it went smoothly for the most part, except for one thing.


After using the Enigma Box thing, I made the boxed game and all was fine and dandy, except that the game would not load.


I'm using that sound debugging fix, the one with the PreloadManager and the WebCache, and part of that is that it implements loading screens so it plays the sound right. There's one before


the title, and in playtests that lasts about 10 seconds at most, but using the boxed game it just never loads. I left it up for 10 minutes and it never changed. I'm wondering if anyone knows why or how to fix it.


Edit: I sort of got it to work. I unchecked "exclude unused files" and it worked. I'm assuming the game got rid of a file that it needed to run. The file size is 2 times bigger now, and almost reaches 1 gig, but I'll figure it out.
Last edited by a moderator: May 15, 2016
You must log in or register to reply here.
Share:
Facebook Twitter Reddit Pinterest Tumblr WhatsApp Email Share Link

CleanWater
I'm running a sale for Learn RPG Maker MV on Itch.io, can I compete with NSFW games earning goals?
4 minutes ago •••