NPC Doesn't Show Up During Cutscene

The basic setup is - the party just enters the sewers when a monkey is supposed to jump to a certain area, steal an item, and runs off. Unfortunately, the monkey never appears. Everything works perfectly up until this point.

He's simply off-screen and is supposed to jump according to the arrow. Here is the cutscene event: 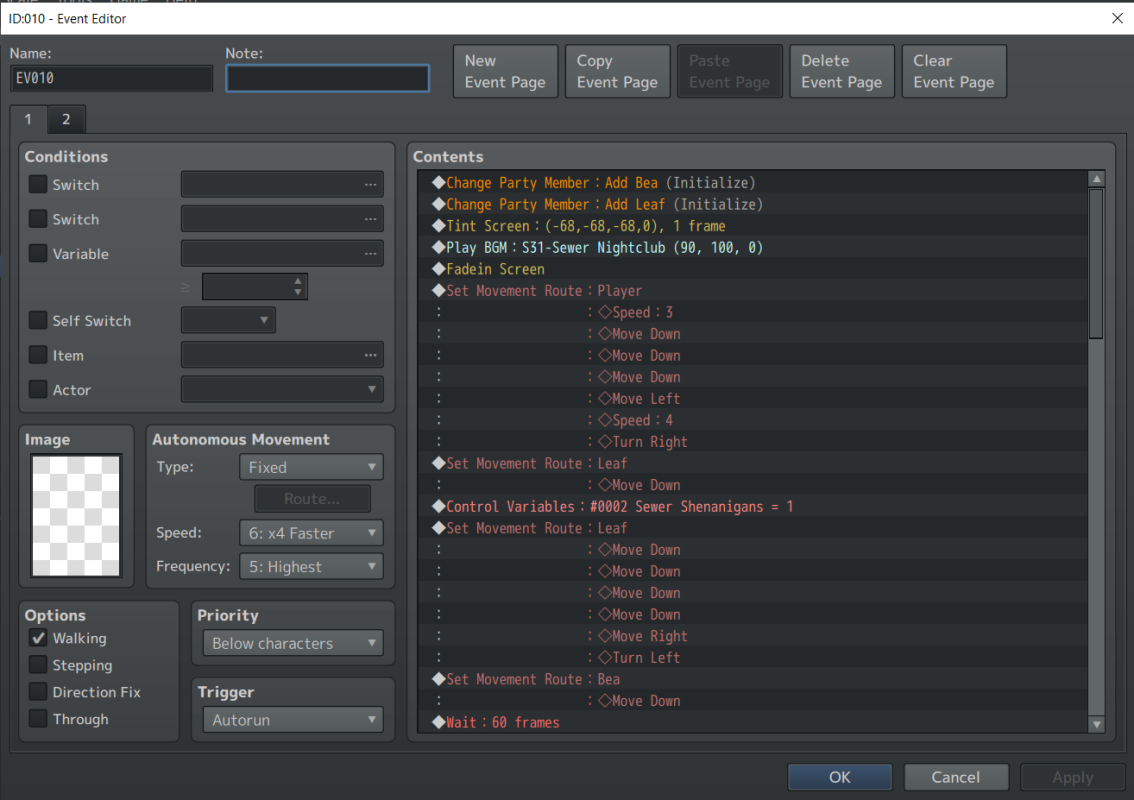 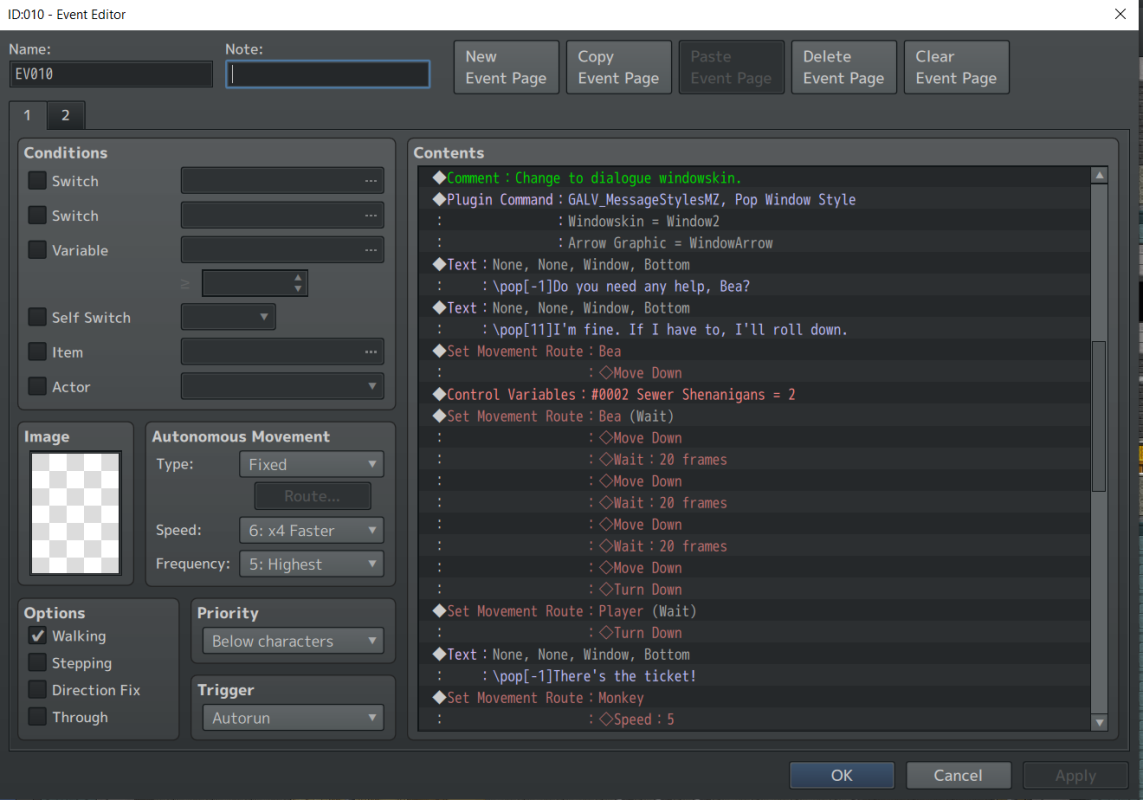 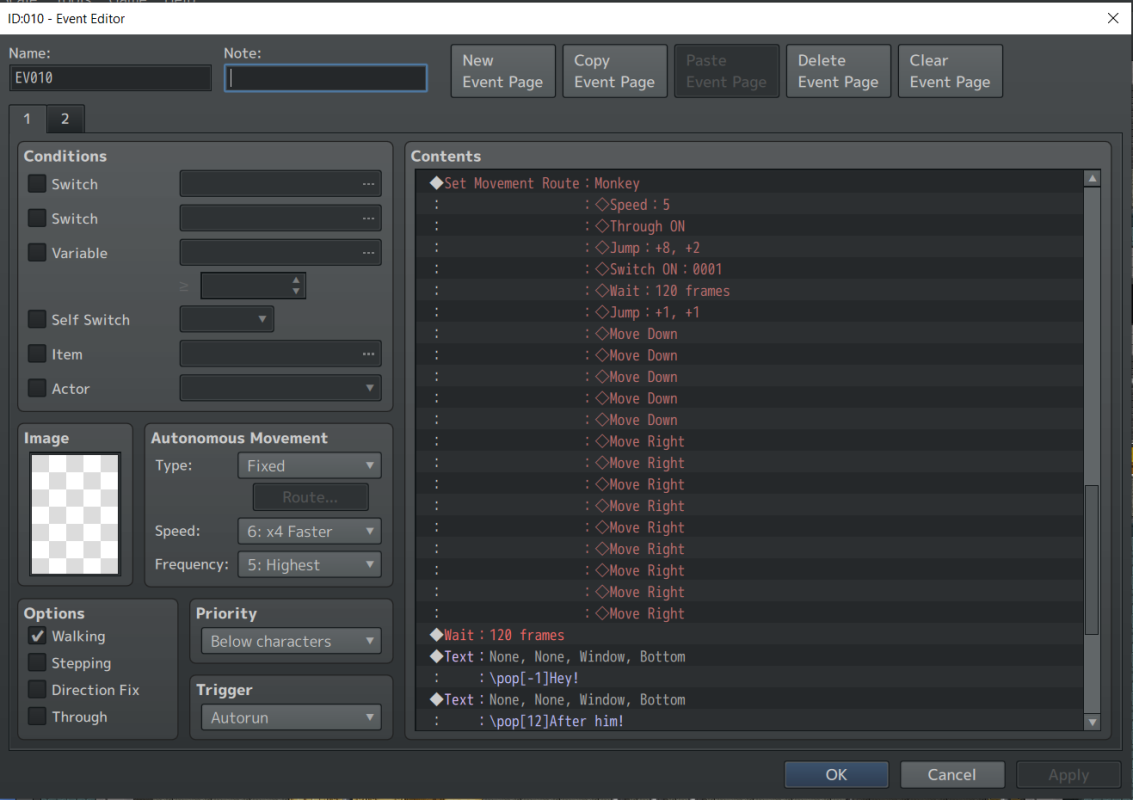 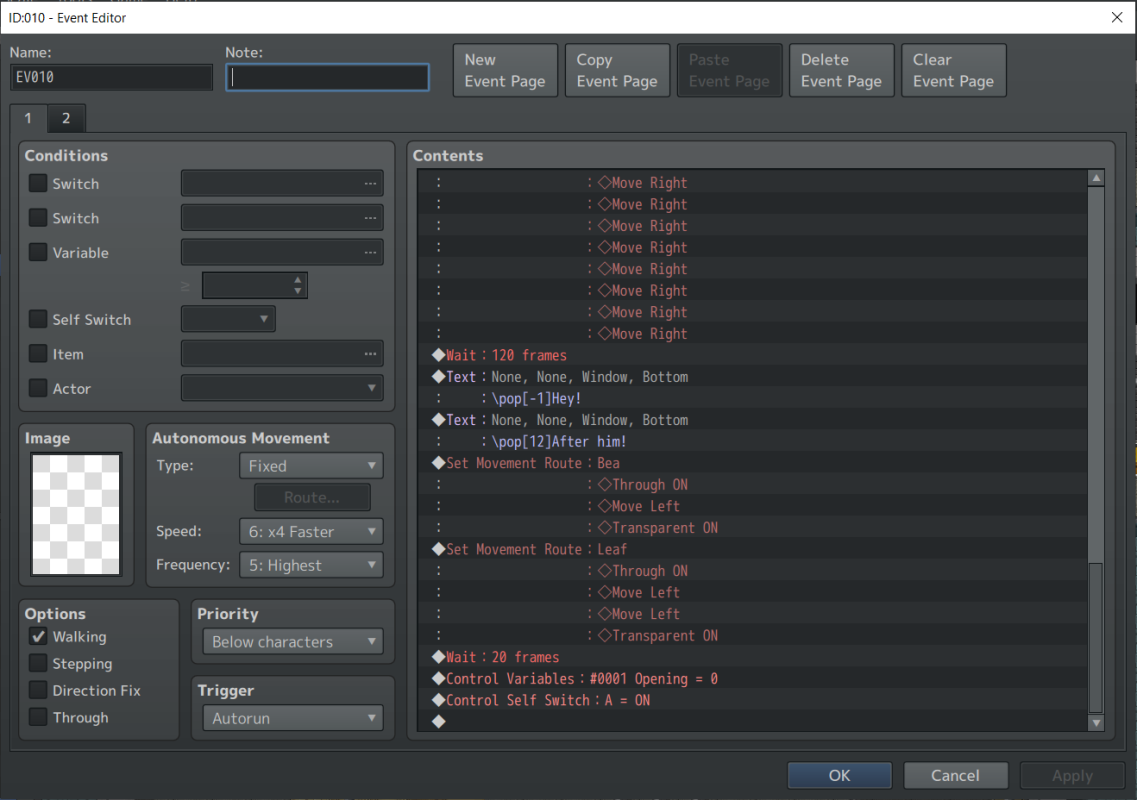 And here is the monkey's event page: 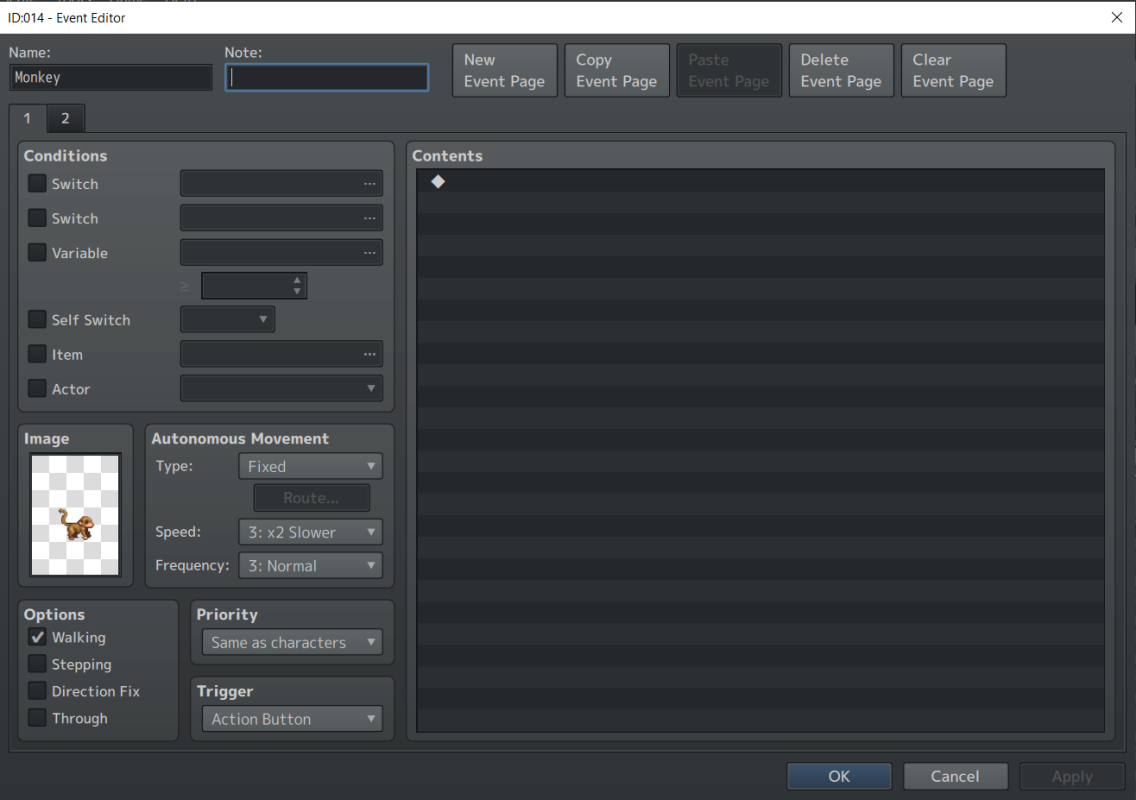 Thanks for any help!

What is on the monkey's second event page?

Nothing, except a variable for when the cutscene is over. 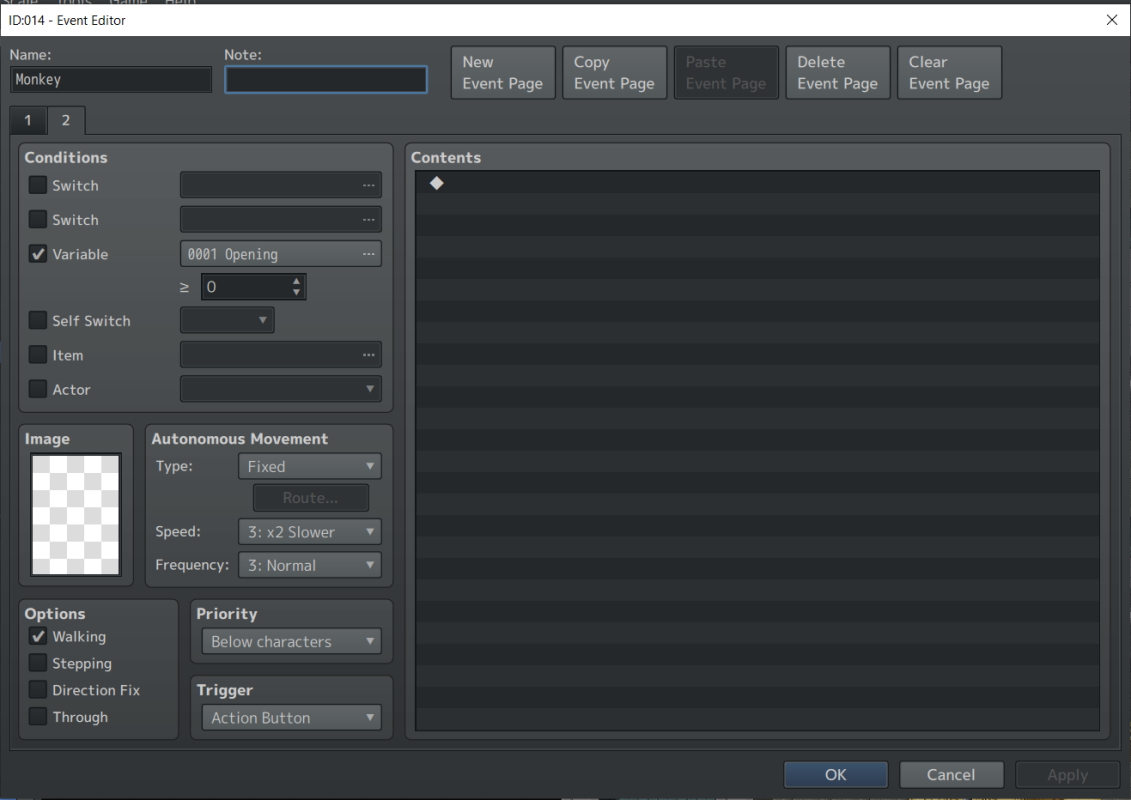 StrawberryFlower said:
Nothing, except a variable for when the cutscene is over.

There's your problem. Variables initialise at 0, you've got this set up to be "Activate this page when greater than or equal to zero" - if you change that to 1 the monkey will show up.

I totally forgot the variables for showing the party members and the monkey was different. XD

Just as a quick note, technically the variables don't initialize.

They start as an array of undefined data - if you look at it using anything that utilizes the inherent $gameVariables.value() method, that will return 0 if that variable is still undefined, but it remains undefined until you assign it a value.

I don't mean to be picky, but it can make a difference if you access the variable directly or if you look at it using a damage formula or any plugin code that works the same way. An unused game variable in that case will return undefined, not 0.