Here is a quick tutorial on how to stop NPC(s) that run around without going outside the area you want them confined to. This can be a square, rectangle, or any shaped area. There are external scripts that can do this, but here is one way to do it without one.

Although this is created using VX Ace, it should work in any RPG Maker with regions.

Once you create your map you need to set up the regions that restricts the NPC(s).

Here is an example: 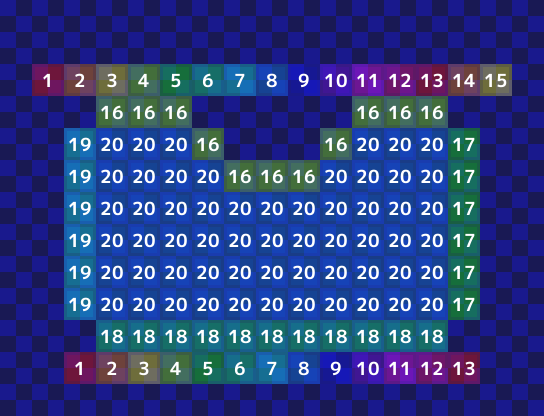 In the example, I want to keep all NPCs within the region 20 area and the boundries are 16-19.

Here is what I did and there may also be other ways to do it: 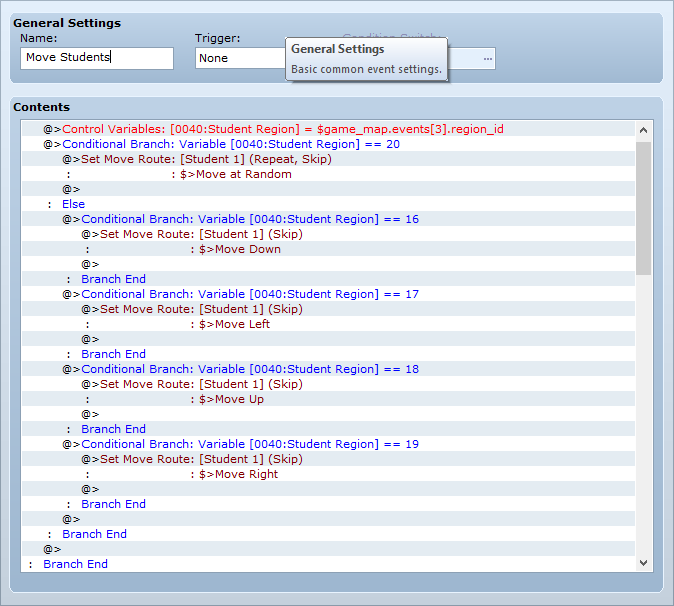 Let me explain further about that. In the Region image above you saw that region 20 was surrounded by regions 16-19. Well, depending which region the NPC is on depends on how it is to move. That is the conditions listed undet 'else' in the example.

16 is above the area so to get back into the area it needs to move down. Yes, in some areas it could move left/right, but that doesn't matter because down will ALWAYS get the NPC back in the area. 17 is to the right of the area so the NPC reverses course and goes left to get back in. 18 NPC moves back up, and 19 it moves right.

If you have any questions, want further information, or noticed I missed something, let me know and I will respond. Also, I will upload a demo if someone would like to see this in action.

Citali
How you feel about font and dialogue box changing for every main character while the minor cast and regular npc get their own styles? Too much?
5 minutes ago •••

TheGentlemanLoser
Just found an obviously custom effect (i.e. edited by me) in my resources>sounds folder called "rip jaw off". Dear Lord what is wrong with me as a person that at some point I needed a sound *specifically* for THAT??
(...rhetorical question.)
52 minutes ago •••