NPC won't talk to me

Super n00b problem here, but I can't figure it out. I have an NPC that when you click on him, he talks. Except this one doesn't. The character faces away from the player initially and the start of the conversation is him wrapping up another conversation, he then turns down and talks to the player character. When I click on him, his sprite flickers very quickly to the down position, then back up and says nothing. There are no conditions set on his page, no conditional branches in the conversation. The character has the walking and direction fix boxes checked (to keep him from turning down immediately when he's clicked on, the turn down is called by a set move route in the convo), trigger is action button, priority is same as characters. This is like THE most basic thing and for the life of me I can't figure out why it won't work.
It DID work at one point.

One screenshot of the event explains the problem better than any n00b can. Are there some plugins in your project that might influence it btw.?

Post a screenshot of the event here. And it might sound weird, but it has happened to me before that perfectly fine events didn't work for no reason. Remaking them again did work though.

Screenshot it is then. And I have plenty of plugins, but nothing that should affect it, particularly when it was already working prior to today. I'm using Lecode's TBS and the Yanfly plugins that came with the demo for that (Core Engine, Battle Engine, BuffsStatesCore, Skillcore, X Skill Cooldowns and EventMiniLabel). I've also added Alistair's Mana Shield, Yanfly's Equip Core (currently disabled), and Hime's Equip Slots Core and Enemy Equips. The most recent addition is Yanfly's WeaponAnimation plugin.
Every dialogue prior to this is part of autorun events that work fine, this is the first player activated dialogue. 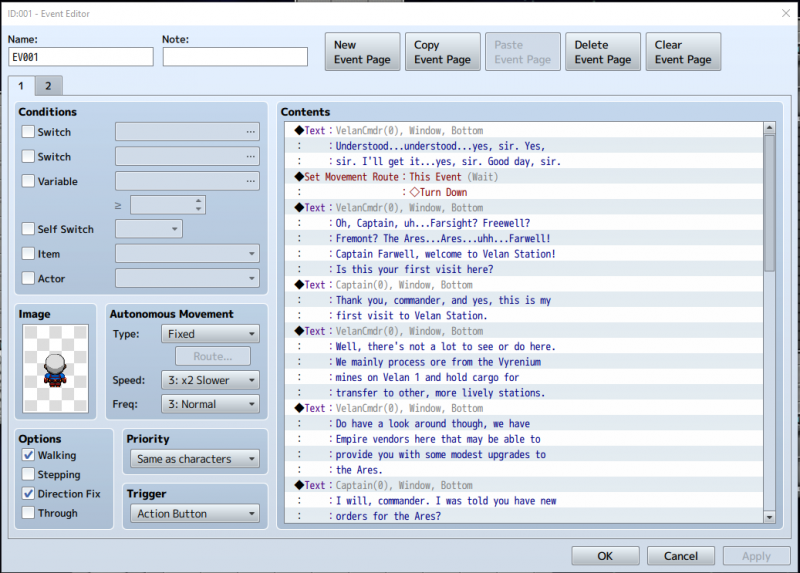 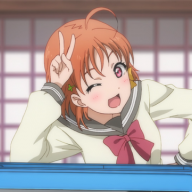 I see that the event has two pages, is the second page activated by a switch/variable?

:/ It should work. there's nothing fancy about it like conditions or switches... How about turning all plugins off and testing again? You can do that by selecting the first plugin and clicking the last while holding shift.

I suspect the second page is at fault too. MV picks the highest eligible page to be active.

Like I said, n00b question. The second page was indeed the culprit, once I assigned the proper condition it is working as it should.

MushroomCake28
This forum is a great source of procrastination for me.
6 minutes ago •••