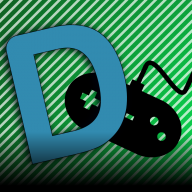 I want to make NPCs with sound effects looping, and for those effects to change volume based on how far away the player is from that NPC (event).

For example, if you're in a dark cave and can barely see. I'd want to attach a footstep sound to the NPCs' event, and loop it. And also have the sound get quieter when getting away from the NPC, and louder when getting closer.

I have been looking and googling on the internet for at least 2 hours, but found absolutely nothing.

Also, after looking around and trying out the Event Commands for the past hour, I'm having a feeling this might only be achievable with scripts. I just wanted to get clarification, in case there is a way to do it with the commands.
Last edited: Apr 18, 2017

This can be done by eventing, using a whole string of parallel processes, but it is not something that I would recommend for a new user, as one badly designed parallel process will cause huge lag problems.

Maybe, though, someone knows another way.

I've actually been using the XP version for a good 6 years, but then I took a break for at least 5. I've used VX Ace for a little over a few months, and now got back into it after a few years.

TheoAllen
Me: "I should make a quick prototype of my system to test early"
Also me: "Eh, drawing the character is more fun than actually making the game"