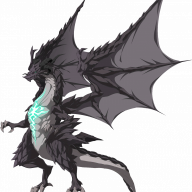 Hey the game makers. Z is back again with something not quite new. So my game has an on map encounter system. I've made the encounters using events and event proximity. But there's been something about it I've yet to figure out. So in some games with on map encounters like Dragon Quest XI, Radiant History and Shin megami Tensei IV and V you are able to attack the enemy on map to get extra advantages. I want to add this to my on map encounter. I figured I'd need two plugins. One that checks if an event is near the player and checks if the event is an encounter or an NPC and for the attack and one that plays the attack animation, I figured I could do this one by changing the actor image then changing it back then it would have to constantly check who is the leader and if the player is wearing alternate costume which I would like to implement and that seems a tad tedious. Moving on does anyone know any plugins that do this or one that performs the entire thing altogether. P.S does anyone know where I can find any good encounter image assets?

DestroyDX said:
P.S does anyone know where I can find any good encounter image assets?
Click to expand...

Check out the resources forum, there's a pinned thread that lists other threads for whatever kind of resource you want (e.g. map sprite). There are sprites made for many of the enemies that come with MV (most? All at this point?).

As an unsolicited bit of advice: Add some new lines every sentence or two. The lack of white space makes it difficult to read and parse all of your post (a.k.a. "wall of text").

ATT_Turan said:
Check out the resources forum, there's a pinned thread that lists other threads for whatever kind of resource you want (e.g. map sprite). There are sprites made for many of the enemies that come with MV (most? All at this point?).
Click to expand...

Thanks for the link to the assets.

overlordmikey
I wonder how one goes about picking a good font for a game. I find the default kinda lacking, but you gotta pick a font that's legible ya know.
38 minutes ago •••

Poryg
Fun fact. Today it's exactly 2600 days since I met my now gf for the first time. Sometimes being a programmer can be really useful. O
Yesterday at 7:22 PM •••