Here is my entry: Sort of the Rings.

Enjoy this spoof, which is actually as two for one deal. It's not just a nifty little game. It's also a demo for my latest plugin: FROG Health. It allows you to create extra HP stats for your RPG Maker MV game. My demo uses Food, Water, Rest, Oxygen, Psyche and Body Temperature as extra HP but my plugin will let you define whatever extra HP you need. It's totally customizable. ​
The premise for the game/demo is this. Froyo and Budwise met a tragic end when a random falling boulder cut their journey short. Now it's up to the Brotherhood of the Ring to take The One Ring to the center of Mount Duum and toss it into the flames and destroy it for good. It is a very straight-forward adventure. Run through the dungeon and defeat Lord Salmon. While this would normally be very drab and boring, the FROG Health plugin makes it so that you have a lot more than HP to worry about. You can starve, dehydrate, suffocate, become exhausted, suffer heat stroke or even have your mind taken over by the Dark Lord himself. Harsh environments are no longer just a cool tileset and fancy battle background. They are now a life and death situation like they should be.

I hope you like my game and my new plugin. Thanks for checking this out. Hello,
Here is my little Puzzle RPG for the challenge:

A game about saving your long lost best friend who is holed up in a creepy-looking dungeon.

Plot:
You and your friend are best friends, but somehow after 15 years you returned to hometown, you did not see him.
Recent searches led you to believe he has been kidnapped, and is inside a creepy-looking dungeon.

This is my latest entry for this challenge XD

Plot:
You have to help your dying wife as she seeks your help to do some things.

Hi there!
Here is a thread for my entry to this RPG Maker One Map Game Challenge edit:
There were some "bugs" due to trying to get an export that didn't need any downloads besides the game - I think everything is in order now.
Last edited: Aug 5, 2018

I started this the day this challenge was announced, but only got around to finishing it now once my main project was finished. I will create a dedicated forum thread after work. 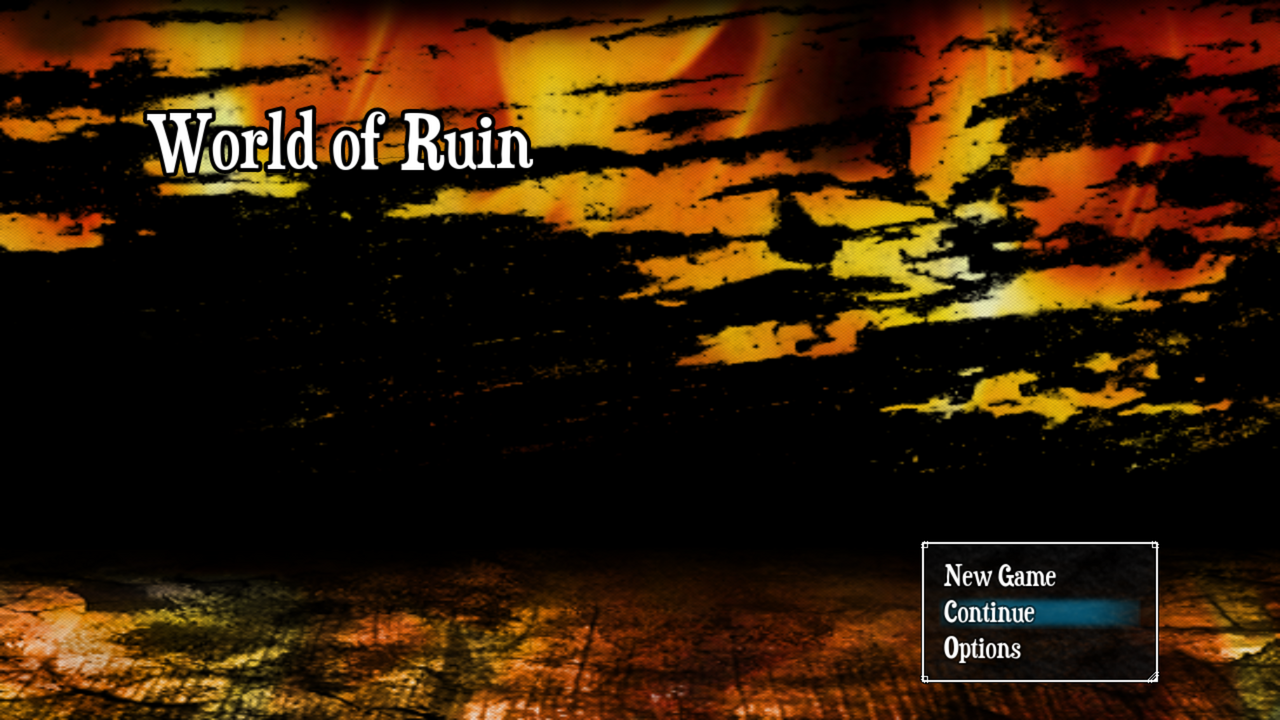 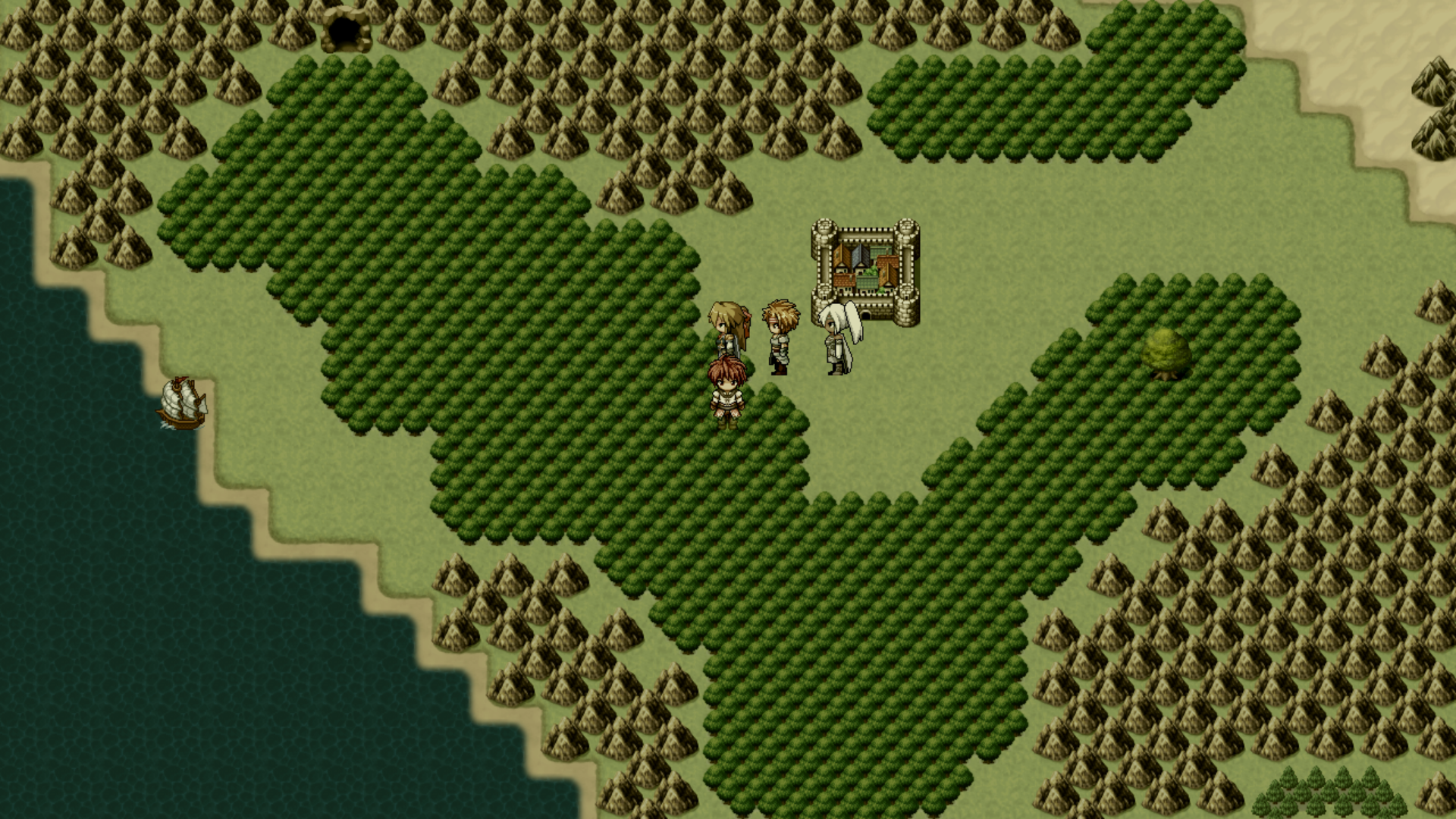 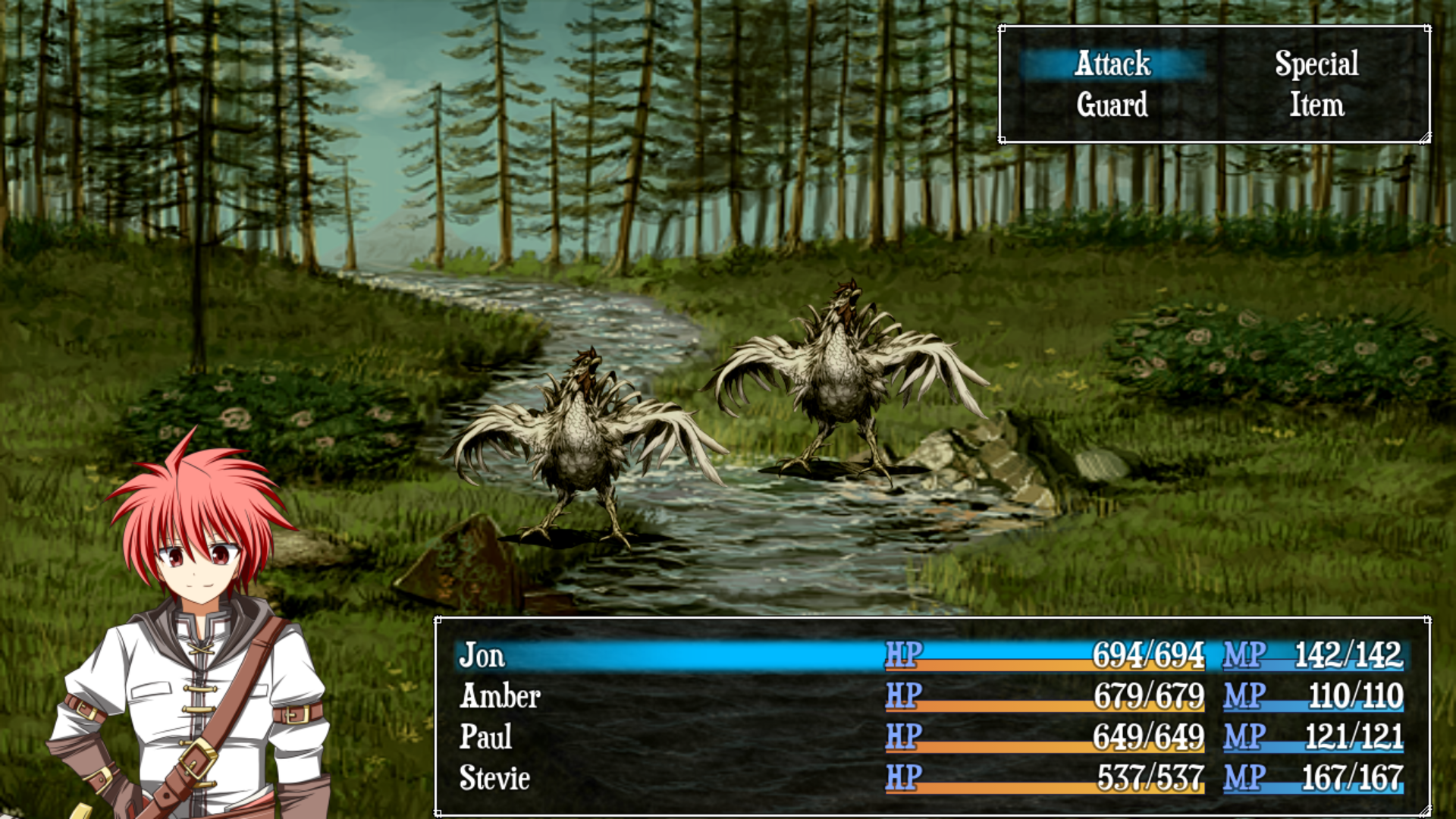 The player starts as a Hero, but is given a choice to recruit three other party members from six different classes, making seven classes total. There are also some secrets I've placed around to world for the sake of lore.

The project was probably too ambitious for this challenge, considering it took nearly two months, but the entire game is set on a single world map. The player can access shops in towns, fight monsters in 'dungeons' and try to find the five keystones to fight the final boss in a somewhat-open environment inspired by Final Fantasy 1 and Dragon Quest 3.

The idea was to have a game that still felt like a complete adventure, despite the limitations.

Edit: Very rude and careless of me. I forgot to add the plugin creators in the credits.
Full credit list: Hey, I'm not sure, but I think my game is a little bit against the rules...
If the "credits" are not part of the game, then everything should fit, otherwise the little minigame in the credits will disqualify my game.

However, I had to do credits and wanted to make them a little nicer.

But it's worth a try (you can check out the game via Steam Workshop in the RPGmaker MV itself).
Here my game (Only One Trash Game):

Features:
1 Map
1 Event
1 Event-Page
1 Switch
1 Variable
many "If", "Than", "Else".
many used alternatives to variables and switches (like the gold system, character stats - HP, MP, and some more...)

- Game-Project on Steam-Workshop (you will need the RPG maker MV):
https://steamcommunity.com/sharedfiles/filedetails/?id=1484181349 Hope is is not bad. Made in fifteen minutes! Description: A wizard gets bored so he decides to summon a demon.

I made this game in a few hours, I hope someone finds some enjoyment in it. You can download it on windows, linux, or mac here

Better Left Closed! A survival horror (more suspense than horror) on a single map! Collect 5 shards before time runs out.

Please check it out and let me know what you think! My submission: L.A.N.I.
Its a cross between storytelling and gaming.
I apologize if it isn't quite as good as it could be. I may eventually decide to make a different version, but this is the challenge version.

It only took a year, but I finally found the time to finish a game for this! Reincarnation Assistant is what happens when a silly idea gets stuck in my head in the middle of the night after reading one too many isekai stories.

It's a really simple game that is more of an experiment with eventing with custom menus, honestly.
The gameplay will be VERY, VERY short, around 15-20 minutes to complete. I finally finished my one map and I'm happy to share it with you all!
I present to you Crumbling Moonlight. I did this game for fun, and it's really simple and short. If you are good, you can finish it in less than 5 minutes.

My game name is "Power Sword".

There is no Database used in this game, neither there is a menu or a save option.

peq42_
That moment when you post the wrong download link to your game and wonder why it got so few downloads...
35 minutes ago •••