Synopsis
“Wakey Wakey!” is my entry for the One Map Game Challenge. I decided to make it into a simple endless runner (floater?) game, since that was something I hadn’t seen people make in RPG Maker. And I decided what better topic than something we all relate to: trying to get some decent sleep for once. This was sort of a prototype, and if it gets good reception, I may make it into something bigger. You play as a small child who finds himself in a strange dream world. It seems to be permanently dawn and there is nothing but an ongoing, barren field. You are a ghostly figure who floats forward continuously but can also glide up and down. Several alarm clocks come your way at increasing speeds, trying to wake you from your dream. The objective is to avoid them for as long as possible to get the longest sleep before school the next day. Once you are touched by an alarm clock, it’s game over, and your score is displayed on the screen. Because this is simply a time-waster game with its purpose being a few minutes of mindless fun (and possibly some competitivity), there really isn’t much going on in the story department, and it is also a very lighthearted game (not something that happens very often with me, because I love stories, and usually dark and creepy ones at that).

Characters
- Nameless Protagonist: The ghostly child you control. He’s just meant to be a persona to control, so no real personality or name (feel free to give him a name if you want, but I doubt you’ll get that attached). His goal is simply to stay asleep for as long as possible by avoiding the alarm clocks.

- Alarm Clocks: White flying alarm clocks with wings that very likely cannot support their body weight. Their goal is to wake Nameless Protagonist up from his dream state.

Gameplay
- Endless runner mechanics
- Custom graphics and music
- Simple controls (up to glide upwards, down to glide downwards)
- Surreal soundtrack to add to the atmosphere of the game 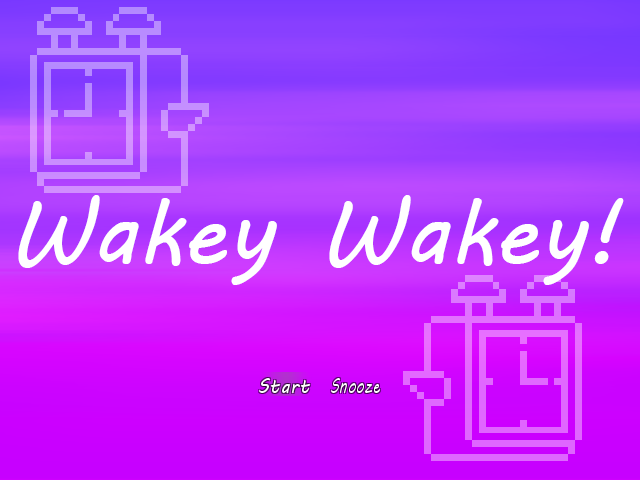 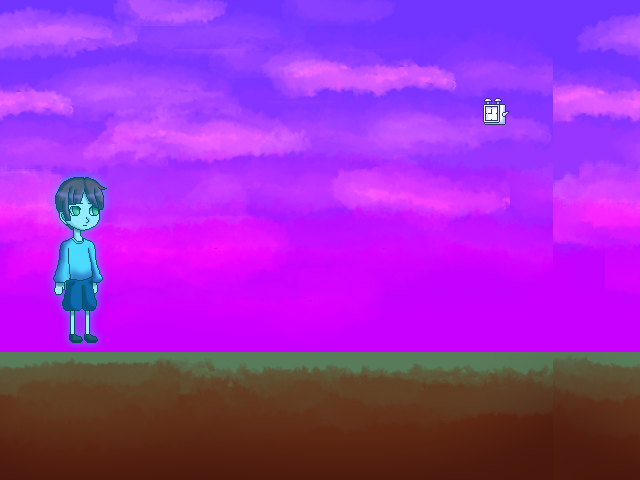 Quick side note: I probably made him a bit too large, but uh, sadly I'm kind of trash at making small sprites. 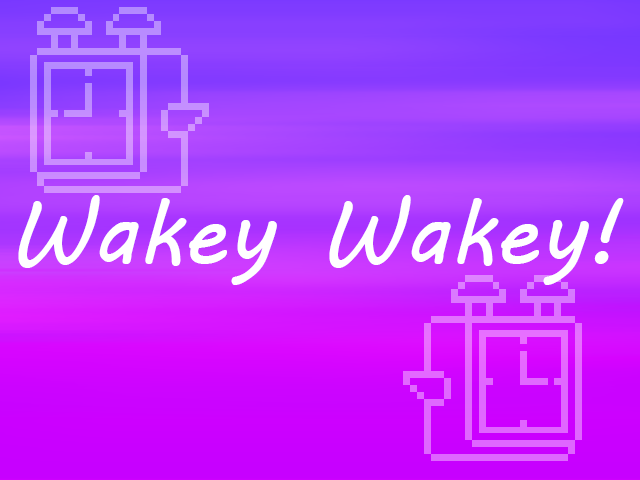 I realize that's not the best way to go about it, but Google Drive is really the only host I have right now. I've used it for a lot of things, and people have so far had no problems downloading my games, which is why I continue to use it. 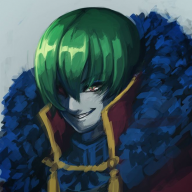 I don't see any problem with Google Drive, I've been using it too and nobody ever complained here.
That being said, the game is an interesting experiment.
I admit the system can be easily exploited by going the whole way up with the character (therefore avoiding most of the obstacles) but I applaud your efforts for being able to create something like this, it's certainly not easy.

@Dalph thanks for the feedback. Yeah, probably making him somewhat smaller could have fixed that. Or implementing larger boundaries.

It embeds itself automatically. I entered the link when I posted the thread, it just turns into that.

That's because the Board see's it as media instead of a Link.
There need to chance something in the Board Options.

@AnimeGirl I'm pretty late to say this oops but like, do you really have to complain instead of just getting on with it? Is it really necessary?

Some good news: I've been working on this game as of late, polishing some areas people commented on, and now I'm finally finished! I'll likely be posting this on Itch.io in the near future. I may do a pay-what-you-want model, or a fixed price (probably like a dollar), but I'm not sure yet.

Patch 1.2: I made some small fixes to the game.
- Added a score counter so you can see your score in-game
- Smoothed the transition between the parallax scrolling
- Added a screen explaining the controls and the object of the game.

@HexMozart88, it is a great game like a flappy bird game. Thank you.