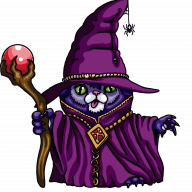 I have an area at the very beginning of my game that cannot be returned to later at all.
It would make absolutely no sense in the context of the game for the player to come back once a certain point is reached.

However it still is a very important area.

I have hidden an item in this area. A very powerful accessory. It is relatively well hidden and is meant to reward players who take the time to explore right from the beginning.

It is by no means required to complete the game. But it is still incredibly useful.

But as the player cannot return to this area later, this is the only chance they would have to obtain this.

Is this still fair game design?

One danger you run into is if there is no way to get something equivalent later, there is the danger that the players find your game hard if not impossible without it, in which case it would be seen as unfair. But you really won't know until you have others test the game and see.

My suggestion: Maybe make it a weapon or armor that is powerful for that area, but the player can buy in the next store or two stores down the line. That way those who miss it aren't completely messed over, and those who find it still get a nice reward for exploring.

What’s the difficulty level of the game supposed to look like? If it’s a harder game, then I would definitely *not* do this. Testers and players alike may view this item as an item that may heavily skew balance, and force them to grind or whatever to stay ahead if they don’t grab it.

If easier, then go for it. Testers will see quickly enough that the game is balanced without it and players will see it as a nice boost right away.

Another alternative you can do to let collectors still do their thing is let the item return late in the game. If you found the Amulet of +99 Atk at the start of the game, great! Later on, the king gives you a normal Amulet of +50 Atk because you slew the dragon. If you didn’t find it early on, the king gives you an powerful relic after you killed that dragon. Giving it to you is his way of helping handle the evil scorpion-spider-moongod. That relic? The Amulet of +99 Atk!

I actually kind of hate games that load up on missable content because it makes me feel like I need to play with a guide open the entire time. You could get around this by having it available later in an area the player can revisit. Lets say your early, once-only area is called The Mushroom Forest or whatever, then later you have the item available in The Spooky Forest, which the player can revisit anytime. In The Spooky Forest, you could add a treasure box that checks the self switch of the accessory's treasure box in The Mushroom Forest, and if it hasn't been set, then the character hasn't looted the accessory so they can loot it in the Spooky Forest. Otherwise, just have the chest be empty or contain something minor, like a potion or handful of gold.

To check another event's self switch, the conditional branch code is: $gameSelfSwitches.value("mapId,eventId,switch"), or assuming the map id is 1, the treasure box event's id is 14, and the self switch you're checking is A:

If : $gameSelfSwitches.value("1,14,A")
- Give some minor booby prize
Else
- Give super accessory
End

@empresskiova On a scale of 1 to 10, with 1 being "Baby's First RPG", and 10 being "Absolute Hell" I'd say I'm going for a 4 difficulty that gradually makes it's way to 6. It's meant to be a pretty casual experience.

The item in question is an amulet that when worn reduces all damage taken for the wearer by 25%. The game is perfectly playable without it. It's just meant as nice bonus.

Also @Aesica , this would be the only missable item in the game, as the rest of the game is contained to one giant temple divided into several interconnected areas. Players can backtrack to any part of the temple should they miss something.

Although after reading the advice I have gotten, I may perhaps design a hidden chamber late game containing said item, that would only be accessible if the item hadn't been obtained earlier.

Players could still obtain it, but it would be much much later.

I honestly wouldn't make it too much later because otherwise, it becomes too important to miss.

Lets try it this way: Does it actually need to be in the early, one-time-only area? If not, it might just be better to bump it up to an early repeatable area. That way, it can still be hard to find without turning into something that makes the player feel like they need to restart over.

I personally have no problem at all with missables (I play RPGs knowing that I will find some things and miss some things, and therefore have my own individual adventure, and I don't go back to find them later unless I'm really looking to squeeze a few extra hours out of a game I really love). But I know a lot of RPG players who think differently. I think that for those people, it's probably worth having a way to obtain any item or collectible that becomes permanently missable after a certain point - having it offered in lieu of a worthwhile but more common reward (such as a Mega-Elixir) later on in the game, as a few of the posts above suggest - is a good way to do it.

Oh, you wanna pull another Zodiac Spear? Well, that didn't work out well when Square Enix did it on Final Fantasy XII.

Permanently Missable Content is not fun. I highly recommend against it.

For the beginning of the game, I think better game design is the item be powerful for the next 10 or 20 levels, but that's it. Anything more significant and I think it's pretty unfair to have the player miss out on this. I think you ought to "teach" your players that exploration is important and that useful/rare items can be missed, and THEN you can up the stakes in a later area - doing it near the beginning of the game is pretty harsh, imo, unless your game is specifically geared towards experienced / hardcore gamers.

There must be a way to obtain this item later. Slap an Auction House somewhere that sometimes sells this item. Put a rare enemy into an out of the way dungeon which has this item as a steal item. If you have a card game, make some rare card morphable into this accessory. It can be obscure and secret, but it must be possible.

Personally, if it's just an accessory that is not some kind of a key-item for anything, I don't mind missing it.
25% damage reduction could be a lot tho(especially for the beginning of the game), depending on how you balance your game's number, but if you can have another equipment that can do similar things at later point in the game and the game is still enjoyable without it, then I'm fine with that being missable.

But on the perspective of a "fair" game, I don't think it is fair to my mentality to have a missable item. If for some reason, I went to a community or something and found that there's this item I'd missed and it sounds awesome to be missed then I'd feel on edge for more missable items.

If I were to do it as a reward for exploring like that, I'd have similar non-permanently-missable-version item that player can get later on in the game, for example, a pendant. I'll keep the amulet as a trophy for people who did find it, but also make sure that the amulet become somewhat obsolete when you get a lv.2 pendant or something. Like, make it feel good to have but not bad to miss.

Thank you everyone for your input. I have decided to alter some things in my game to allow the player to come back
to the previously one-time area, should they miss the item.