Changes:
-Custom maps now don't have a specific game mode. You can create one the way you wish through mapping and editing server.js
-new "server.onmessage(message)" function, which can be used in custom maps to wait for server messages to trigger events(Messages sent from server to client must start with "server:"). To send messages from client to server, you can use the global function "connection.send(message)".
>When making a map, remember not to use the switches 4998, 4999, 5000, the pictures id 97,98,99 and 100 nor common events 1 through 11, to make sure your map won't bug the player's game.
-You can now send commands through in-game chat:
>"/adm <password>" makes you admin(you'll need to setup a password in server.js if you're using node.js or through the command "admpass <password>" if you're using jit.js)
>"/list" lists all players connected and their IDs
>"/kick <id>" kicks a certain player
>"/mute <id> <time In seconds>" blocks a player from using chat for X seconds,
-New "mute" command(for admins).
-Now displays a text during connection to the server, to show its progress.
-New menu design.
-New options menu(made by Yanfly, soon to be further extended).
-Fixed transfer command allowing for a player to be teleported to another map(if you make an event that has a transfer to another map, it will instead transfer to the same map you're in using the given coordinates)
-Fixed problem with key "E" sending messages in chat automatically.
-Fixed problem where joining a server with custom map through favorites could crash the game if there wasn't a folder "map" within the "www" folder.
-Removed some unused files.
-Replaced SRD's plugins for the HUD with a more simple one made by me. This should improve performance and lower memory usage a bit(and also fix the performance problems when opening chrome's console in MV)


Future:
Initially I made this game having Battle Royal games in mind, but considering MV's limitations and my own lack interest in battle royal games lately, I've decided to make it be more like CS2D(where there is a main game mode(or in this case, a few main ones), but each server owner can build their own game mode, maps, scripts,etc.) from now on.

Changes:
-New MP potion.
-New basic Minimap system.
-New basic ESC menu.
-Added support for gamepad.
-New Keyboard config menu.
-New Gamepad config menu.
-Fixed HP and MP bars being able to go beyond 100%.
-Fixed player's name sometimes taking a while to display/update.
-Fixed minor problems that could cause the game to throw an error right after connecting to a server.
-Loading's text is more accurate now.
-Updated main menu.
-Players' IDs are now shown on the left of their names.
-The game no longer uses picture ID 97, which means you can freely use it in your custom map.
-Server.js is now easier to config, having its 3 main variables at the top.
-Server.js won't read the map file every time the client asks for the map info anymore, saving CPU resources.
-Client now won't send its position to the server if the player doesn't move. That should lower bandwidth usage by a lot.
-Increased chance to spawn chests of all types in the default map/game mode.
Last edited: Jul 11, 2019

-Shield now will automatically be equiped(only one can be equiped) and can't be dropped anymore.
-New Building tool.
-New lighting and Fog system(Khas advanced lighting and fog).
-New lantern(the player will always have it equipped. It's a global light that appears for all player when one turns it on).
-Added day/night system to the default game mode(synchronized by the server).


-The client now won't replace its default tileset/audio files anymore. When making a custom map, make sure to name your tileset/audio files to something that not the same as the default ones to make sure your map works.
-Fixed: when playing the default game mode, the match won't reset anymore if there are only 2 players alive and a expectator leaves the match.
-Fixed: now even if a player joins after an event has been spawned, the event will be spawned for them aswell.
-Fixed: gramps being able to sell HP potions to people with an MP potion.
-Fixed: gramps being able to sell items to dead players and spectators.
-Fixed: opening chests on top of each other causing all chests in the same position to disappear.
-Fixed: HP bar not displaying HP percentage correctly if the player equipped a shield.
-Fixed: MaxHP and MaxMP not going back to 100 when the server resets the game.
-Fixed: MP potion not being removed from your inventory upon death.
-Fixed: a typo in server.js
-Fixed: a typo in the script responsible for copying the custom map downloaded to correct folder, that could cause custom maps to not work.
-Removed "Now Loading" image.
-Removed contents of "SceneManager.onError" from deployed version to avoid weird random errors that don't seem to affect the game but were still blocking it whenever thrown. 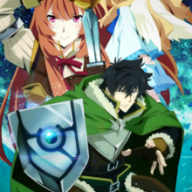 TheNewSon
I'm making my game in both English and Portuguese. I wonder if I should add Spanish too? :v
7 minutes ago •••