Hey guys, new here to the forum but I'm sure that posting here is the best chance of some advice on what I need.

Basically... I'm making a game that is sort of open world... there's several maps but the player can mostly go to any part of any map whenever they want and explore freely. I'm using the Yanfly Enemy Levels plugin as to balance the gameplay and the PH Quest Book plugin to handle quests.

My question is... What is the best way to have the quests come up in a way that doesn't interfere with the open exploration? For example, some NPCs have if statements so that if the previous main quest is complete, they'll offer the next one. but with side quests and things too, it's getting a little complicated. Is there an easy and efficient way to deal with this that I'm not seeing?

I want it to be player friendly and simple to follow but also to offer a decent amount of depth to the gameplay.

Thanks in advance for any advice you can give!

I don't know if there is a real easy way to do this. There are a few different ways of presenting the player with quests but that also depends on the nature of the quest, IMO.
Maybe when a player discovers a certain point on the map a quest can trigger, maybe when finding an item. Maybe by reading a book, or having a 'quest board' in town that displays quests depending on the players level... Maybe a flashback leads to a quest start.

There is no easy way to set this up that I know of. In fact, the problem you are encountering is why I tabled my open world game until my 2nd or 3rd project, and went and made a linear game with a few side quests instead for my first quest, as I figured I needed to get better at the engine before tackling the challenge of the open world game.

Never make an open world game for your first game. It's very difficult and if you want it to be really good, costly (in both time and money, I've spent over 700 hours in the engine alone and 1K from my pocket on mine so far and it isn't even in beta yet). So I would recommend turning away now or converting your project to a linear one if you don't have much experience in RPG Maker or game design in general. Don't be afraid to scrap ideas if you feel like you can't follow through with them to a certain point, because it will end up being a bad/mediocre shell of what it would have been if you were comfortable with it.

That being said, there is no easy way to do it. I can offer a streamlined solution, but it requires you to go back to the basic building blocks of the game before a lot of stuff is even present in the engine. The way I'm doing it is to write out the entirety of all the quests, which we're still doing (over 70 at this point, shooting for 100), assign them to areas in a spreadsheet, create all of the NPCs in another spreadsheet that correlate with that quest, and then use the number of NPCs in that spreadsheet to actually create the towns/cities/villages/etc. to make sure there is room for them all. Every place the player goes to in a side quest is written down, and every NPC they interact with is written down, which makes the balancing of where side quests are and when they take place a lot easier than it normally would be. This is a good concept for game design in general. Do as much as you can before actually starting to build in the engine because it is much easier to change and a lot easier to organize and build off of.

@_mcowen Though I fully agree with Prescott that this would be the most efficient and ordered way of doing it however there is also a more scatter-brained approach that can actually work as well. I usually build my world first, then I do the overarching story, then fill the world with NPC's and then I play-test walking around each map looking to see what quests might fit.
Example: I have a tavern which doubles as a bounty-hunter HQ. So there will be a board with bounties there. I have placed some NPC's in there as well, then I walk in and ask myself what would the belly-dancer offer as quest : Is she dancing to earn money for her own place? Is she being harassed by rowdy customers? Is she spreading joy to the world in her own way? What is the lone man in the corner doing? Does he want to team up on a bounty or would he start a rivalry with me? Those things I write down and work out and then implement them, going back and forth between maps until it feels natural and logic. Admittedly this is a very round-about way of doing it, but it kinda depends on your own personality and preferences what works best for you I think

Currently over 1500 hours on my open world game and not completed yet. I've also coded everything myself (except a few stuff, such as keyboard input and the default map scene).

As everyone said, if you're new you're better off starting with an easier project. You could still attempt it, but 99% of people get discouraged when starting with an ambitious project first.

@MushroomCake28 True. They usually underestimate the complexity and maybe even more the time it will take .

@Finnuval Although some people actually manage to do a huge project on their first try. It's still really rare, but if he has the passion and the determination to carry the task, I wouldn't why he shouldn't do it.

Worst case scenario he'll abandon midway, but he would have learned a lot form the game making process.

Myself I had a big project going when I first started out, but the lack of experience makes it hard.
You learn to make things more efficiently or more player-friendly.. however, as you didn't know before, you used the more complicated way to make stuff working in your game.. then it's decide whether to go through all of it and "fix" it, or just go on like that..
This doesn't happen once or twice, but all the time.
Then you maybe learn how to make maps more beautiful -> thus, you might go back, fix all your maps..
Then you find out, your database is a mess and hard to work with.. -> u need to decide whether spend hours/days fixing that or just deal with it.
Then a bug occurs.. due to being unexperienced there comes a point when you simply can't fix it -> hundreds of hours gone and u can't finish your project.

Buuuut I still wouldn't call it wasted time.
It's been 800+ hours in my first project. I've learned really so much and can now build my games from scratch in a much better way. 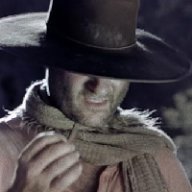 MushroomCake28 said:
I've also coded everything myself
Click to expand...

>GASP!< How dare you!? Don't you know there is already a plugin in existence as we speak perfectly suited for everything you could ever possibly need? Don't think, just slap it in and go go go. Spending hours actually learning and customizing the engine itself, expanding your mind as you efficiently bend the core to your exact needs. The gall. You sir should be ashamed.

Guanto said:
>GASP!< You sir should be ashamed.
Click to expand...

I'm terribly sorry and ashamed of myself! I shall proceed to create a new RTP only front view unbalanced RPG Maker game!

MushroomCake28 said:
I'm terribly sorry and ashamed of myself! I shall proceed to create a new RTP only front view unbalanced RPG Maker game!
Click to expand...

Finally, you've drank the Kool-Aid. And please make sure when you post a screenshot of your plugin manager that it scrolls down for 3 or 4 thousand lines, just so we know you are really getting the gist of what it means to "make(r)" your own game.

Sheesh, I tell ya, some people 'round these parts... doing things themselves... what's next? Asking how to create their own events or manipulate their own code for their own needs? Blatantly flying in the face of dozens of helpful people chanting in monotone unison that something premade for the masses already exists that barely does what they want but does hundreds of things they'll never need? The horror.

To save replying to each individually, I thought I'd put the reply here. It's not my first project by any means. I may be new to the forum but I've been using RPG Maker since XP. And exclusively for linear games. Now I want to try something a bit more complex.

The idea is that there is the overall main story but also plenty of side quests for finding extra items and stuff.

I want it to almost have a Skyrim type feel to it where quests are picked up in many different places. But how to lay it out is the problem I'm having. For example, if one town is the destination of several quests, should I have multiple variables to decide what an NPC reaction is? For example, if a certain quest is active an NPC will say something different.
But also, what if I want one side quest to only be available once a certain story quest has been completed? How would I put that into practice?

But also, what if I want one side quest to only be available once a certain story quest has been completed? How would I put that into practice?
Click to expand...

Through a Switch.
If the event else does nothing, make the Switch a requirement.
If the Event has a different dialogue, add another Event Page with the Switch requirement.
The engine will always run the last page (which fullfills the requirements, which is the Switch here) of an event.

should I have multiple variables to decide what an NPC reaction is? For example, if a certain quest is active an NPC will say something different.
Click to expand...

Exactly. It's done with variables.
I personally like in these cases to use common events, as they are more organized imho. But it's not necessary, Up to you, how you make it into practise - both way work.

Especially on longer events which are not only the NPC saying another sentence, I think common events help alot in organizing.
This way u can set up the NPC ready to play, while having its name in a organized list of common events and change / add anytime sth there.

And generally on longer projects I think it helps, to have the game's base and framework built asap -> so it will be playable anytime, and on this build the details and all the quests.
You must log in or register to reply here.
Share:
Facebook Twitter Reddit Pinterest Tumblr WhatsApp Email Link

Haydeos
New card design, thanks to all my free time quarantined. (Hope that's not too big of an image XD )
Today at 6:04 AM •••

Philosophus Vagus
What do you do when you're your family's resident computer 'expert'...but you are anything but a computer expert?
Today at 4:08 AM •••

Storyteller-Hero
I wanna be the very best, like no one ever was. To make a game is my real test. To play it is my cause.
Today at 3:43 AM •••