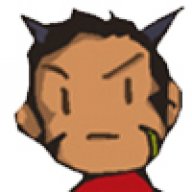 "Greetings, fervent listeners! Every story has a beginning, including this one I'm about to tell! Even to this day, the elders still remember and the bards keep singing of one of the most ancient tales of our beloved Albhain! An epic fable of the brave heroes who journeyed all around our kingdom to save it from its demise! A legend full of devious monsters, arcane magic and... well, you all got the point by now! However, incredulous fools... do you know EXACTLY how did everything befall?"
Click to expand...

Hey there! First and foremost, thank you for taking your time reading this. I've been a member of the forums for quite some time, and the questions solved and information provided through it had helped me a lot in the past, even if I mostly lurked around every now and then. I'm finally working on a project, so it only feels natural to share its development with all of you here!

ORBCRAFT CODEX, taking place in a high fantasy setting, borrows a lot of inspiration from classic pen-and-paper and pre 2000 computer role-playing-games (both western and particularly japanese), which I'm kind of obsessed about from a long time!

Its story centers around a soldier trainee from the Garaw Fort (the Protagonist) who, after being given an important task, will find himself travelling along new companions towards the Capital-City of the Kingdom of Albhain, hopefully on time to prevent an (of course!) impending disaster.
Characters

The Protagonist / Battler
Our main character and the one the player sees the story through! A soldier aspirant from the Garaw Fort with little memories of his past (ya'll see that coming!). As a battler, he's able to dish and sustain a lot of physical damage, however if he falls in combat is game over...

Morann / Enchanter / Neutral
A túath hailing from the distant land of Eiresthe looking for a missing powerful (but also dangerous) grimoire. Although initially weak, enchanters can learn many useful and devastating magic spells.

Cormag / Vicar / Law
Having spent most of his life in the Refer-Sart Priory, he's good-natured and a person of high morals. Vicars have a bit of battlers and enchanters, as they are able to resist a lot of damage and have their own (although more limited) selection of magic spells to aid the party.

Tamhas / Marauder / Chaos
Despite being involved in crooked dealings and having his own agenda, he owes his life to the Protagonist, which eventually will lead him to join the party. Marauders can provide good support either in battle or during dungeon expeditions thanks to their unique aptitudes (which you probably have guessed already!).
Game Features

Thank you so much for reading this thread and to those who accepted it the first place!
I added a new section containing some videos featuring the first minutes of gameplay and dungeon exploration. Hope you guys enjoy it and, as usual, feedback is encouraged.

OcRam
Next goal is to make pull & push + lift & throw systems with mouse support and have skill levels in them and action indicators!
37 minutes ago •••

48Tentacles
>What's your avatar about? Is it yours?
I did not do that drawing. It's a screenshot taken from a comic featuring characters from Touhou such as Tenshi and Iku (the girl in the avatar). It's drawn by someone under the name of Yohane.
Link to the comic (SFW, but navigating around Dynasty Reader is NSFW)
53 minutes ago •••